Magician X will appear on tonight’s semi-final. But we can reveal the mystery illusionist is actually someone they all know because he has auditioned before.

The spooky star has returned in disguise to try and win BGT and has so far fooled everyone.

In his original audition this series, Magician X performed a trick with Ant and Dec to prove they had a psychic connection. 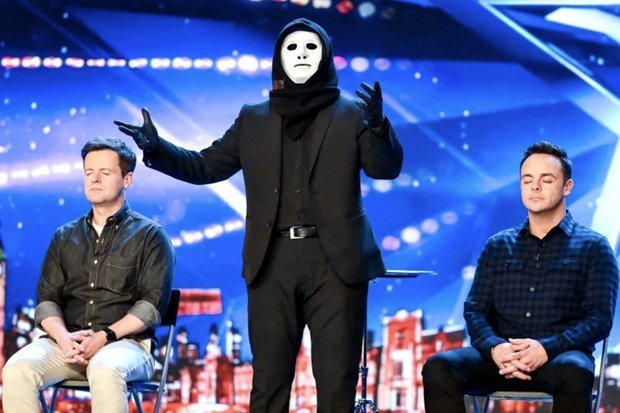 The lads and the judges were completely un-aware the act is familiar to them.

Tonight Magician X is back for the last of the live semi-finals.

A source said: “Magician X has pulled the wool over everyone’s eyes this series. At the moment we are not sure when they will reveal their true identity to the nation.”

Meanwhile, semi-finalist Jacob Jones wants his wedding to be a BGT reunion. The singer proposed to his girlfriend Faye Compton in front of the judges at auditions and now wants them to attend.

Jacob, who is on tonight’s show, said: “I’ll be inviting Simon Cowell, Ant and Dec. And I want Stephen Mulhern to be a page boy.”

Magician Ben Hart and singer Marc McMullan last night made it through to the final.

A source said he has a bad knee so couldn’t take part in a can-can.