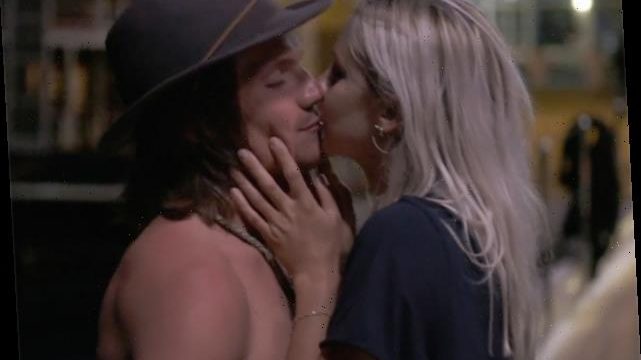 “We’re friends, yeah?” Sydney Zaruba asks Gary King in this exclusive sneak peek at tonight’s episode of Below Deck (airing at 9/8c on Bravo). After their one-night stand in last week’s episode, it’s safe to say these seaside teammates no longer share a strictly professional relationship.

In the preview, Gary tries to go to bed but Sydney continues flirting and climbs into his bunker. Though Gary deflects (“You think this is gonna become a f–king sex cabin?” he jokes) and says he’s trying to get Sydney to leave, he ends up climbing into bed with her.

The episode, titled “Barrie’d Alive,” will see the Parsifal crew on edge while waiting for the results to an important test. “But when night falls, they make good use of their unexpected time off with a naughty game of Truth or Dare,” the official synopsis reads. Expect some drama when Sydney notices that Alli and Gary are flirting and decides to take matters into her own hands — which doesn’t go the way she expects. Meanwhile, Alli will receive a life-changing phone call.

Plus, the crew tends to their third charter of the season, during which a “high-maintenance modern family sends the crew into a tailspin.” Meanwhile, tensions between interior and exterior crews will brew as Daisy and the stews “rush to keep up with a slew of non-stop drink orders while the deck team drags their feet on offering relief. Natasha hits the skids with a dinner service that leaves everyone feeling uncomfortable.”

Watch Gary and Sydney flirt in the sneak peek below.