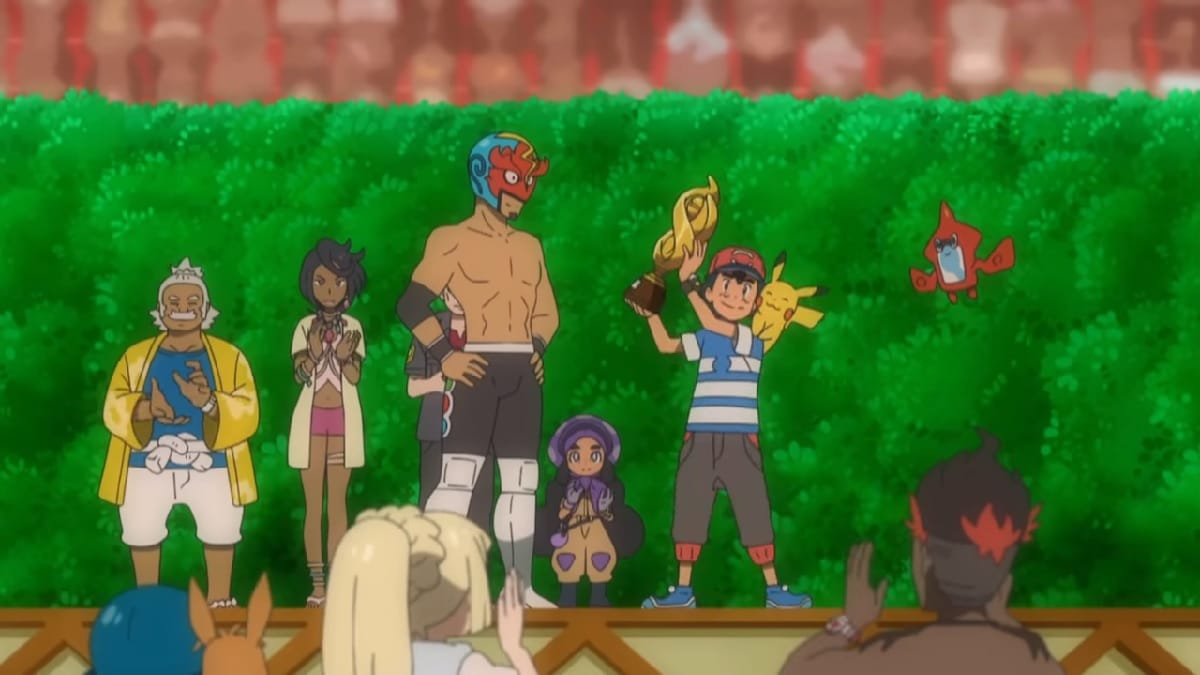 Our boy Ash did it! He finally did it! But before we go any further, we do want to warn you that we are going into spoiler territory for the Pokémon Sun and Moon anime. So just be warned!

In the previous episode, we saw Gladion and Ash in the finals of The Manalo Conference in the Alola League where Silvally took out Ash’s Melmetal. In turn, Ash’s Pikachu used a well-placed tactic of Electroweb and Irontail combo to knock out Gladion’s Silvally.

In this new upcoming episode, we see Pikachu facing off against Gladion’s Zoroark, and in a very hard-fought fight the battle ended up with a double KO. Visually, this was my favorite battle of the episode. Now both trainers were down to their final Pokémon, and it ended up being Gladion’s Lycanroc: Midnight Form versus Ash’s Lycanroc: Dusk Form. Things kicked off with both hitting their Stone Edge attacks.

For those who follow the anime series, they’re familiar with the rival the two Lycanrocs have with each other with Gladion’s Lycanroc usually having the upper hand. So it was not that surprising to see that Gladion’s Lycanroc was dominating this match up. But Ash’s Lycanroc, showing it’s fighting spirit, would not give up. It used the trump card of countering a counter-attack and Ash’s Lycanroc stood victorious.

It took 22 seasons of Pokémon for Ash to become a League Champion, but he finally did it! Our boy did it! This win is especially big considering the Kalos League finals in Pokémon XYZ.