This week’s Antiques Roadshow saw one guest bring in a piece which showed a cartoon rat holding a power drill which they believed to be produced by Banksy. They explained they had found the art work by Saltdean Lido in Brighton and took it from the wall without permission. The revelation left Rupert a little uneasy as he explained it would be “difficult to sell”.

Rupert began: “So, no prizes for guessing what this is. Obviously, it’s a Banksy, signed it and it looks like it’s on an old steel play that’s been torn off a building or something. How did that happen?”

The guest detailed: “ That’s right. I used to live in Brighton in the late 90s, early 2000s, and I was walking along the Brighton seafront when I saw it on the Lido on the seafront.

“It looked loose, I went over and pulled it off basically. Yeah, just a little bit of tug.”

“You brought it to us,” Rupert replied. “What do you want to know about it? You know what it is.” 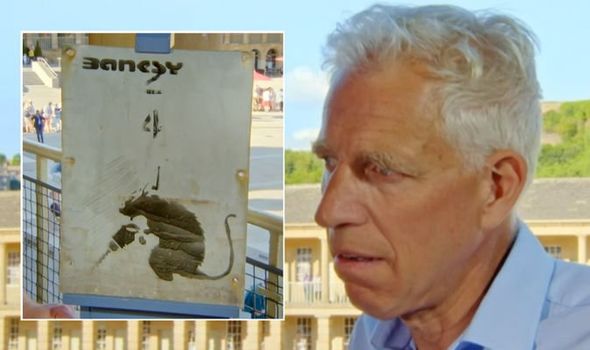 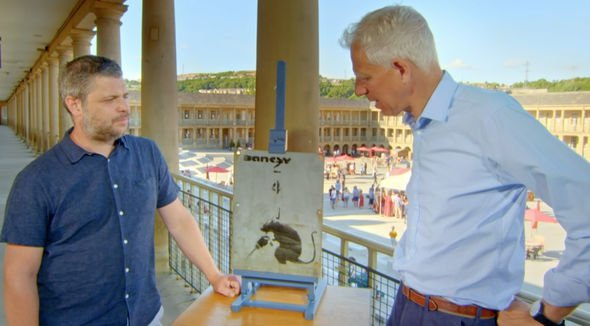 The guest answered: “I know what it is, I know the sort of year it was, it was around 2004, it’s basically just trying to get a valuation of it.”

“Now, that’s a tricky thing because the thing about Banksy, and he’s not the first to have done this, of course, is that he manages his brand very, very carefully indeed,” Rupert explained.

“He has a website where you can go in and you can apply for a certificate of authenticity of his work.

“And then he or his team will issue one if they think, first of all, it’s authentic. 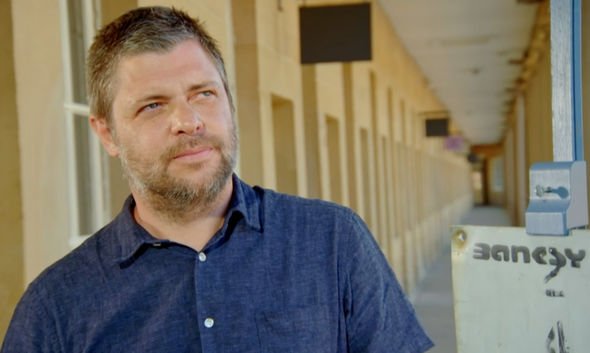 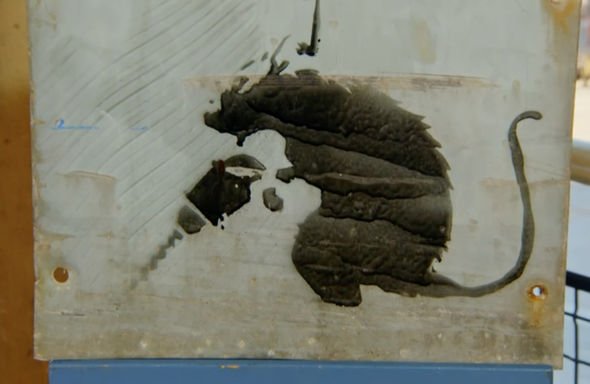 “And B, they think that it has not been removed from the public domain for which it was painted and into the private.

“Now, that might be a reason for not issuing a certificate of authenticity.

“He calls it pest control, which is rather good considering the rat features rather a lot in his work.

“I wonder whether you’ve tried to get one. Have you?”

The guest confirmed: “I have, yes.”

“How did you get on with that?” Rupert asked.

The guest answered: “Yeah they said they couldn’t claim it was an original Banksy.

“I know it’s real, you know, because Brighton was hit quite a bit by Banksy when he was down there around that time.”

“I think the message here is that if you do see a piece of graffiti art out there, leave it, leave it for the public,” Rupert instructed.

“I’m not lecturing you. I’m just saying that without that certificate, it’s just very difficult to sell.

Learning the piece of art was no longer valuable without a certificate of authentication, the guest simply replied: “That’s fine.”

Antiques Roadshow airs Sunday on BBC One at 7pm