BBC Two viewers saw Tim Medhurst joined by Irita Marriott in an old episode of Antiques Road Trip. The pair were on the hunt for some treasures which they could snap up at low prices and Tim found a very small beaded box in amongst a bigger box of other bric-a-brac. He bought it for £1 and make a big profit when it went to auction.

Looking around an antique shop, Tim rifled through a couple of boxes on a table.

“All kinds of weird and wonderful,” he said before something spotted his eye. “What’s that? That’s interesting. Oh! There’s the other half.

“Now, I like this. You can see that it’s glass beat work and then inside is a wood and it looks like olive wood to me.

“Now, my thoughts immediately got to Turkey, lots of olive trees in Turkey. 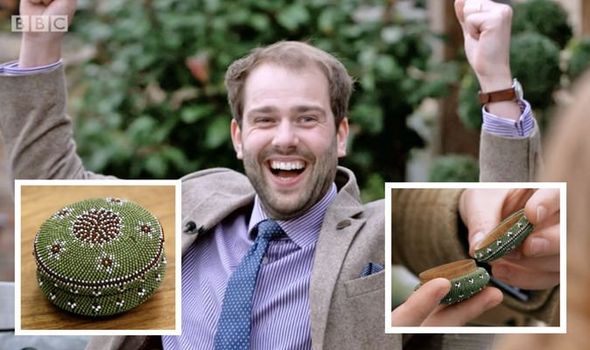 “And the reason for that is, during the First World War there was prisoner of war camps over in Turkey where they held all sorts of prisoners,” he told viewers.

“Look at that! So nicely made, all woven with little glass beads.

“I wonder how much it is, there’s no prices. Look at that, all items in tray £1 each 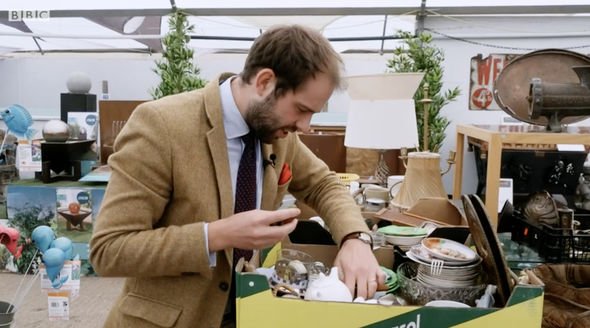 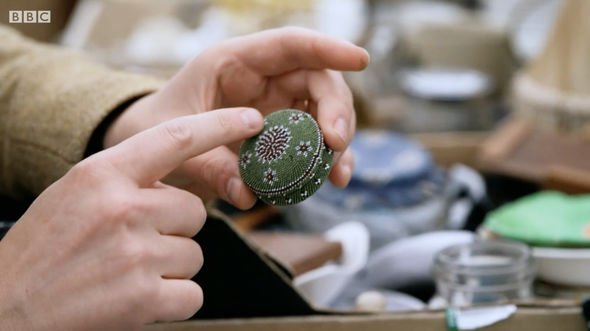 The expert added: “Well, I’ve got a pound in my pocket, I’m just going to buy it.”

Approaching the show owner, he said: “Rob, how are you doing?” And he replied: “Fine thanks, Tim.”

“Good. Well, I’ve been rummaging in your pound box and found a box for a pound. What do you think?” The presenter asked.

And Rob said: “I think it’s quite attractive, tell me what it is?” 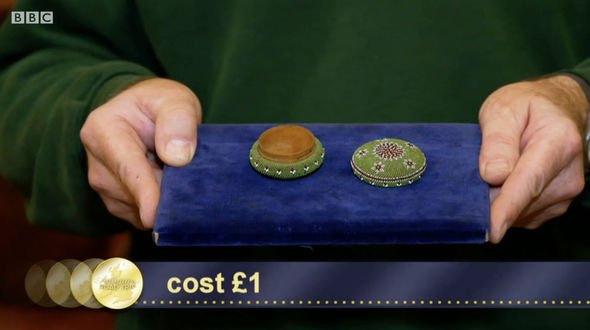 “It’s a little prisoner of war work box, early 20th century. so, I owe you £1, Rob,” Tim commented and the shop owner remarked: “I hope you make money with it!”

When Tim sat down with Irita for the auction, she told her co-star: “I have absolutely no doubt it will do well.”

After the hammer went down, it was revealed Tim make a profit of £49.

Irita wondered: “How do you do it?” And Tim explained: “It was a stroke of luck, that one.”

Antiques Road Trip is available to watch on the BBC iPlayer now.