The 45-year-old presenter appeared the happiest he's been in years after proposing to his former PA over Christmas and battling his demons. 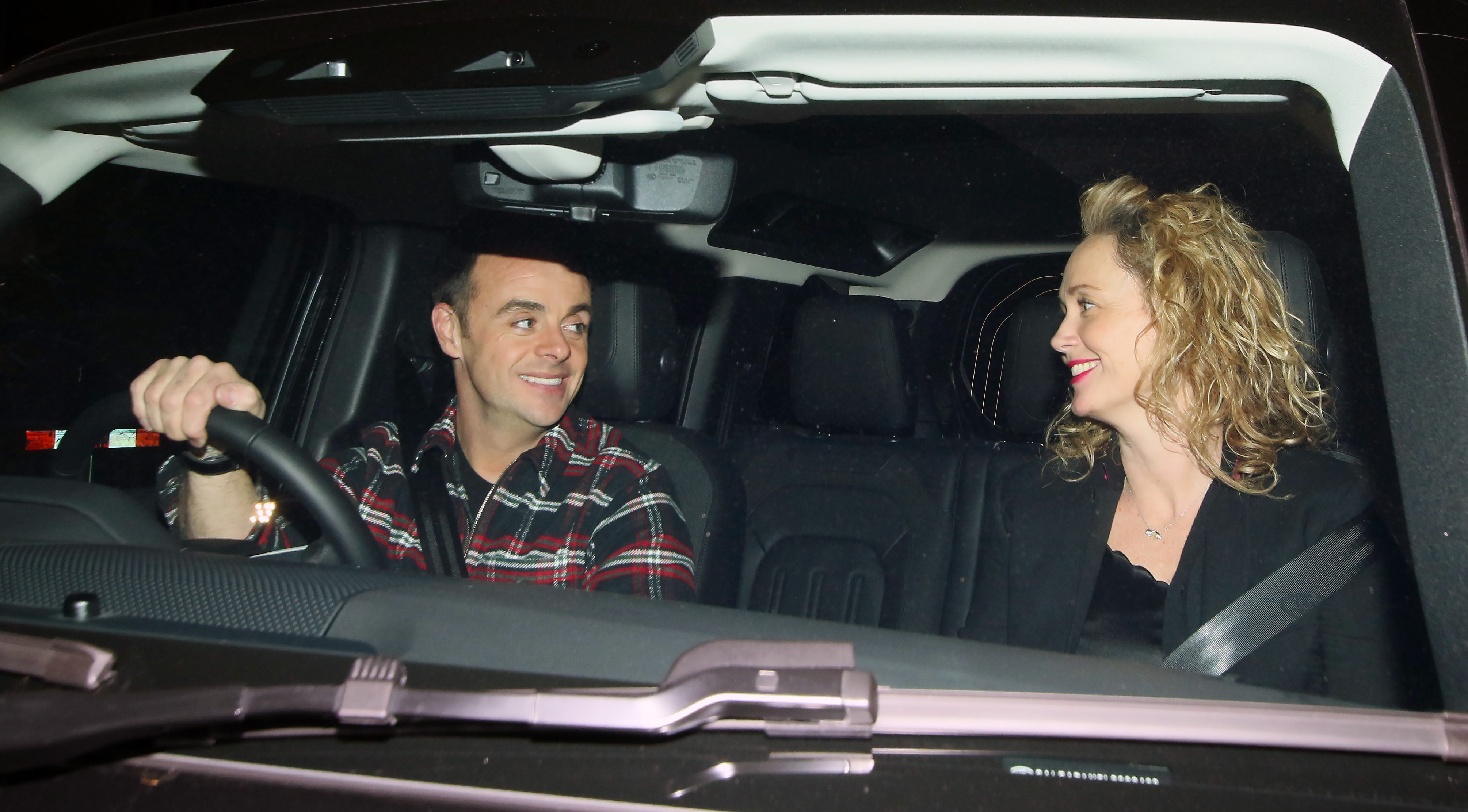 TV star Ant, dressed in a plaid shirt, even waved at photographers as they snapped him driving away from London's Television Centre.

Anne-Marie looked pretty with red lipstick and a new curly hairstyle that she pinned back from her face.

The mum-of-two wore a low-cut black, silk top and a blazer, with Ant dressed in a relaxed plaid shirt.

The couple, who got together after his split from wife of 11 years Lisa Armstrong, drove away in high spirits as they looked affectionately at one another and Anne-Marie, 44, was seen laughing and smiling at Ant's jokes. 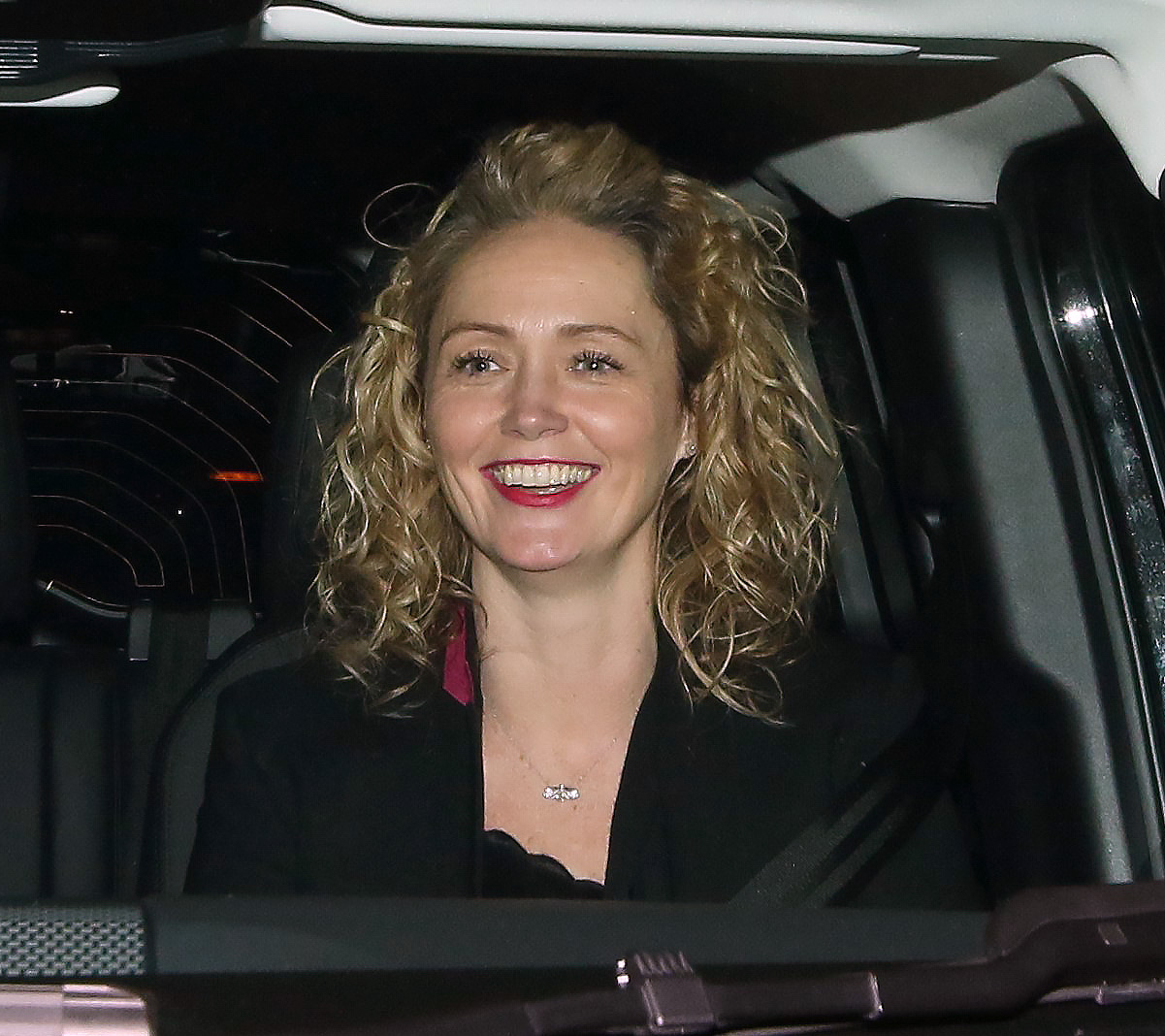 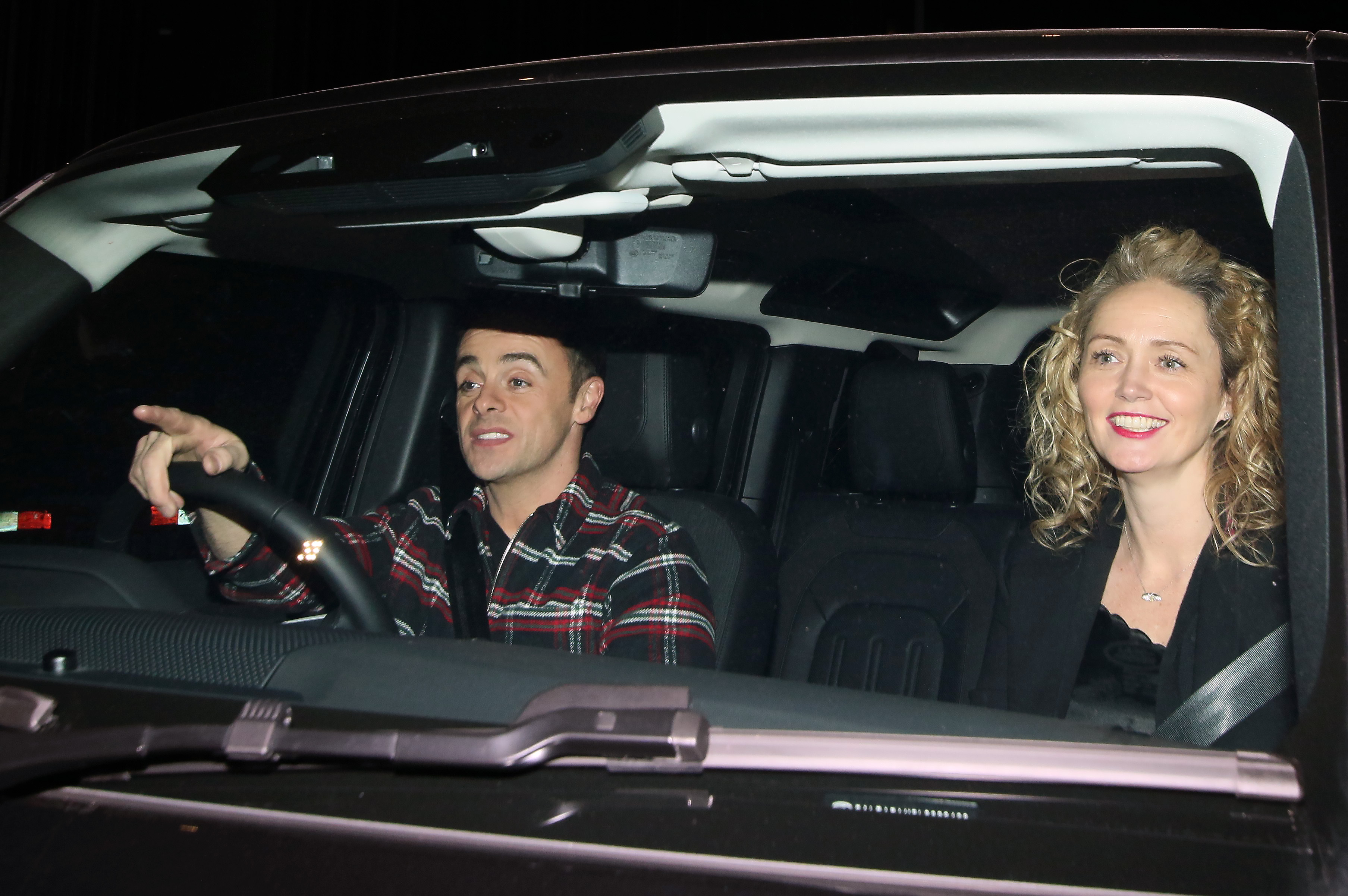 He said: “Anne-Marie honestly is the fundamental reason for the great change in my life.

The Sun exclusively revealed Ant proposed to Anne-Marie and got down on one knee on Christmas Eve with a ring he designed and chose himself. 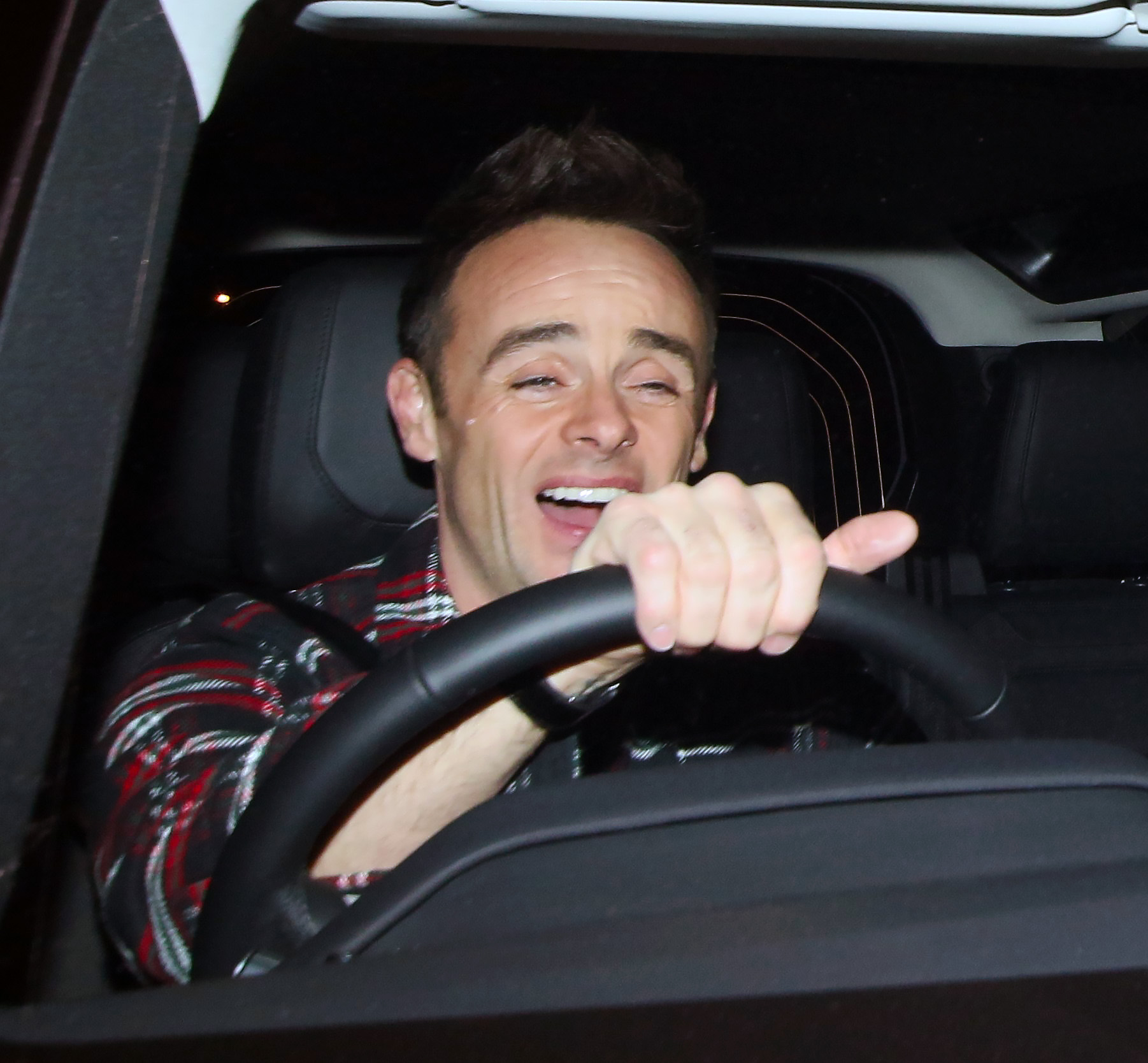 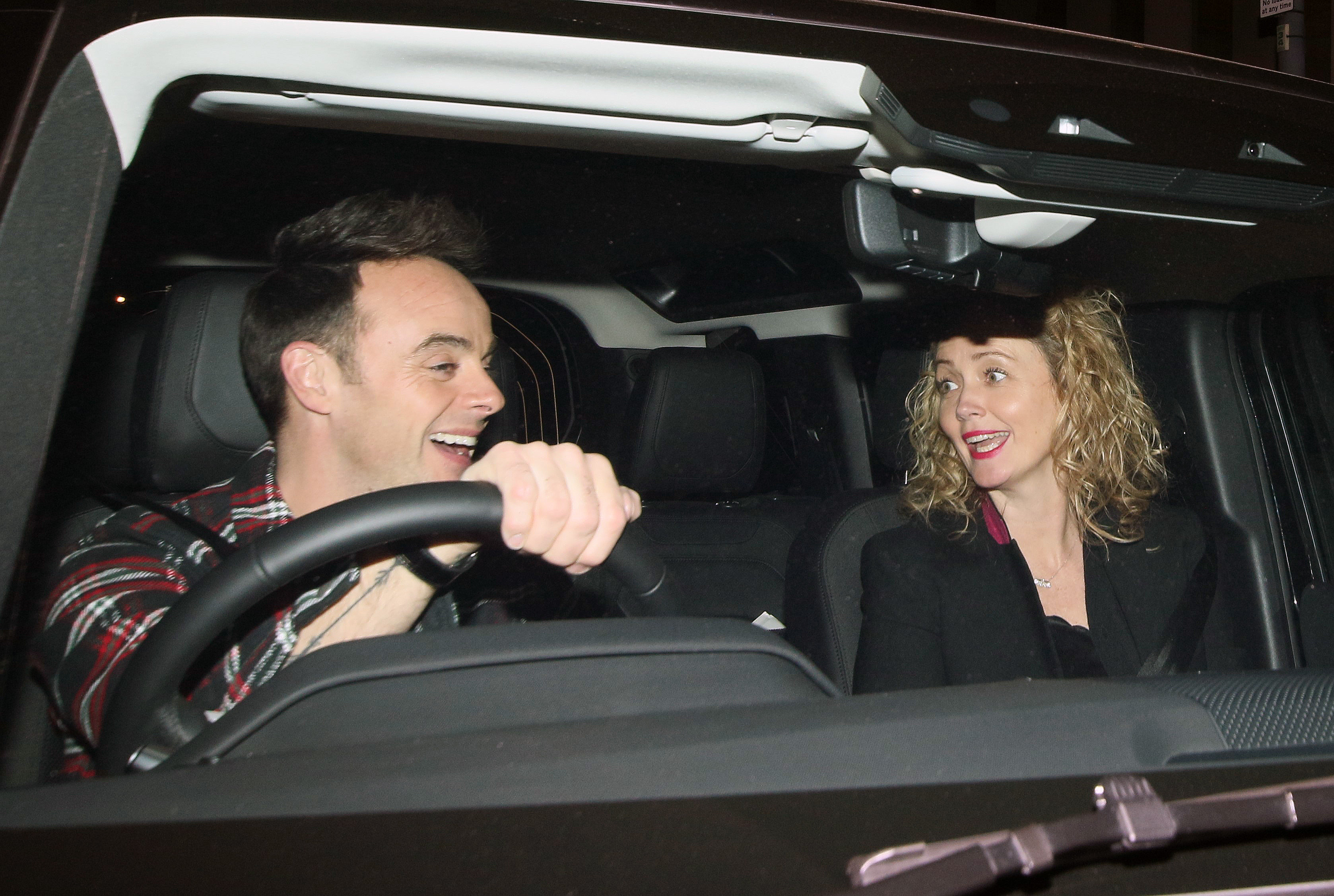 Last month, Ant spoke of the moment he proposed to his former PA for the first time, revealing he popped the question in front of their Christmas tree.

Ant said of the proposal: “It was a lovely way to end the year. “I’m a romantic at heart. You know, there were flowers, and afternoon tea in front of the Christmas tree. Lovely. It was lovely.”

Ant also said he would consider having his best pal Declan as his best man but admitted they had not started planning the wedding.