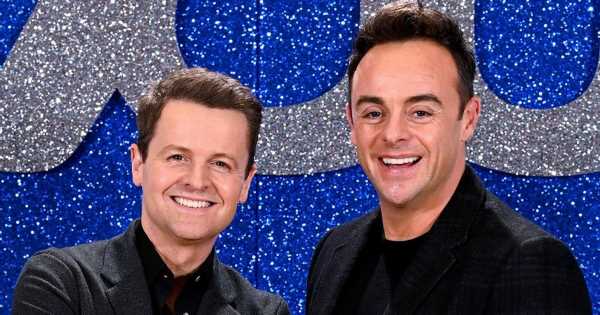 The presenting duo confessed that they stopped worrying how their programmes would perform with viewers after realising that TV has changed significantly over the years.

Ant, 46, and Dec, also 46, recently launched new gameshow Limitless Win adding to their already impressive CV of hosting duties including Saturday Night Takeaway, Britain's Got Talent and I'm a Celebrity… Get Me Out of Here!

But they have insisted they won't have any "sleepless nights" over the popularity of the show that sees contestants battling to secure an unlimited cash prize.

Speaking to Mail Online Ant said: "I don’t feel that much under pressure in terms of overnight figures anymore because the landscape has changed. The pressure is to get it right and to make the right show.

"It looks really good, we delivered what we set out to deliver. You’re nervous launching any new project but we’re very proud of what we’ve done. It’s the show we had in our heads."

And Dec admitted that the sleepless nights come when you're filming the show, not when it goes to air.

He added: "We’re proud. You put it out there and hope people like it. It’s a fun, exciting, dramatic watch.

"We hope people like it as much as we do but you can never tell, can you?

Viewers of the new offering from the Geordie pair were left a little confused by its debut over the weekend.

Taking to Twitter to discuss the format one wrote: "Oh dear Limitless Win just doesn't work!!! Too slow, too complicated and all a bit pointless really as they don't even have to get the answer right to go up the ladder!!!" Another added: "This format is incredibly complicated! Wtf is going on? It's easier to understand Only Connect!"

They wrote: "Thank you so much for all your lovely Limitless Win messages. We’re so glad you enjoyed watching it as much as we enjoyed making it. Roll on next Saturday!"