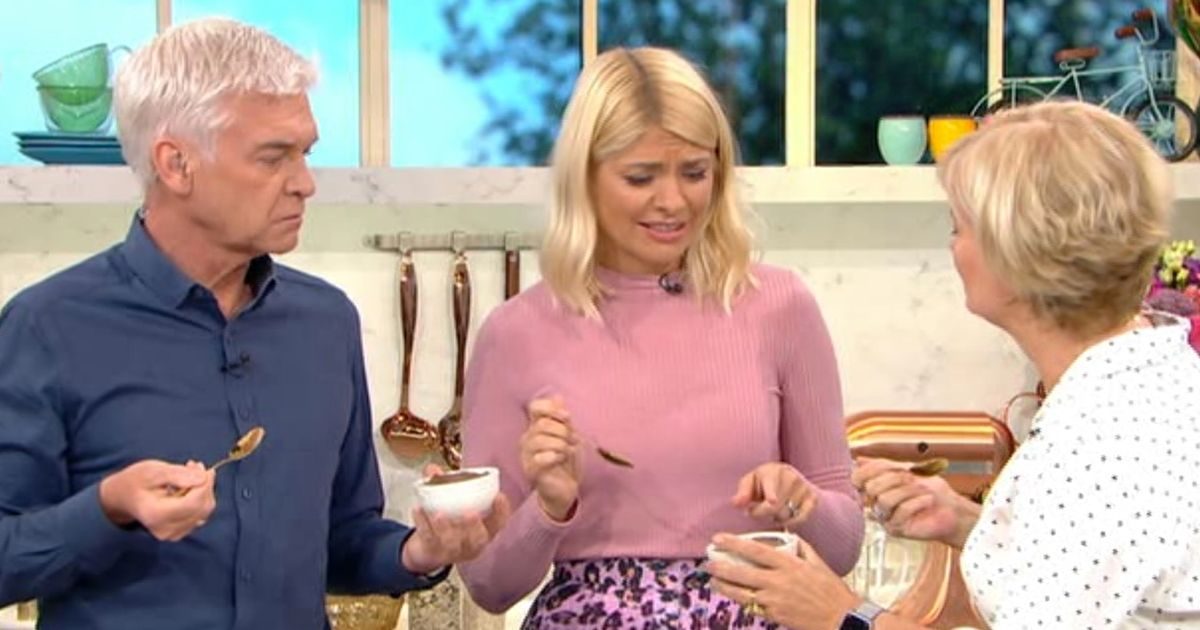 The This Morning consumer editor was not impressed with Phil and Holly Willoughby, who weren't keen on her egg-free meringues.

After complaining the meringues, which were made using aquafaba rather than eggs, were too chewy, Phil ended up squeezing it into a ball.

"You've done really well," Phil said sarcastically as he showed the ball. "These are fantastic."

"Oh come on," Alice sighed. "That's just rude. My daughter does that with her food anyway."

She then showed them her avocado chocolate moose, which Holly tried and recoiled over the taste.

"That tastes like avocado," Holly pointed as she made a face.

But Holly said: "I don't know about that. Has it got banana in it?"

"For that, I'm not telling you," Alice replied before pointing out: "You've got chocolate on your teeth."

Later, Holly and Phil were sceptical about trying some coconut cookies she had made.

But they were left surprised as they admitted that they enjoyed the biscuits.

"You're so surprised whenever I get anything right, aren't you?" Alice snarked.

*This Morning airs weekdays at 10.30am on ITV