ADDISON Rae's new movie He's All That has been branded "f**king terrible" by actress Jameela Jamil.

The TikTok star, 20, stars in the gender-swapped remake of the cult 1999 teen comedy, She's All That. 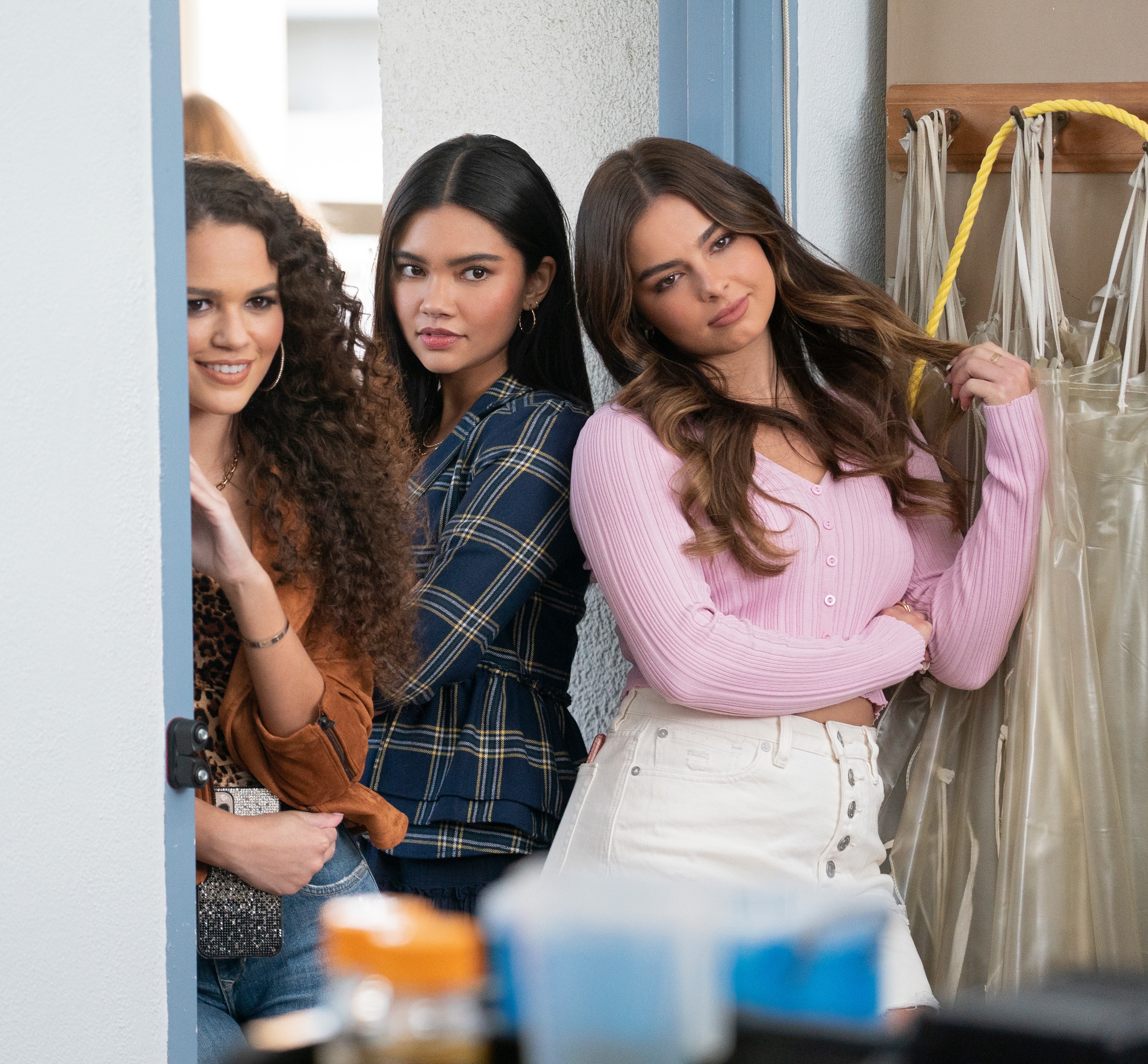 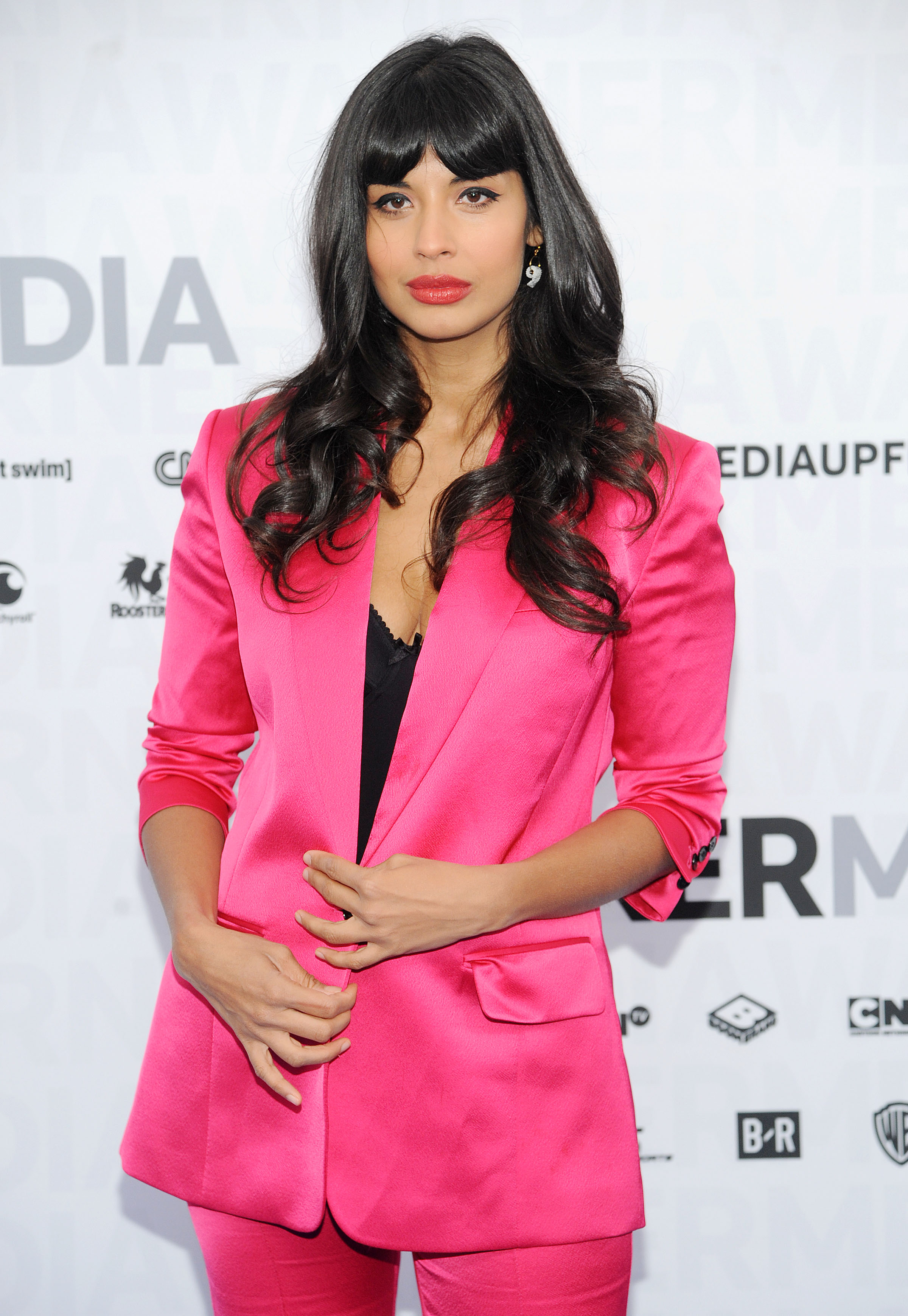 The 35-year-old added that she predicts He's All That will become an instant hit when it's released on Netflix on August 27.

"Which means everyone is going to watch it and it's going to be number 1," she added.

"You'll succumb to the hate watching peer pressure. Just wait. We ignore great art and publicize stuff like this with our hatred, and then it becomes number 1, and then studios green light more films just like it."

One Addison fan then hit out at Jameela's role as socialite Tahani Al-Jamil in the NBC comedy series The Good Place from 2016 until 2020.

"But that's also how I felt about your performance in The Good Place," they wrote.

Jameela replied: "100 percent fair. I had never acted before and had no idea what I was doing. Thank GOD for Ted Danson."

The British actress added that she's not slamming Addison personally, but the film as a whole.

"I didn't say anything about Addison. The film looks bad," she clarified.

Addison stars opposite Cobra Kai actor Tanner Buchanan in He's All That, the trailer for which was released first on TikTok in ode to Addison's rise tofame.

The original '90s film focused on a popular jock Zack (Freddie Prinze Jr.) trying to turn a "nerdy girl" Laney (Rachael Leigh Cook) into the prom queen after being dumped.

The new 2021 version centers on: "Teen social media influencer Padgett’s humiliating on-camera breakup goes viral, leading her to make a risky bet to save her reputation.

"She swears she can turn scruffy antisocial Cameron [Tanner] into prom king material. But things get complicated when she finds herself falling for him IRL."

Tanner's character even says a version of Laney's famous "Am I a bet?" line from the 1999 flick.

The cast of He's All That also includes Madison Pettis, Peyton Meyer, and Isabella Crovetti, as well as Addison's BFF Kourtney Kardashian.

Kourtney appeared briefly in the He's All That trailer, teasing more to come from her character.

“Who’s the new guy," her character asks, seemingly to Addison's Padgett about her remade version of Cameron. "A little scruffy but cute!”

The Keeping Up With the Kardashians personality announced she'd joined the movie last December with a couple of photos of herself all dressed up, lying in bed, reading pages of the script.

“Studying @hesallthatmovie,” the mother of three captioned the post.

The film’s Instagram page reshared the photos and added more details about who Kourtney will be playing, writing: “Introducing Jessica Miles Torres #HesAllThat.”

This will be the 42-year-old’s feature film debut and only the second time she's portrayed a character different from herself in a film or show.

She previously played the role of Kassandra Kavanaugh in a 2011 episode of the ABC soap opera One Life to Live. 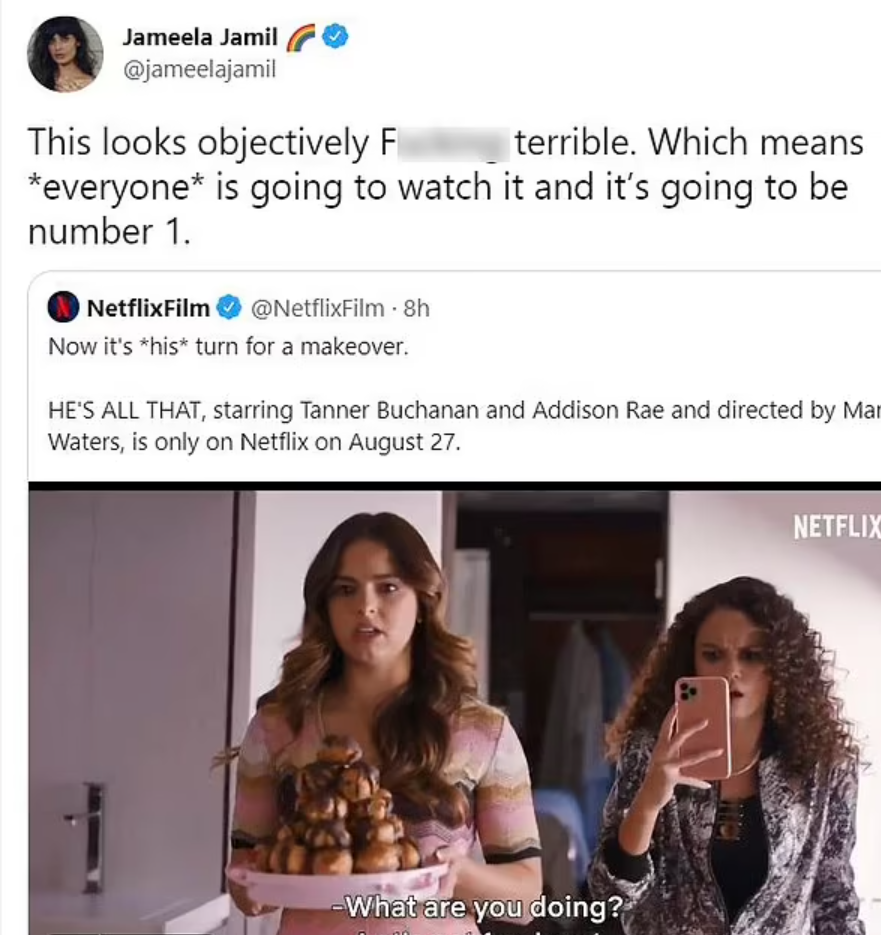 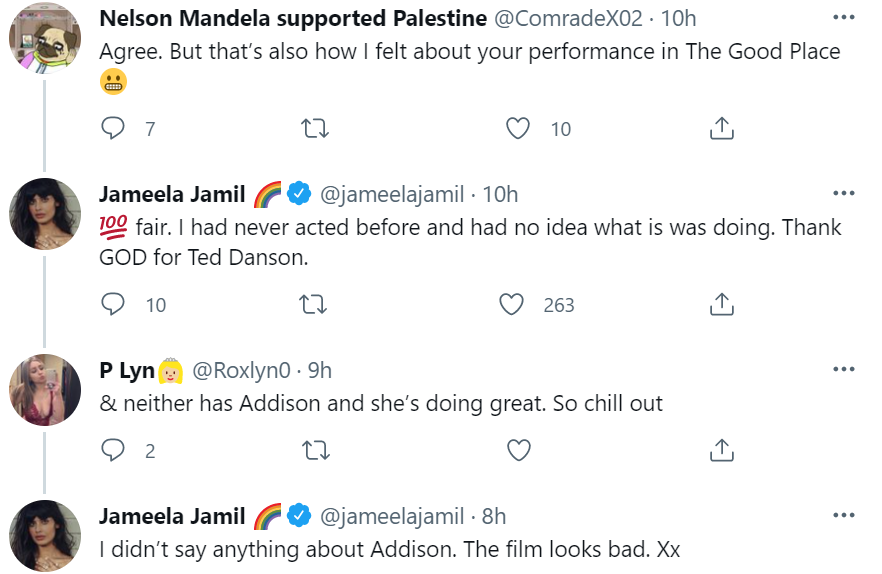 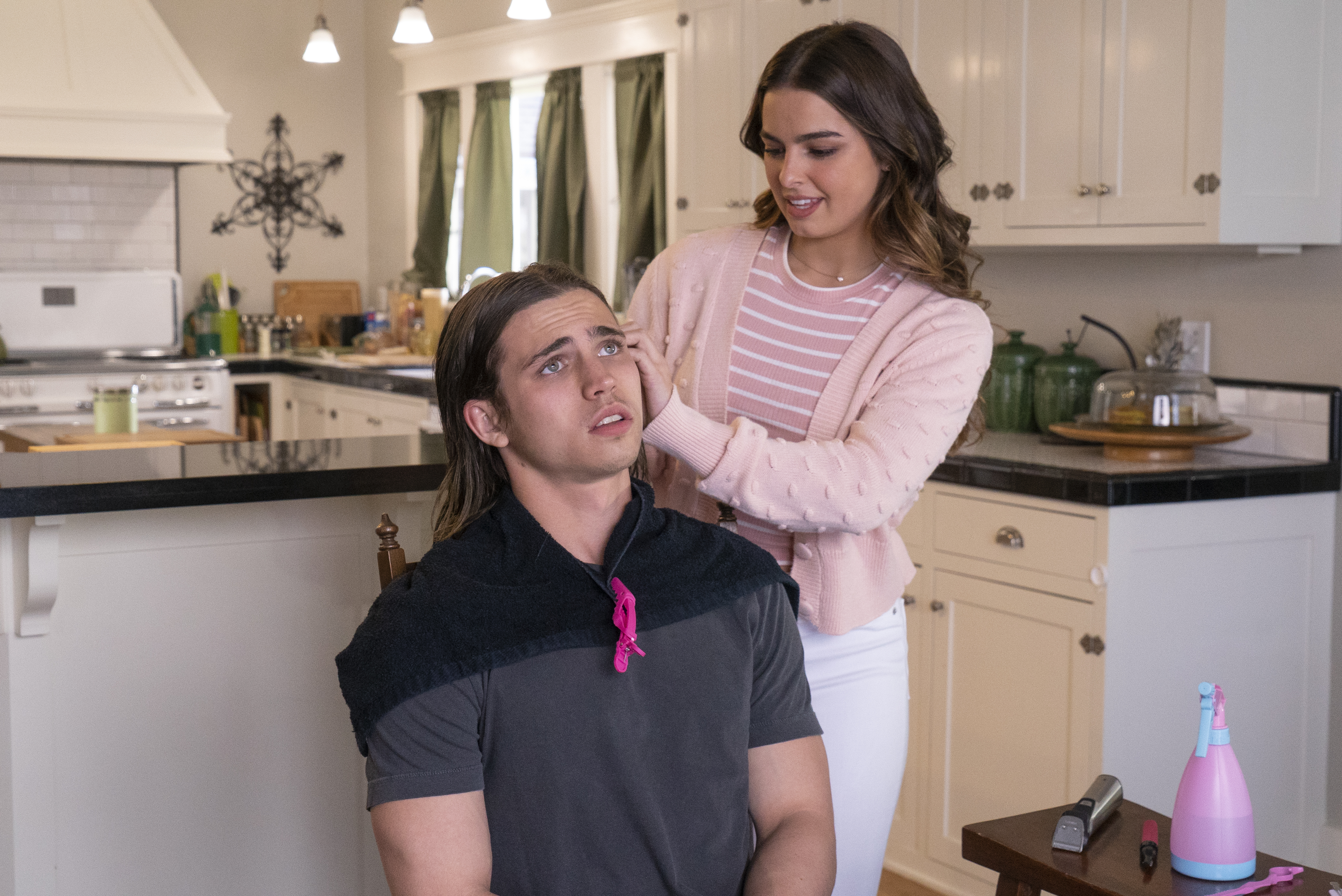