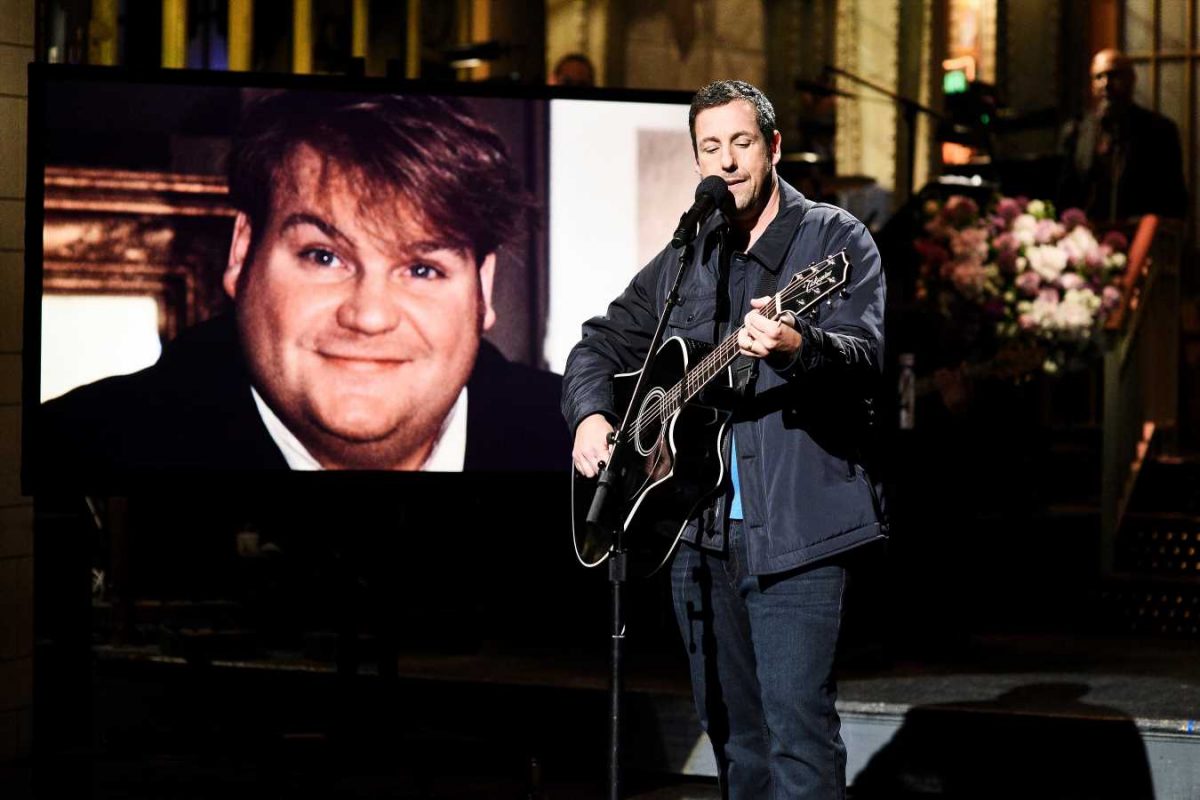 In an interview with the Dan Patrick Show on Monday, Sandler, 52, revealed that he struggled to prepare for the performance, getting emotional during rehearsals.

“It was scheduled, but it kind of got sprung on me quick,” Sandler explained on the show. “I had to mentally get ready because when I was singing the Farley song in the studio in rehearsals, I kept getting really upset because I loved just being in 8H — the studio. It was making me upset.”

Taking the stage on the hit late-night comedy show for the first time since 1995, guitar in hand, Sandler sang his song dedicated to Farley, who died in December 1997 of a drug overdose at age 33. Farley and Sandler joined the SNL cast together in the ’90s, sharing that same stage and becoming steadfast friends on- and off-screen.

The song highlighted Farley’s career on SNL, some of his memorable characters, but also the friendship that he and Sandler shared. While Sandler was singing, photos of Farley flashed on the screen next to him.

“I couldn’t really sing it out loud. I was kind of mumbling because his image and stuff was making me off and upset,” the comedian said in the new interview. “I was like, ‘Oh man, I got to prepare for this — for the show — to try not to break down.’ “

And the emotion was visible on Sandler’s face throughout his poignant performance, one that addressed the worry he felt for his friend over his wild lifestyle, making reference to the legendary former SNL stars John Belushi and John Candy, who also died very young at 33 and 43, respectively.

“We’d tell him slow down, you’ll end up like Belushi and Candy, he said, ‘Those guys are my heroes, that’s all fine and dandy,’ ” Sandler sang.

The Big Daddy star also revealed that he had his family at the show to support him throughout the performance, and his return to SNL—waving to them in the audience, according to The Hollywood Reporter.