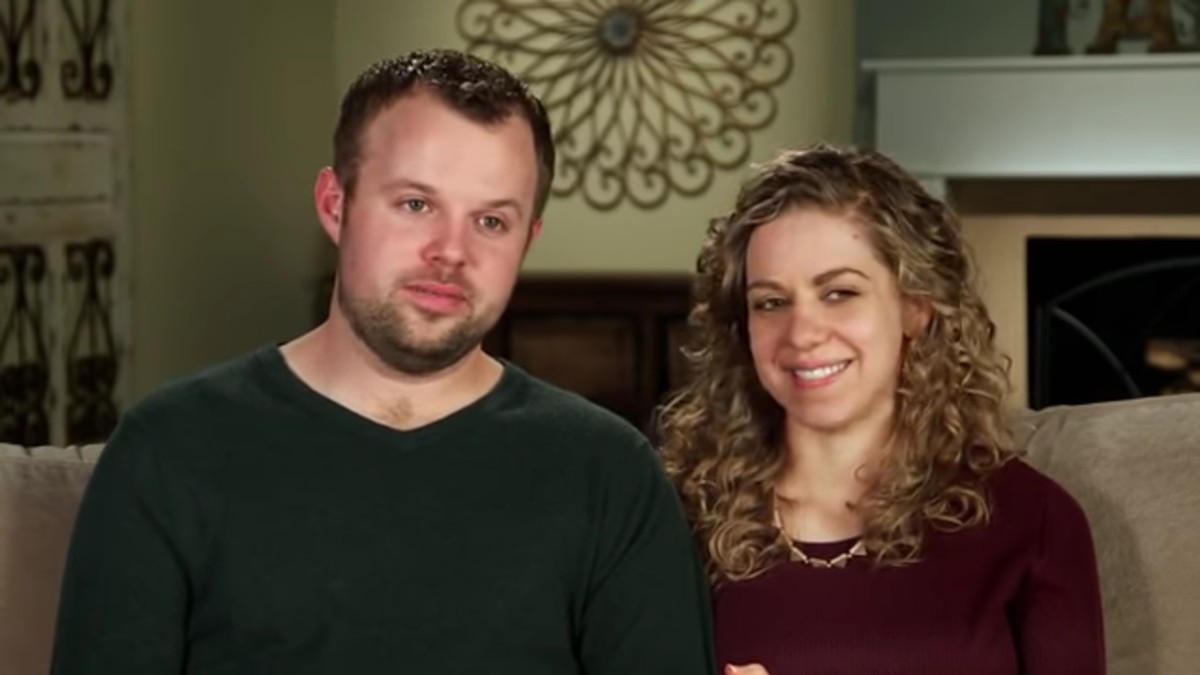 She is the latest little one to be born from the Duggar baby boom in 2019 and was the first grandchild born in 2020. Grace is always smiling and has garnered plenty of attention from adoring fans.

Counting On fans were quick to comment about how “precious” little Grace Duggar is. The flooded the post shared by Abbie Grace Burnett almost immediately after it was shared.

This has been an interesting time for Abbie and John-David Duggar. They welcomed little Grace in the middle of the cold and flu season, and then two months later, the country was shut down due to the coronavirus. It has been an adjustment, but the couple is making do with what they have.

There aren’t too many photos of Grace Duggar on social media. John-David and Abbie Grace Burnett have done well to only show the baby girl a few times here and there. They have kept Counting On fans updated on her progress without living their lives on the platform. 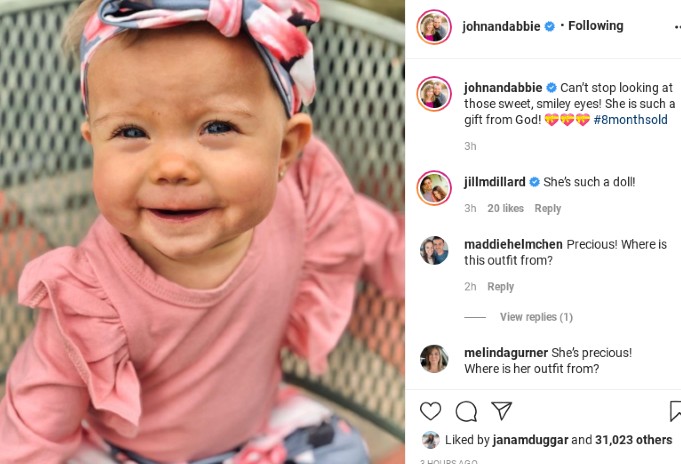 What’s next for John-David Duggar and his girls?

Right now, John-David Duggar and Abbie Grace Burnett are still a part of Counting On. The most recent episode featured the “Dachelor” party the Duggar men hosted for him. All of them gathered together and ate steak and played games.

Things have been going well for John-David and Abbie. They have been at home with Grace and are enjoying watching her grow. Both filmed some of the Duggars in quarantine episode and revealed they were working on a garden and doing other things around the home while they waited out the coronavirus.

The couple has been lucky to be able to have some time alone while Aunt Jana Duggar helps with Grace. They have a special bond and Counting On fans are convinced that she is actually Jana’s favorite of all of the nieces and nephews. It makes sense because Grace is the daughter of her twin brother, and that is a special bond.

It is likely Abbie Grace Burnett and John-David Duggar will continue to film Counting On moving forward. They haven’t had a bad experience and the more children filming, the better for Jim Bob Duggar.

Counting On airs Tuesday nights at 9/8c on TLC.