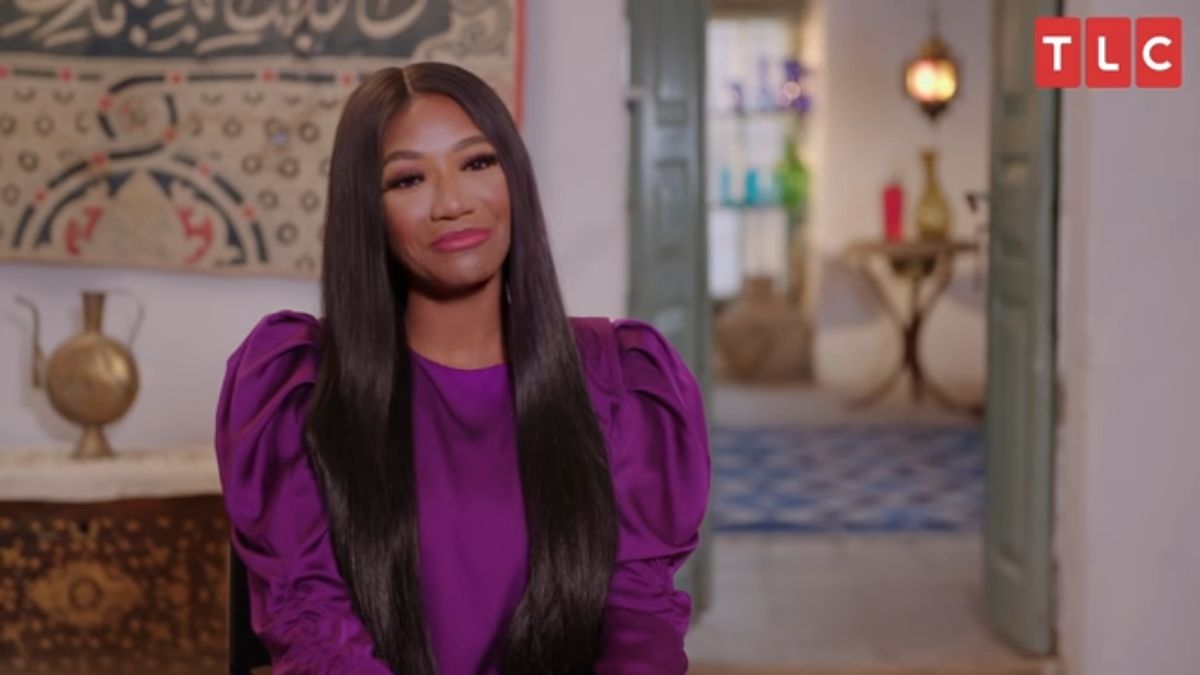 90 Day Fiance: The Other Way personality Brittany Banks is polarizing at best, and in the latest episode, she managed to rub fans the wrong way – again.

Brittany went back to the U.S. to finalize her divorce from her first husband, something that she had to do before she could marry her current boyfriend, Yazan.

While Brittany was staying in Jordan with Yazan, she received news that she needed to return to the U.S. because her divorce hearing had been scheduled for just days later.

This put Brittany in a tough spot because she had led Yazan to believe that she was already divorced and ready to get married.

She managed to convince him that she was taking the trip because her sister was about to give birth and she wanted to be there, which wasn’t a complete lie.

And although Brittany promised to return to Jordan, her departure left Yazan feeling unsure.

“She wants to see her family and the newborn,” he said. “This is hard. It makes me feel like, it gives me a weird feeling.”

“Maybe she is lying to me or playing games with me,” he explained.

Brittany returned to the U.S. and finalized her divorce while Yazan struggles with his family

While Brittany was back in the U.S. to finalize her divorce, Yazan was having issues of his own back in Jordan.

He met with his friend to talk to him about an argument he had with his father.

Some of Yazan’s family members had found Brittany’s social media accounts and decided to forward the photos to Yazan’s father.

During the argument, Yazan’s father told him that he wouldn’t be able to accept a marriage between the couple.

“My dad said if you want the girl, don’t work. Go marry her, don’t work with me. Show yourself out,” he explained. Yazan then said that his father kicked him out of the house.

The pressure put on Yazan didn’t help with his conversations with Brittany.

During a FaceTime phone call, Yazan and Brittany argued about their relationship.

He still wants her to be more conservative and she wants him to gain independence from his family.

After hearing that he works two jobs, totaling 14 hours a day, Brittany went on a rant about how Yazan needs to be doing more.

“I’m not asking him for a lot. I’m only asking him to make sure he provides stability, a roof over our heads, just regular things,” she says.

“He acts like I’m asking him for a private jet or a yacht or shopping sprees, which I’m used to. But I’m not asking you for that, so be grateful.”

Taking to Twitter, many fans shared their two cents on the couple’s relationship woes.

“Is Brittany serious? She is moving to a different country and expects the culture to change to accommodate her?” asked one viewer.

“Brittany ain’t about this life! She’s just clout chasing that will end up getting herself and Yazan killed,” said another Twitter user.

Other fans say enough is enough and that Brittany should leave Yazan.

“Brittany keeps talking about being flown in private jets and shopping sprees from rich men. Really? When she got a mouth full of metal, a fake Chanel bag, a non existant rap career, and a ill fitted wig from Aliexpress coupon,” a viewer wrote. “Leave that poor boy alone in Jordan.”