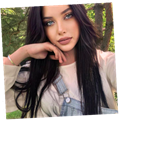 Deavan Clegg and Jihoon Lee didn’t exactly get along during Clegg’s stay in Korea. From the start of this season of 90 Day Fiancé: The Other Way, Clegg realized that Lee might not be up to being a father and husband in the way that he made it seem that he was. Now, the two have officially split and Clegg is claiming that Lee is trying to turn fans against her. Viewers of this season are not entirely surprised that the pair didn’t work out. Lee constantly told little lies and just proved time and time again that he wasn’t ready for the responsibility of supporting his wife and her two children.

When Clegg first got to Korea, Lee admitted that he lied about how much money he was making in order to get her to move.

“It feels absolutely like s*it that he tricked me,” Clegg told the cameras at the time. “I don’t know what I’m going to do right now. And I just really need some time away from Jihoon to figure out whether I’m going to stay with him or if I’m going to go back to America and leave him.”

Unfortunately for Clegg, that was only the beginning of her issues with Lee.

Deavan and Jihoon are no longer together

Though 90 Day Fiancé stars are not supposed to reveal the status of their relationships until their seasons finish airing, Lee recently confirmed that he and Clegg were no longer together.

“So I can’t tell everything because the show [is] not finished,” he said in an Instagram Live.

“They will be happy and I need to be happy,” Lee said of Clegg, her daughter Drascilla, and their shared son Taeyang. “Just, I will live my own life. If you lost [a] lover, boy [or] girl. So sad, but you can start again.”

Clegg is now back in America and Lee is still in Korea.

“We are living our own life, that’s our future,” Lee continued. “So just keep watching. Just keep [supporting] [me] getting [a] better life and please pray for Deavan and Taeyang, [for] their family life.”

In his Instagram video, Lee mentioned the custody agreement that he and Clegg had reached and how he planned to see Taeyang every summer. Recently, Clegg got on her own Instagram and claimed that Lee was actually just using Taeyang to get sympathy from their fans.

“I hate how everyone thinks I’m taking you away from a certain someone,” she wrote under a picture of the baby. “When in reality I tried my best, yet that certain someone hasn’t called, texted, or asked about you in a week.

She went on to say that Lee doesn’t care about Taeyang at all.

“It’s sad how someone can say they will just pretend you don’t exist and then use your sympathy for gain,” she wrote. “Why is no one questioning him?”

Clegg has since edited the caption and deleted all of the negative comments about Lee.