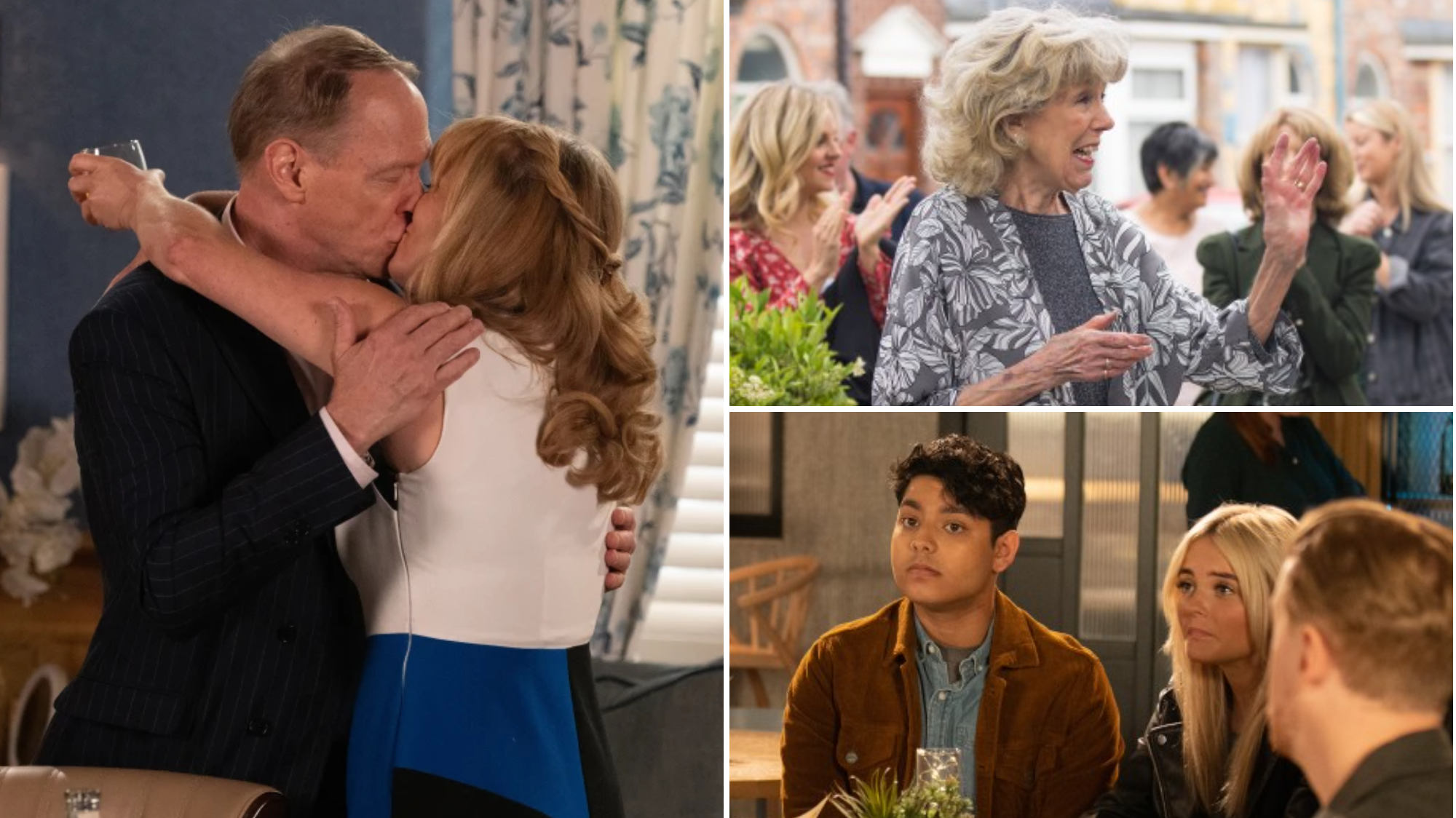 Emotional scenes are at the centre of a huge week in Coronation Street, as Audrey Roberts (Sue Nicholls) opens up to her family, admitting that she tried to take her own life.

The legend also reveals that she has now made an ordinary will, giving them each equal shares – with the exception of Stephen Reid (Todd Boyce), that is, who was kind enough to say he didn’t need it.

Jenny Connor (Sally Ann Matthews), meanwhile, is feeling down in the dumps over Leo, feeling like the relationship might be nearing its end, and when Stephen turns on the charm and flirts with her, she invites him through to the back, before kissing him passionately!

Leo, meanwhile, receive a talking to from Rita Tanner (Barbara Knox) and Gemma Winter (Dolly-Rose Cambell), and thus returns with an engagement ring – will he catch Jenny and Stephen?

Elsewhere on the street, Aadi Alahan (Adam Hussain) and Kelly Neelan (Millie Gibson) receive a setback in their mission to get wed due to them being under 18, as the competition rules require written consent from their parents or guardians.

Dev (Jimmi Harkishin), Maria Conor (Samia Longchambon) and Gary Windasss (Mikey North), however, are all in agreement that the teens are simply too young to get married. Dev and Aadi subsequently row over Kelly’s background, sand Dev grabs Aadi causing him to fall and hit his head!

It’s all kicking off on the cobbles next week, and here’s your first look at what’s coming up.