FOOTBALL fans have been left in disbelief after an Arsenal supporter showed off a portion of chips that cost them almost £13.

Fans of the club have admitted they are "embarrassed" by the price of a box of Chilli cheese fries. 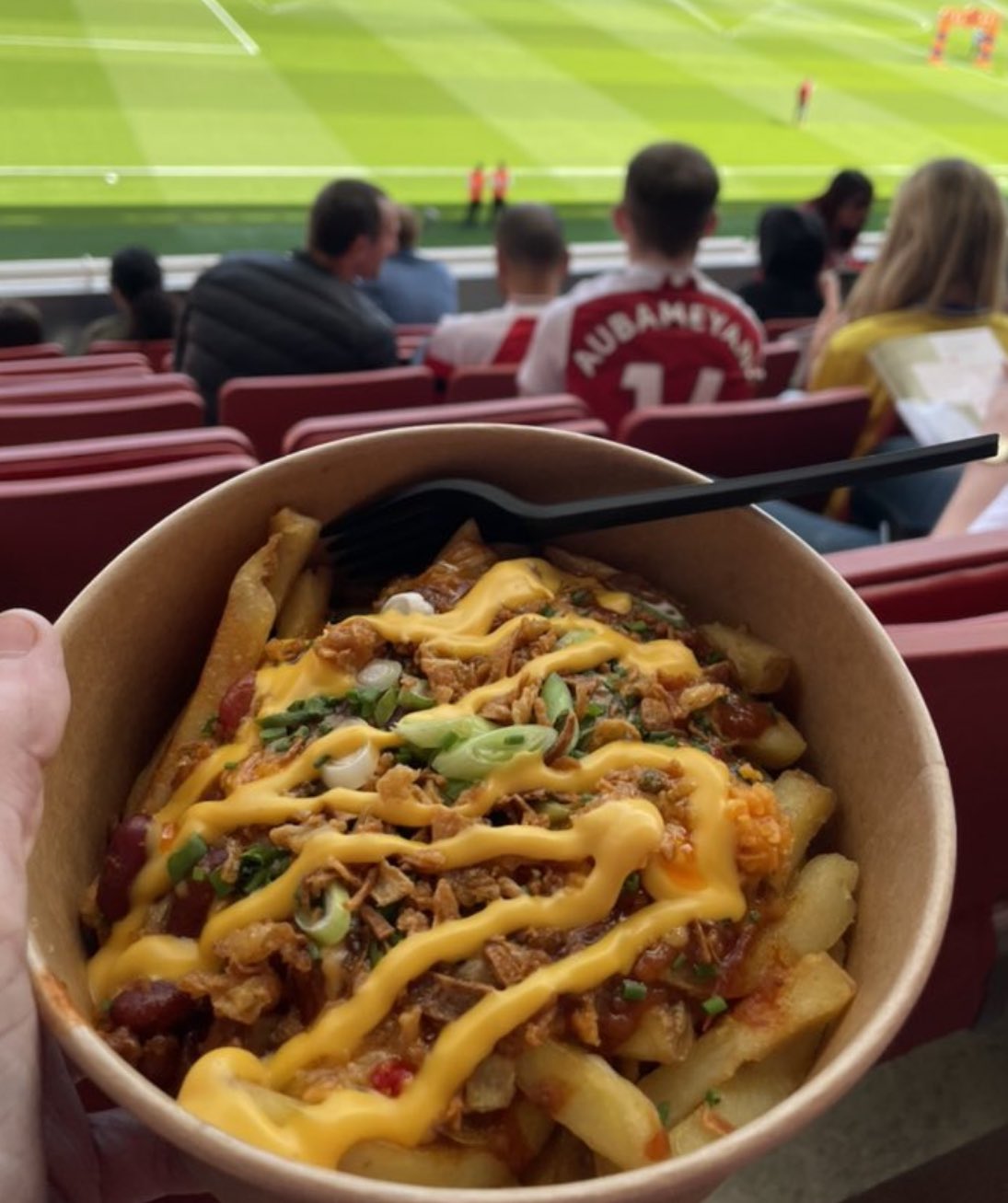 And while the look of the dish did wet the appetite, social media users were left recoiling when they discovered it would have set them back a whopping £12.60.

The picture, posted to Twitter by account FootyScran, showed that the fries came topped with meat, spring onions, and cheese.

But there was widespread outrage at the sky-high price of the dish as fans felt the effects of the cost of living crisis.

One joked: "Some chips with garnish, you have to sell one kidney to pay the bill."

Meanwhile an Arsenal fan wrote: "This team manages to embarrass me in the most unexpected ways."

Another social media user poked fun at London's extortionate prices, joking: "You can get a 3 bed semi detached up North for that."

While a fourth summed up the dish as: "Potatoes, fake cheese, some spring onion and and some burnt onion pieces with a 0.001p dash of chilli sauce."

It's not the first time the food menu at the Emirates has caused controversy either.

COME BET WITH ME

Back in December Gunners fans were left up in arms after being charged over £18 for a burger and chips.