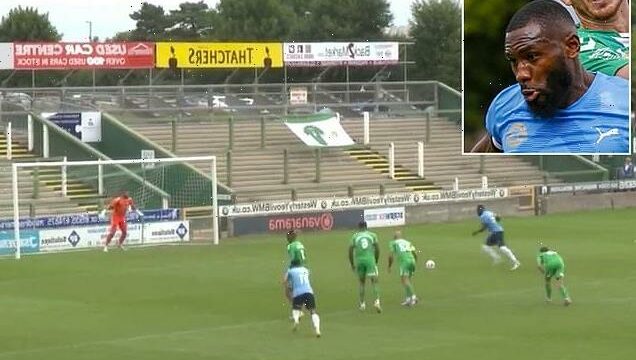 Yeovil Town have launched an investigation into discriminatory chanting during Saturday’s National League fixture against York after footage emerged of racist chants being aimed at Lennell John-Lewis.

The video shows John-Lewis lining up to take a penalty when audio can be heard of fans making monkey-like noises towards the player.

John-Lewis would see his penalty saved by Yeovil’s goalkeeper Grant Smith but he scored the decisive goal in York’s 1-0 win in the 79th minute.

A statement by the club on Monday said: ‘Yeovil Town can confirm we are aware of audio which contains discriminatory chanting from Saturday’s game against York.

‘An internal investigation will take place into the matter and we will work with all the relevant authorities.

‘Yeovil Town continues to stand against all forms of discrimination. We will make no further comment at this time.’

York City also released a statement in reaction to the footage and insisted they will ‘never tolerate such behaviour’.

It said: ‘York City are aware of a video that contains racist chanting aimed towards one of our players at Saturday’s match against Yeovil Town.

‘We have reported the incident to the FA, who are investigating, and we are happy to leave the investigation in their hands.

‘As a club, York City deplores discrimination in all of its forms, and will never tolerate such behaviour. We will make no further comment on the incident at this time.’ 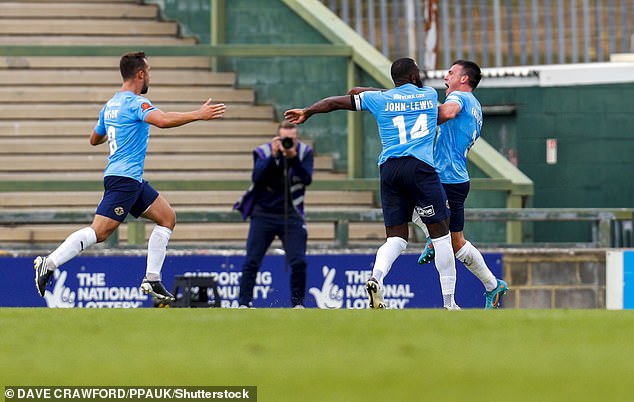