WWE star and Money in the Bank-holder The Miz has named the four superstars who should be on the Mount Rushmore of wrestling – including himself. 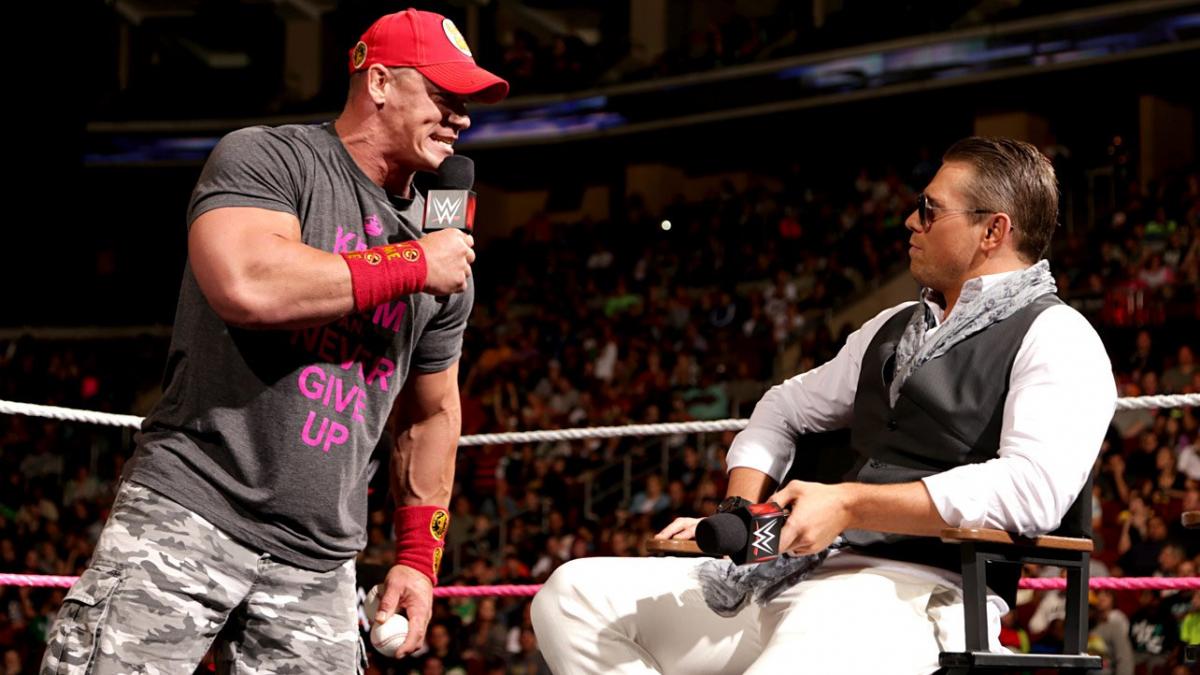 The Mount Rushmore of wrestling is one of the most hotly-debated topics by WWE fans and superstars.

The Miz, 40, held the WWE Championship between 2010 and 2011. He’s also an eight-time Intercontinental Champion – alongside many other titles during his 15-year career.

Miz grew up as a wrestling fan and named his childhood hero – the legendary, facepaint-wearing Ultimate Warrior – as his first pick for the wrestling Mount Rushmore.

Miz said: “He was my favourite as a child. Growing up there was no one bigger than the Ultimate Warrior.”

He was my favourite as a child. Growing up there was no one bigger than the Ultimate Warrior

Miz would face both of his other picks – Rock and Cena – in high profile matches.

But he only came close to meeting Warrior when the legendary superstar returned to enter the Hall of Fame in 2014 – three days before Warrior died of a sudden heart attack.

Miz recalled: “I was walking by and saw his dressing room. The door was open. From a distance, I could see he was in there.

“I was like, ‘Man, I should go and introduce myself and tell him how much of a fan I was.

“But I thought, ‘Nah, it’s the Hall of Fame, he probably has a long speech – I’ll wait until I see him again.’ I never did get to see him again.”

After Warrior, Miz credits The Rock for turning him back onto WWE during the Attitude Era. 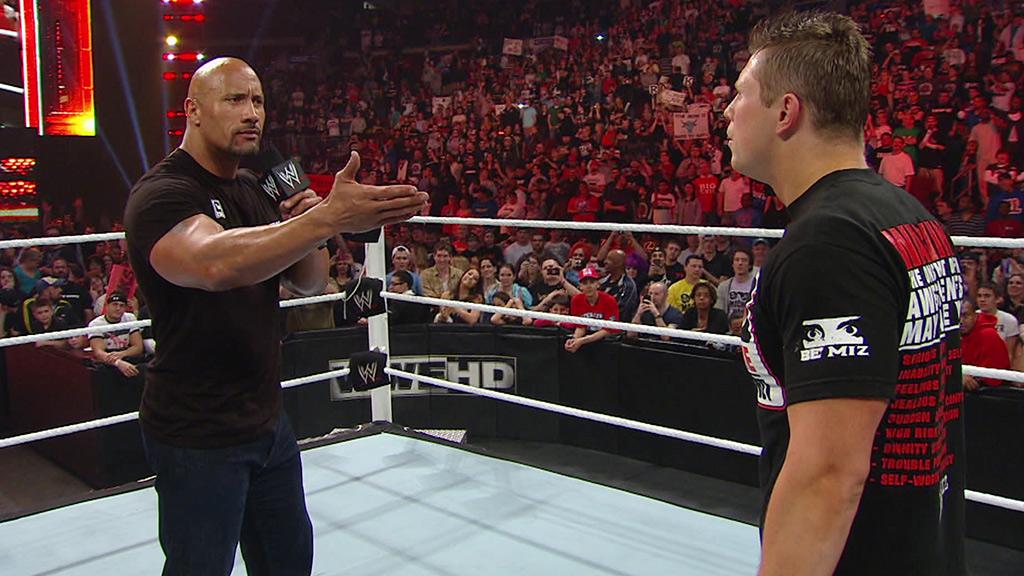 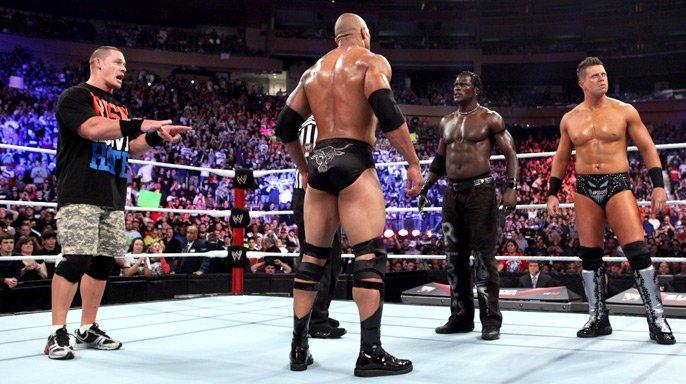 In an incredible twist of fate, The Rock actually helped Miz retain the WWE Championship against John Cena at WrestleMania 27.

Miz said: “It’s kind of crazy, I did get in the ring with Rock and feel the energy and the electricity.

“The Rock says he’s ‘the most electrifying man in sports-entertainment’ – that’s true.

“When you get in the ring with him and you hear the audience, there’s an electricity that literally gives you goosebumps. There’s nothing quite like it.”

Fans may be surprised by Miz also selecting John Cena for his Mount Rushmore.

The pair have a long-established rivalry that dates back more than ten years.

They faced off in the main event of WrestleMania 27 – and again in a mixed tag match with Nikki Bella and Miz’s wife Maryse at WrestleMania 33.

But Miz gives Cena due credit for being the biggest and most significant superstar of the modern era.

Miz said: “The reason that Cena’s on there is that he led WWE for longer than any superstar. He’s sold more shirts and captivated more audiences than anybody.

“Out of anybody, he taught me the most in the ring. Just being in the ring with a person like John Cena, you find out, ‘This is what I have to do to become the top guy – to become the face of WWE.’”

Playing up to his arrogant heel persona, Miz jokes that he’d happily name himself four times for the Mount Rushmore of wrestling.

Though Miz places himself on the Mount Rushmore, he admits it’s been a rocky few months for him in the ring too.

He said: “I don’t think right now fans believe I can cash in and win. I haven’t won a lot of matches this year.”

But as the current Money in the Bank briefcase holder, he could be the next WWE Champion when he eventually cashes in.

Miz has a history of grabbing opportunities and making himself relevant when he has the spotlight and creative freedom.

“Because when I carry something I make it mean something. I’m making the Money in the Bank contract right now mean something – whether you like what I’m doing or not.”