Going into the game, Edin Terzic's side sat in fifth place, four points behind Eintracht Frankfurt and five points adrift of Wolfsburg in the hunt for a Champions League place. 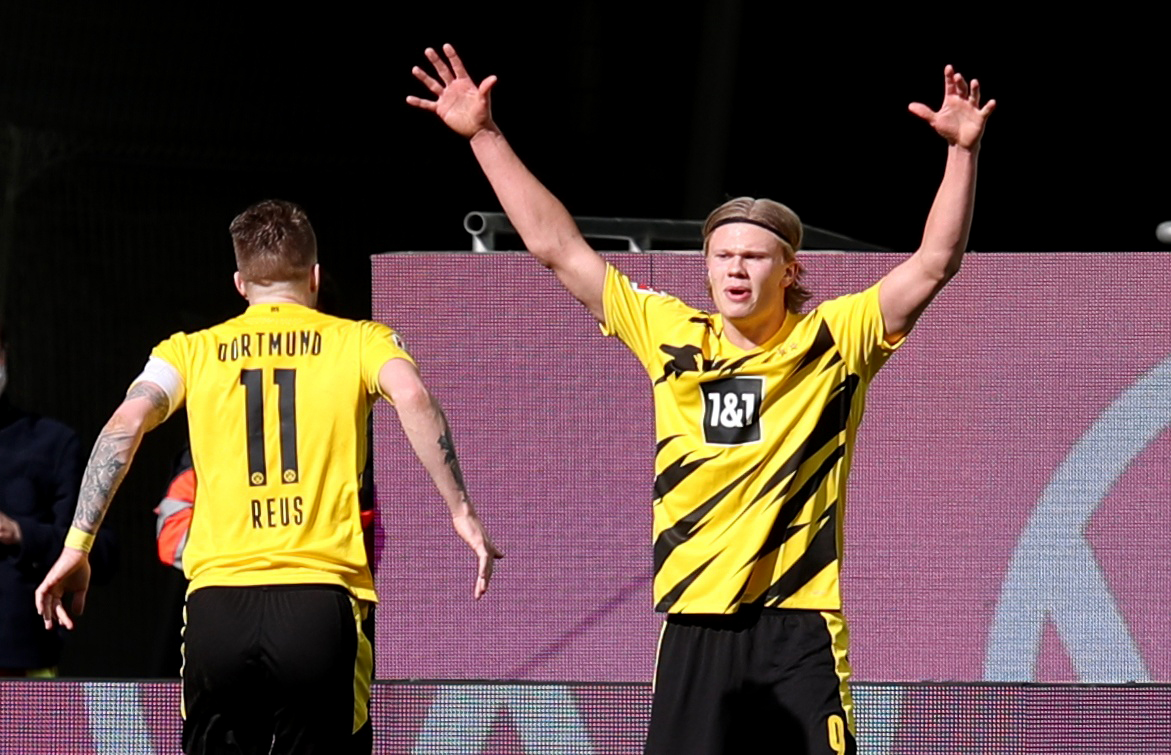 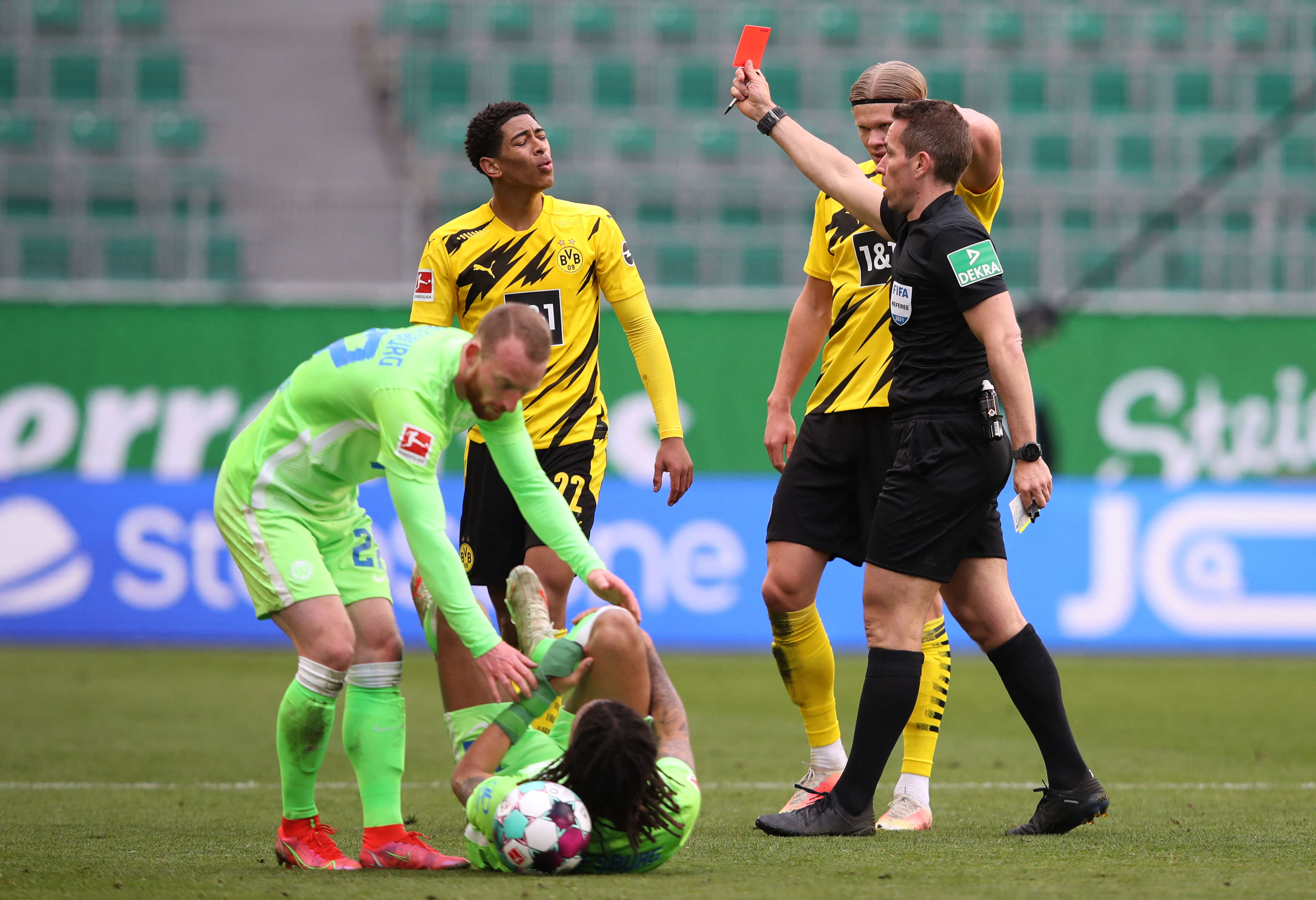 But in-demand wonderkid Haaland, 20, ensured Dortmund picked up a morale-boosting win with a deadly double at the Volkswagen Arena.

The Leeds-born striker gave his side the early advantage as he pounced on a misplaced pass, held off two defenders and thumped the ball into the back of the net after just 12 minutes.

But Dortmund looked in trouble shortly before the hour-mark after Bellingham picked up the first red card of his career.

The England international and Chelsea transfer target, 17, was shown a second yellow card for a clumsy tackle after 59 minutes having been shown his first shortly after Haaland's opening goal.

It was the first sending-off of Bellingham's career and he will now be banned for Dortmund's next game – a monster showdown with second-placed RB Leipzig.

But Haaland ensured Dortmund got over the line as he showed off all his pace and strength to double his side's lead.

The Norwegian picked up the ball in his own half as Dortmund launched a blistering counter-attack.

Yet again, Haaland showed his composure as he raced clear on goal and calmly slotted the ball into the bottom corner to all-but kill off the game. 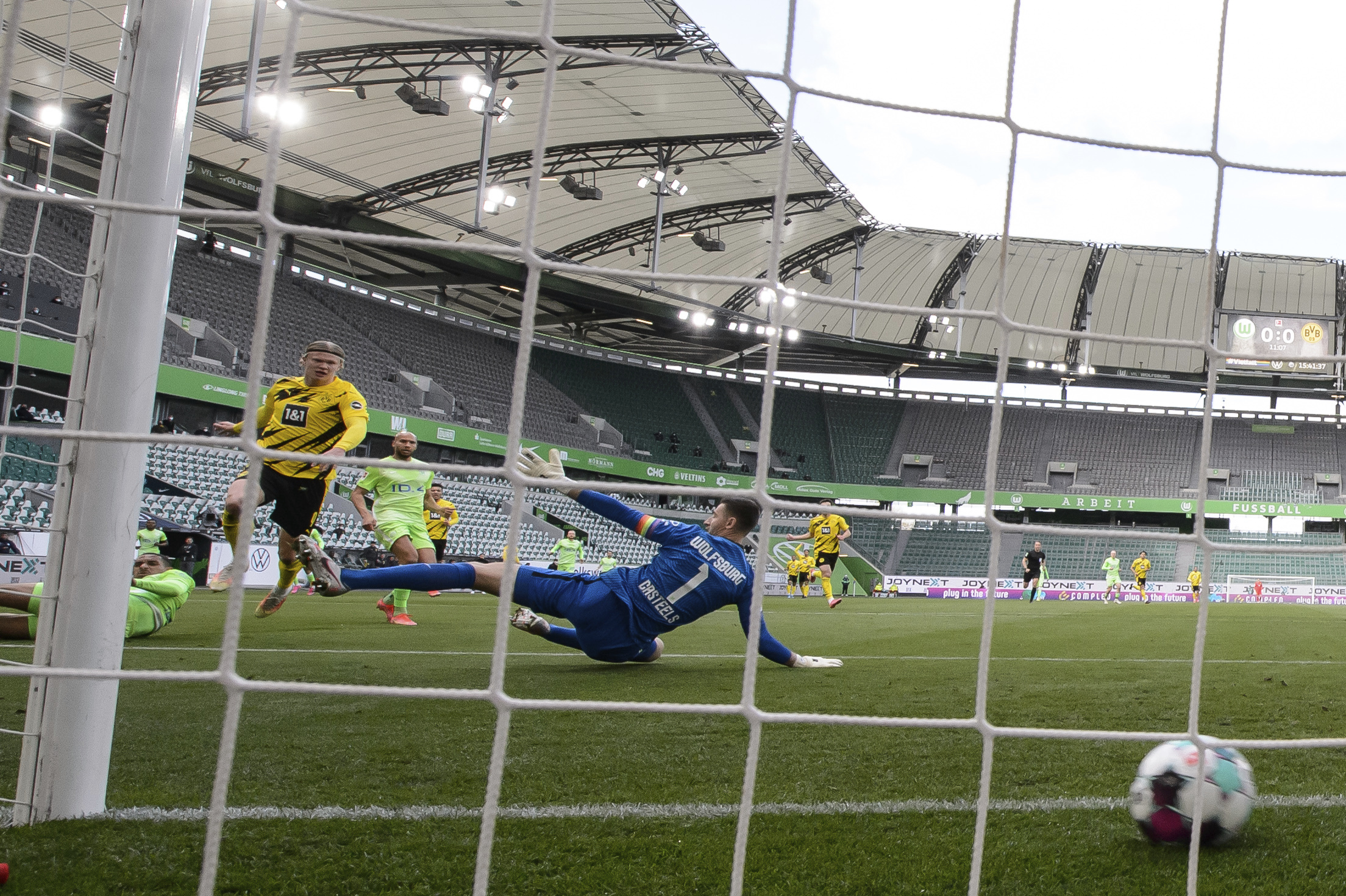 Despite being down to ten men, Dortmund held on to win, closing the gap to Wolfsburg in third place to just two points.

They sit just one point outside the top four, although Frankfurt have a game in hand as they take on sixth-placed Bayer Leverkusen later on Saturday.

Dortmund have just three games left to make up the ground, with Mainz and Leverkusen to come after their Leipzig showdown.

Meanwhile, Bayern Munich missed the chance to clinch the Bundesliga title after slipping to a 2-1 defeat away to Mainz.

Jonathan Burkhardt and Robin Quaison stunned the league leaders with a first-half double.

Robert Lewandowski scored a 94th-minute effort but it was little more than a consolation goal.

Bayern can win the league if RB Leipzig lose to Stuttgart on Sunday.

Should Leipzig win or draw, Munich can clinch the title when they take on Borussia Monchengladbach next weekend.