HARRY KANE won a penalty after a rash challenge from Matty Cash to clinch the win for Tottenham at Aston Villa.

But Sky Sports co-commentator Gary Neville claimed 'some won't like it' after Spurs were gifted a penalty. 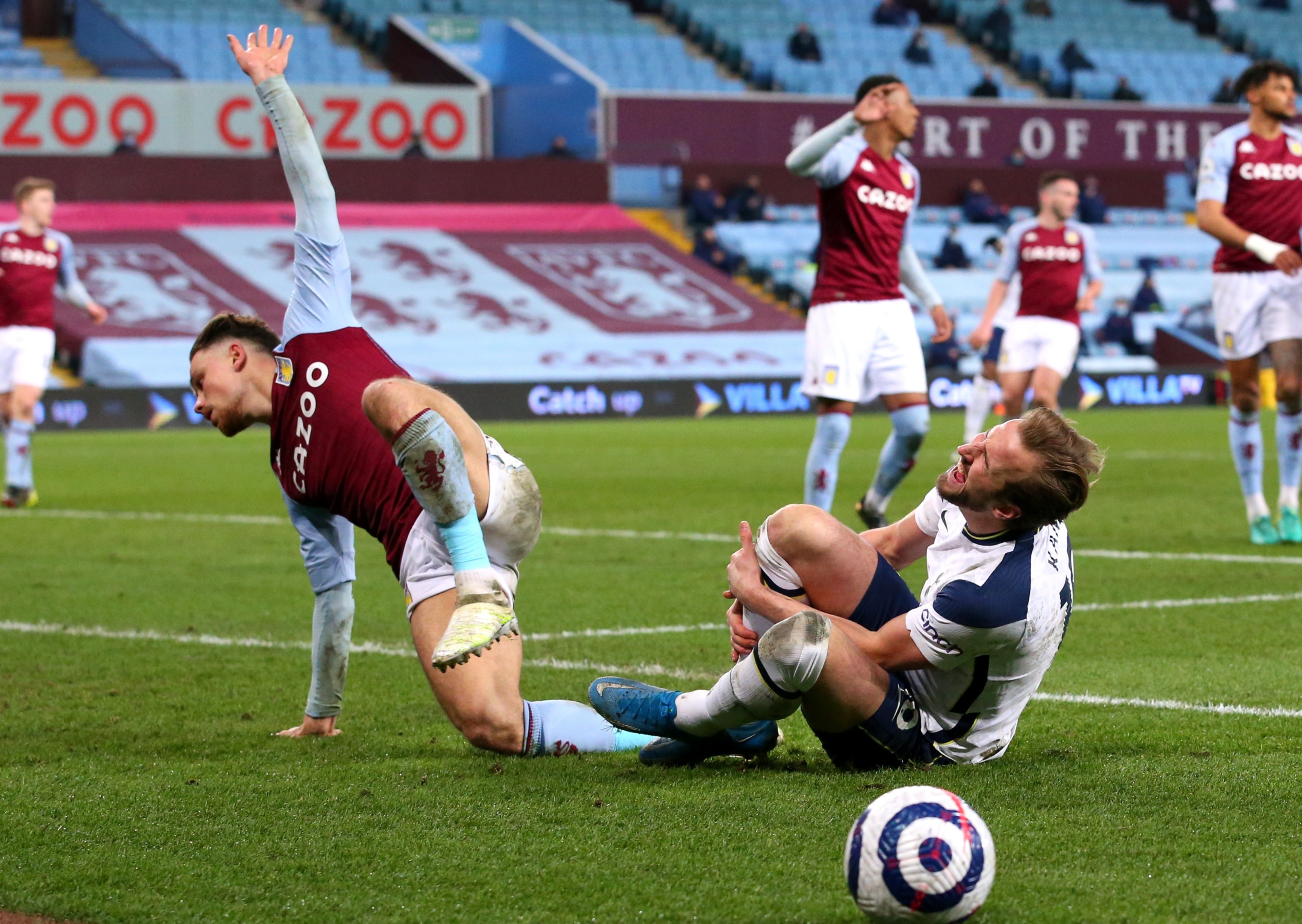 Lucas Moura played a pass through to Kane but the England star failed to control the ball as it rolled out of play.

But Cash slid in recklessly and caught Kane as Mike Dean pointed to the spot.

Neville told Sky Sports: "He's mis-controlled it and the ball's gone out of play but it's reckless from Cash.

"The slide's going to cost him. He makes a mess of it, Harry Kane, and runs past it.

"In the end it's cute from Kane. Some won't like it but the naivety.

"You go to ground in the box and don't get the ball you've no chance."

Spurs opened the scoring, against the run of play, through Carlos Vinicius' close-range finish.

And Kane made no mistake from the penalty spot after being brought down to seal the 2-0 win.

It was a much-needed result for Spurs after their shocking Europa League exit against Dinamo Zagreb on Thursday.

The victory lifts Tottenham up to sixth in the Premier League and within three points of fourth-placed Chelsea.