The Frenchman locked horns with The Black Beast early this morning in the main event of UFC 265 in Houston, Texas.

Houston hitman Lewis had hometown advantage in his second crack at UFC gold, but that mattered little as he was picked apart by Bon Gamin before being stopped in the third.

Gane stopped the contest with a vicious barrage of hammer firsts with less than a minute left on the clock after hurting Lewis with a beautiful counter left hand.

France's first UFC titleholder, who now boasts a perfect 10-0 record, outclassed Lewis from start to finish with his crisp and technical striking.

An elated Gane said of his title-winning performance: “It was a (masterclass). It was that.

"He touched me maybe one time (or) two times.

"He gave me a poke (in my) eyes. My vision was blurring for all of the fight.

"It was not easy to manage this, but I think it was a masterclass.

I think it was a masterclass

"Every time, maybe 10 times, it was the right hand.

"He never touched me 100 percent because we worked on it.

"Because we expected it. We did (our gameplan) well.”

Victory over Lewis has seen Gane earn a unification fight against former team-mate and current undisputed heavyweight king Francis Ngannou, who was watching the fight from the comfort of his home.

"See you soon boy. When you know, you know."

UFC president Dana White was blown away by Gane's masterclass over Lewis, whom he holds in incredibly high regard.

The veteran promoter said of Lewis: “He is one of the best heavyweights in the world.

"What tonight showed you and showed the rest of the world is how good Ciryl Gane is.

"We all know who Derrick Lewis is and that Derrick is one of the best in the world. 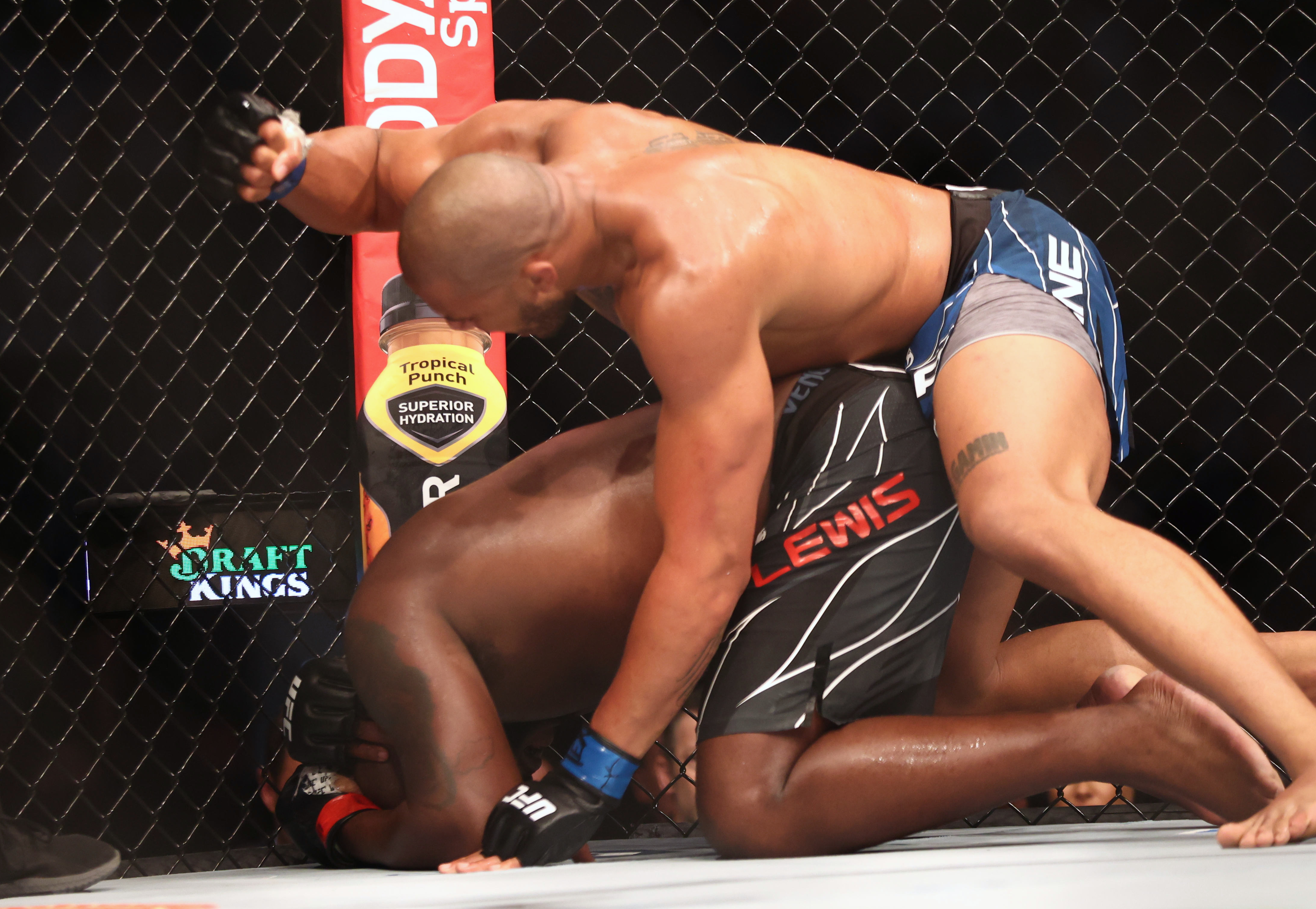 "He’s been in there with guys who are great athletes, probably much better than him and were sure to beat him and he caught them.

"He caught them with that punch and he ended up knocking them out.

“He couldn’t do anything in there tonight against Ciryl Gane. That’s how good Ciryl Gane is.”