IF you thought you'd seen it all in racing, then think again.

Punchestown's Beginners' Chase will surely be coming to an episode of A Question Of Sport near you. 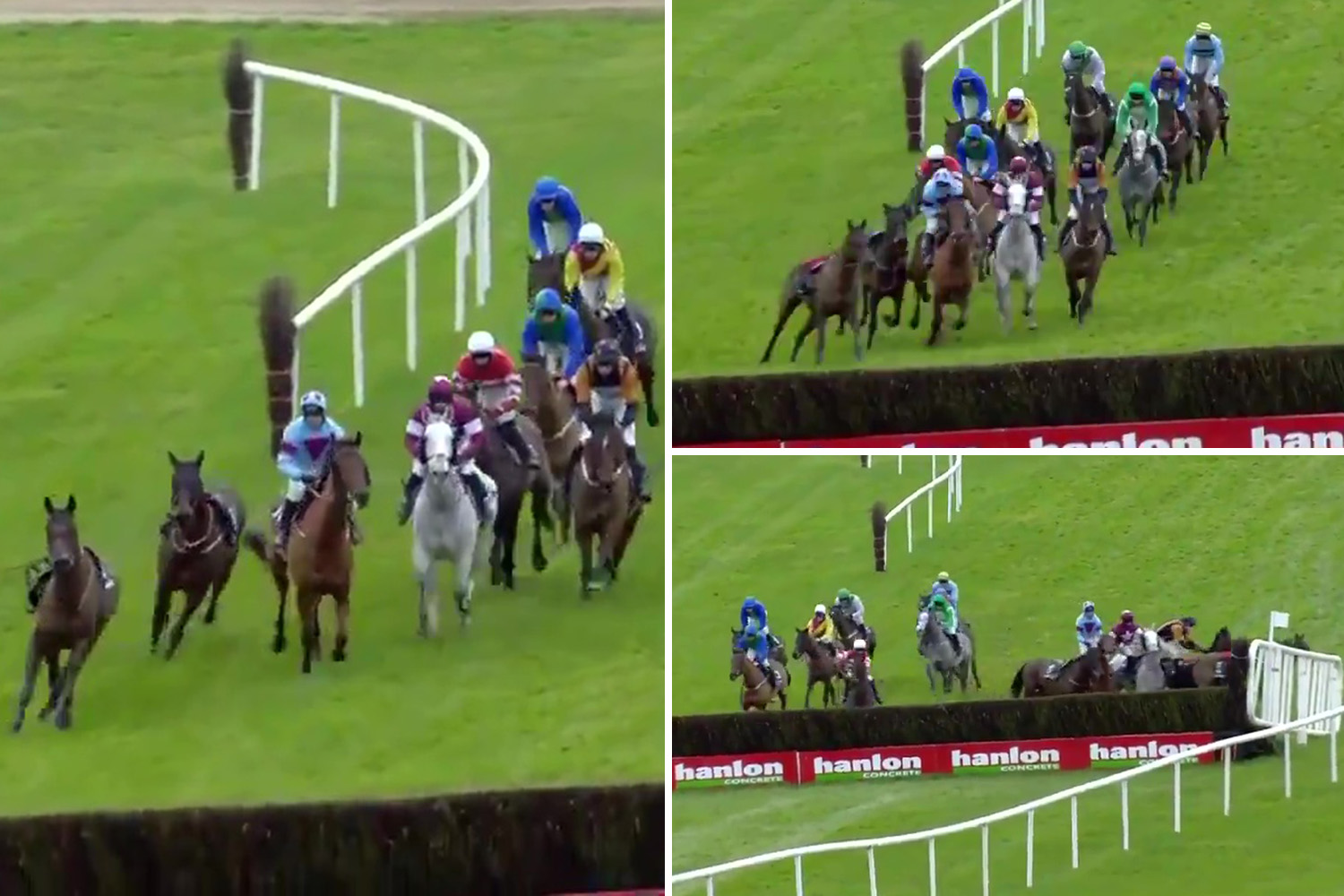 Horses bolting to the start, one refusing to race, early fallers going on to take out another four runners. And, a swan.

After Padraic's Choice got loose on the way to the start after he threw off his jockey, the start was delayed.

But that was just the start of things to come.

Clearly not content with a quiet afternoon, early fallers Miss Cedille and favourite Ensel Du Perche took matters into their own hands.

Approaching the seventh fence they shot across those at the front of the rest of the pack.

Hell On Earth, Jack Fiasco, Cappacon and Castlegrange all stood no chance. Their races were over in the blink of an eye.

The plastic barriers went flying and somehow all the jockeys avoided injury.

You'd think that was that. What else could possibly happen in what should have been your average race on a Sunday?

He laughed: "It was carnage, just carnage!

"The loose horses were causing a bit of havoc for a lot of the way and once I went on it was just trying to beat what was behind me."

Racing TV pundit Ruby Walsh said: "I think there's a swan on the course now! We had it all in that race!"

Earlier in the afternoon it was plainer sailing for now eleven from eleven Envoi Allen as he continued his dominance for Gordon Elliott.