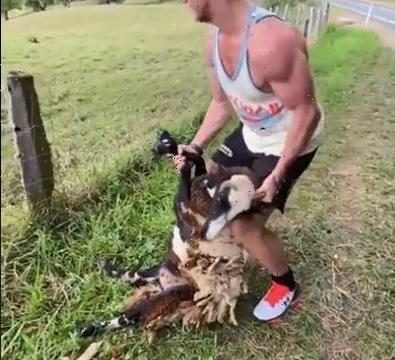 RUGBY cult hero Nick Cummins – aka The Honey Badger – has heroically saved a sheep that got stuck in a barbed wire fence.

The ex Australia star was driving with his girlfriend when he noticed the animal trying to force its way free. 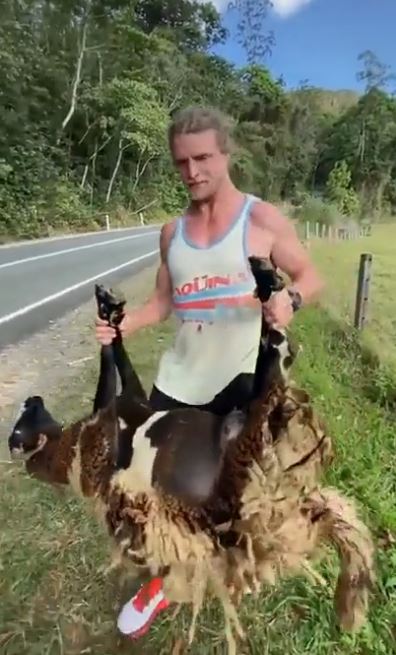 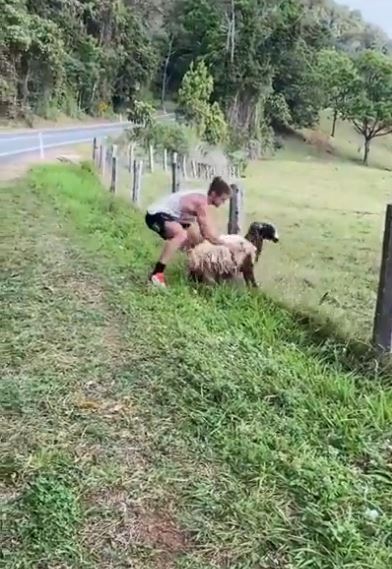 Cummins, 33, is famous for his superb off-the-wall video interviews.

And now he can add sheep saviour to his long list of accolades after the viral video of him melted hearts and picked up more than 11 million hits online.

After originally posting the clip on his Instagram, Cummins said: "Sheepish! In NZ this would have gone down very differently."

Explaining what he was doing to help the sheep, Cummins said: "He's got his horns caught along the wire."

After pulling the sheep free, the Honey Badger then gathered his legs before lifting the animal up and over the fence.

He added: "Bloody beautiful hey, okay buddy, usually they go into a sort of hypnotised state like this."

He made his debut in 2012 and played his last game against France just two years later.