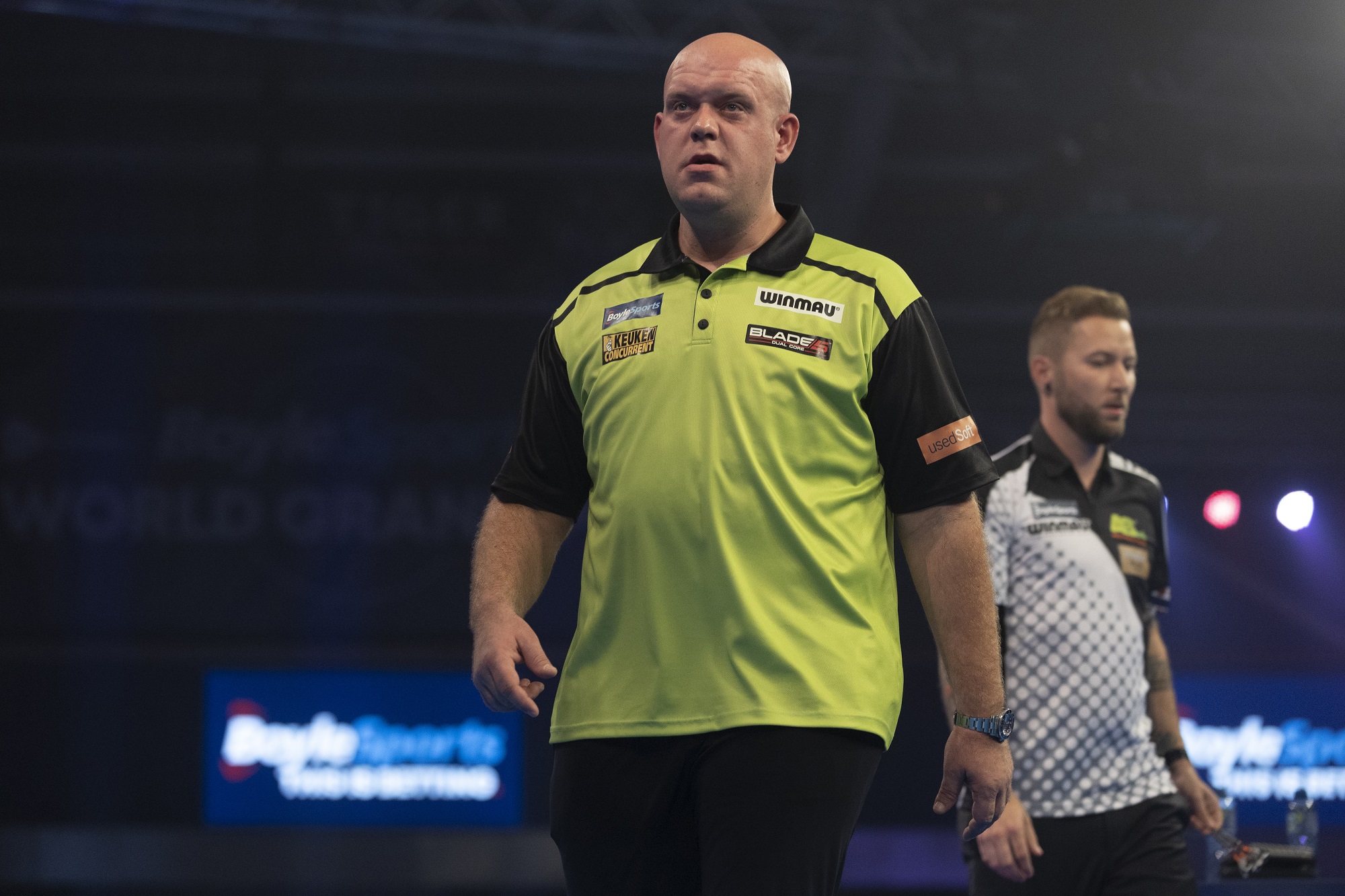 Michael van Gerwen says he ‘has never and will never use tactics’ during a game after he was accused of stamping on the floor during his shock World Grand Prix loss to Danny Noppert.

The five-time champion was beaten 2-0 by his fellow Dutchman on Monday night, but Noppert was not happy with MVG for some perceived cheating in the first set.

The former Lakeside finalist believed Van Gerwen was stamping on the stage while he was on a double and said that the two had words backstage after the first set which left MVG angry.

‘I’m really happy with this win,’ said Noppert after causing the big upset. ‘But first I want to say we had some troubles after the first set and I say to him, “you’re stamping on the floor when I’m on a double,” we made some words after the first set.

‘He was angry, I think, he was playing well second set but I was focused, I want to win the match, I don’t want to have it in my head or something.

‘I didn’t want it this way, it’s bad, but it was my feeling. I want to speak with him, it’s not the way for me, I’m happy with the win, but not feeling really good.’

Van Gerwen denied the accusation, tweeting later in the evening: ‘Angry and disappointed that I didn’t win tonight. The fans were phenomenal in Leicester tonight.

‘I have played this sport a long time and have never and will never use tactics on the oche. Thank you for all the support’.’

‘There’s clearly no love lost and there’s something gone on.’

Whatever happened it was a huge win for Noppert who is going through a difficult time off the oche, having recently lost his father and with his girlfriend currently pregnant.

He averaged 96.72 in an impressive performance, with Van Gerwen narrowly missing the bullseye for a rare double-in 9-darter during the contest.

It was a night of shocks, with more big names falling as Rob Cross beat Peter Wright and Ian White downed Gary Anderson.

Wright fancied his chances of lifting the trophy in Leicester, but Cross rediscovered some form and picked up only his second ever win in this tournament.

‘I thought I played well,’ said Cross. ‘In a tournament that I’ve probably struggled with, I’ve got to be grateful.

‘Everything’s good and if the confidence keeps growing, I’m back. I’ve got to keep myself balanced and keep working and moving forward.’