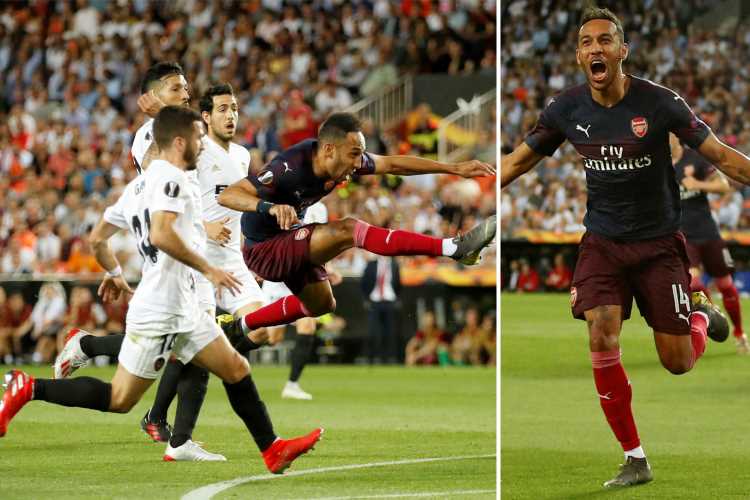 Mouctar Diakhaby opened the scoring, but a double from Alexandre Lacazette plus Pierre-Emerick Aubameyang's late strike put the Gunners in pole position for the Mestalla test.