Klineman, a first-time Olympian, and Ross, who has three medals in as many trips to the Summer Games, needed just 20 minutes to claim the first set. They fell behind 2-0 in the second before scoring 10 straight points to pull away. 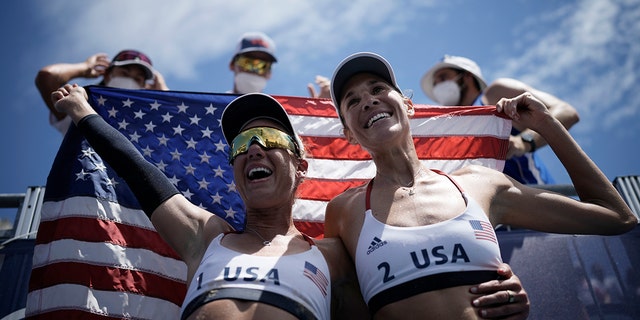 In total, the Americans lost only one set in seven matches in Tokyo.

Australia captured the silver, the county’s first medal since the Sydney 2000 Olympics when Natalie Cook and Kerri Pottharst took gold on Bondi Beach.

In the bronze medal match earlier Friday, Joana Heidrich and Anouk Verge-Depre of Switzerland cruised to a straight-set victory over Latvia.