TYSON FURY has launched yet another scathing attack on Deontay Wilder, mocking the excuses the American came out with after their rematch last year.

A trilogy fight between the pair is on the brink of coming to fruition after a judge ruled Fury must face the former WBC king before September 15. 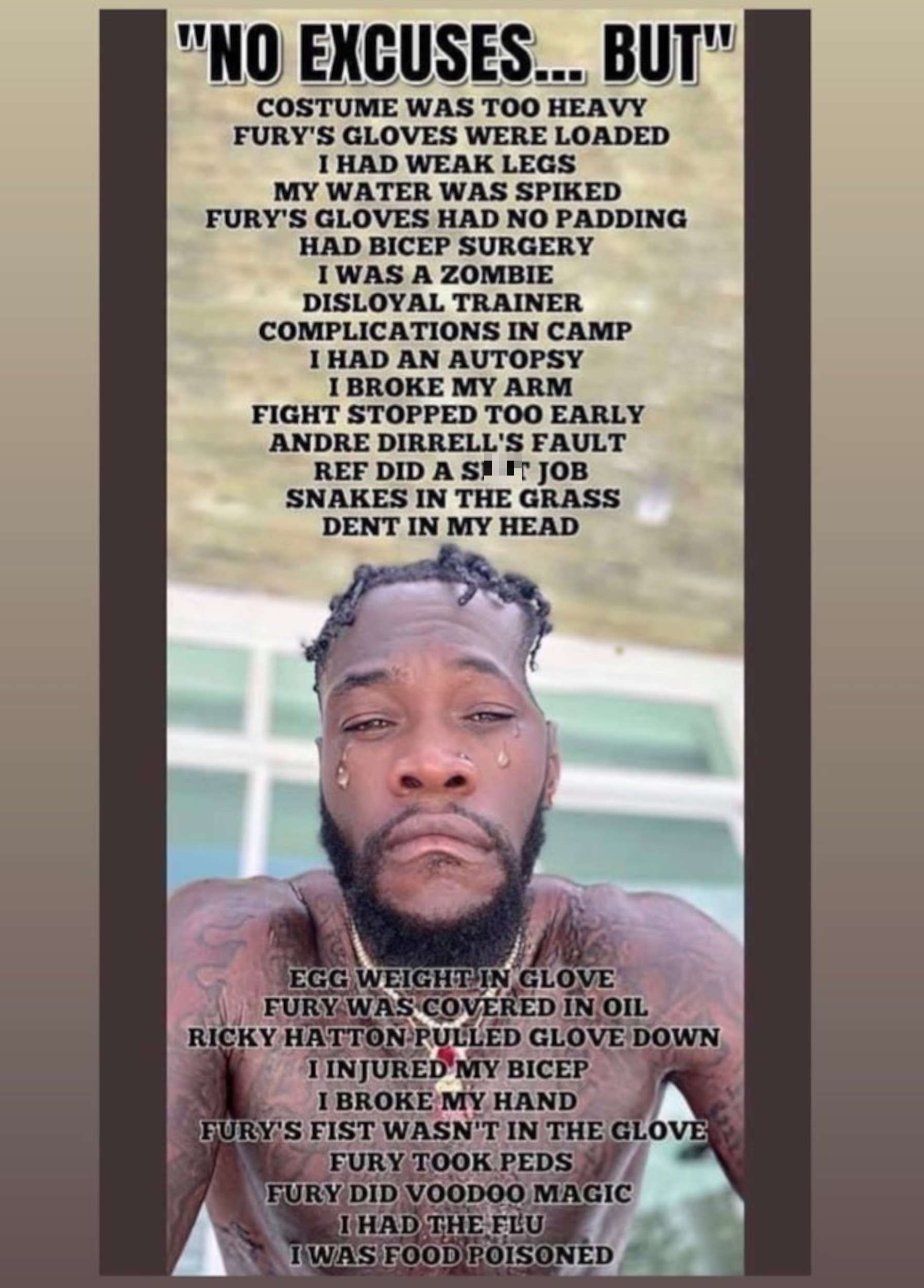 The ruling has seemingly scuppered a blockbuster undisputed heavyweight title fight between The Gypsy King and Anthony Joshua.

Fury, 32, has been left furious by the judge's ruling – so much so he's taken aim at Wilder on social media.

And in his latest dig at the Olympian, a fired-up Fury listed all the excuses The Bronze Bomber made after losing their second fight.

An excerpt of the post read: "No excuses… but: Costume was too heavy. Fury's gloves were loaded.

"I had weak legs. My water was spiked. Fury's gloves had no padding. Had bicep surgery.

"I was a zombie. Disloyal trainer. Complications in camp." 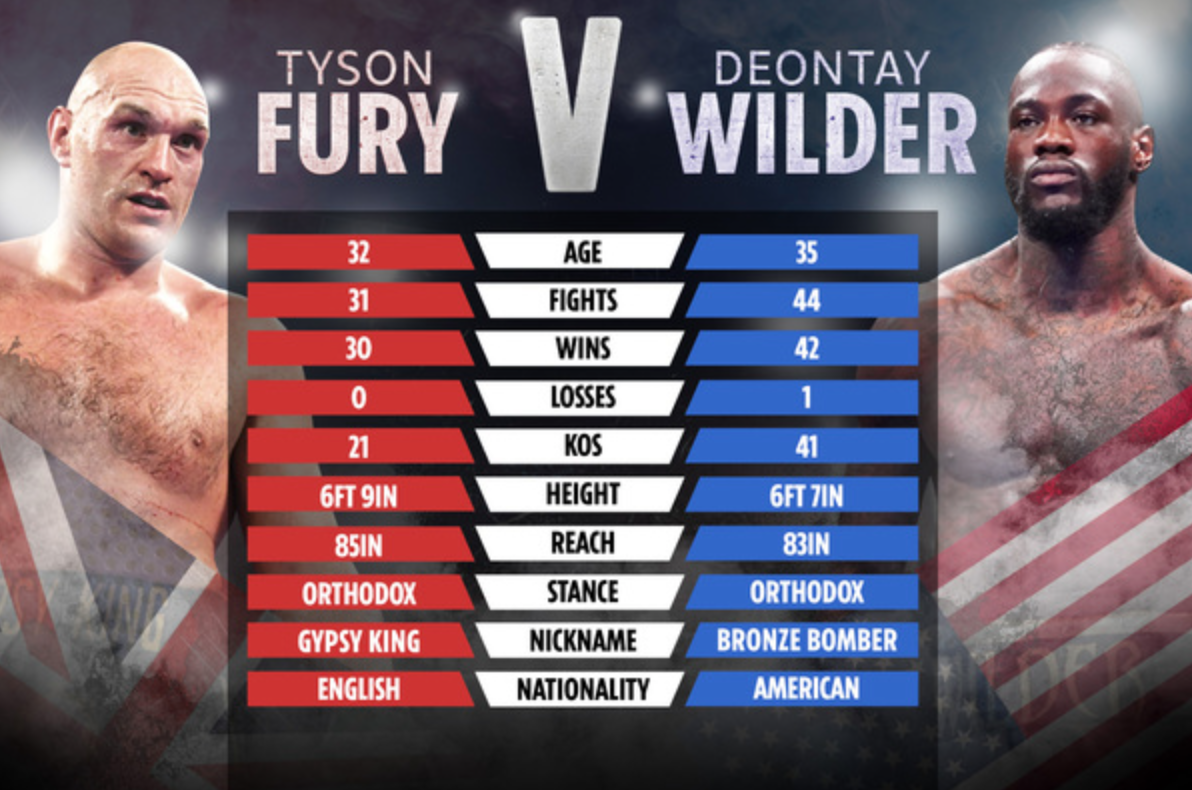 The post also included a number of conspiracy theories peddled by Wilder, including the 35-year-old's claim that Fury had 'egg weights' in his gloves.

Fury's post came after he branded Wilder a 'reptile' and a 'joke' for demanded a whopping £14million to forgo his trilogy fight.

Team Fury are currently making plans for a third fight with Wilder, despite a unification bout with Joshua still not being officially dead in the water.

The 89-year-old said: “We’re not paying Wilder to step aside. 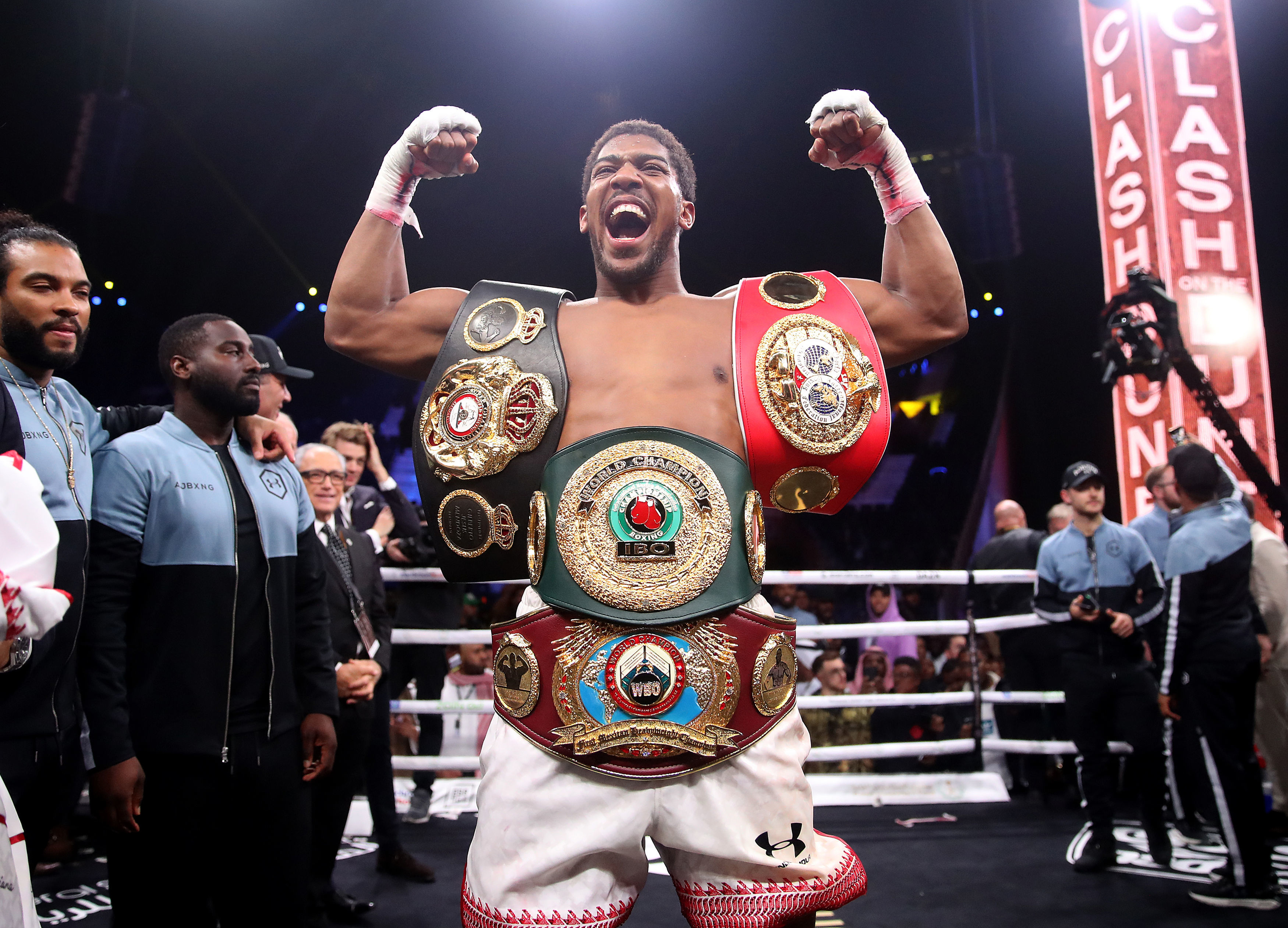 "It’s better to get rid of him and go about our business. We can make the Fury-Joshua fight for November or December.”

Joshua's camp have turned their attention towards a clash with former undisputed champ Oleksandr Usyk but are still holding out hope for a unification fight.

Matchroom boxing chief Eddie Hearn said: “I have been focusing on Plan A. The only fight we had our mind on was Tyson Fury.

“We hope that that fight can still take place on August 14th. The game changed last night where we have to have a plan B in place, and probably a plan C as well.

“We have a couple of different options; of course, the one that springs to mind immediately is the WBO mandatory of Oleksandr Usyk. 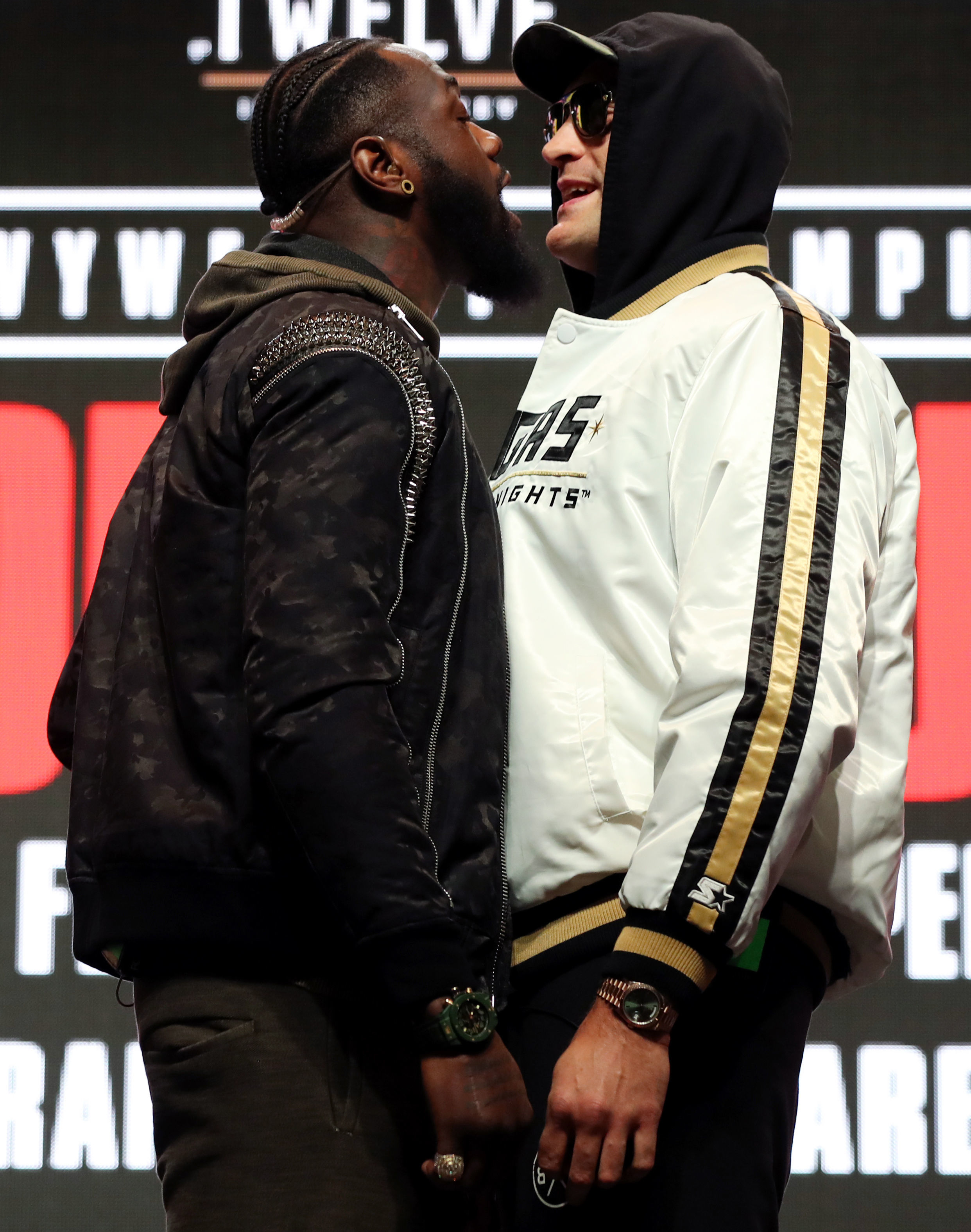 “They have been quite patient and I think really, we are in a situation where if Team Fury don’t get themselves together, get their act together, by the end of this week, we will have no option but to look for an alternative fight.

“AJ wants to fight this summer, Oleksandr Usyk is the mandatory, we have two or three other options as well. In an ideal world, if the right deal could be done, to maintain those belts and to keep the Fury fight alive for December, but for the undisputed as well.

“I had a very good conversation this morning with Alex Krassyuk, he is a partner of ours and we have worked very well with Oleksandr Usyk and I was just very honest.

“I said to him, ‘Team Fury are trying to solve the issue, if they don’t, there’s a very good chance we could be fighting you.’

“So if we are all sensible, let’s move forward, let’s try and look at the options to get that locked in. Again, we are in a situation where we just don’t know how likely it is to get a full venue for August in the UK.

“That was one of the reasons it was ruled out for the Fury fight, we couldn’t get the confirmation from Wembley and other venues that we would be allowed full capacity.”