EINTRACHT FRANKFURT striker Bas Dost is reportedly being eyed up by Tottenham.

Boss Jose Mourinho complained about his side’s laziness during their opening day defeat to Everton. 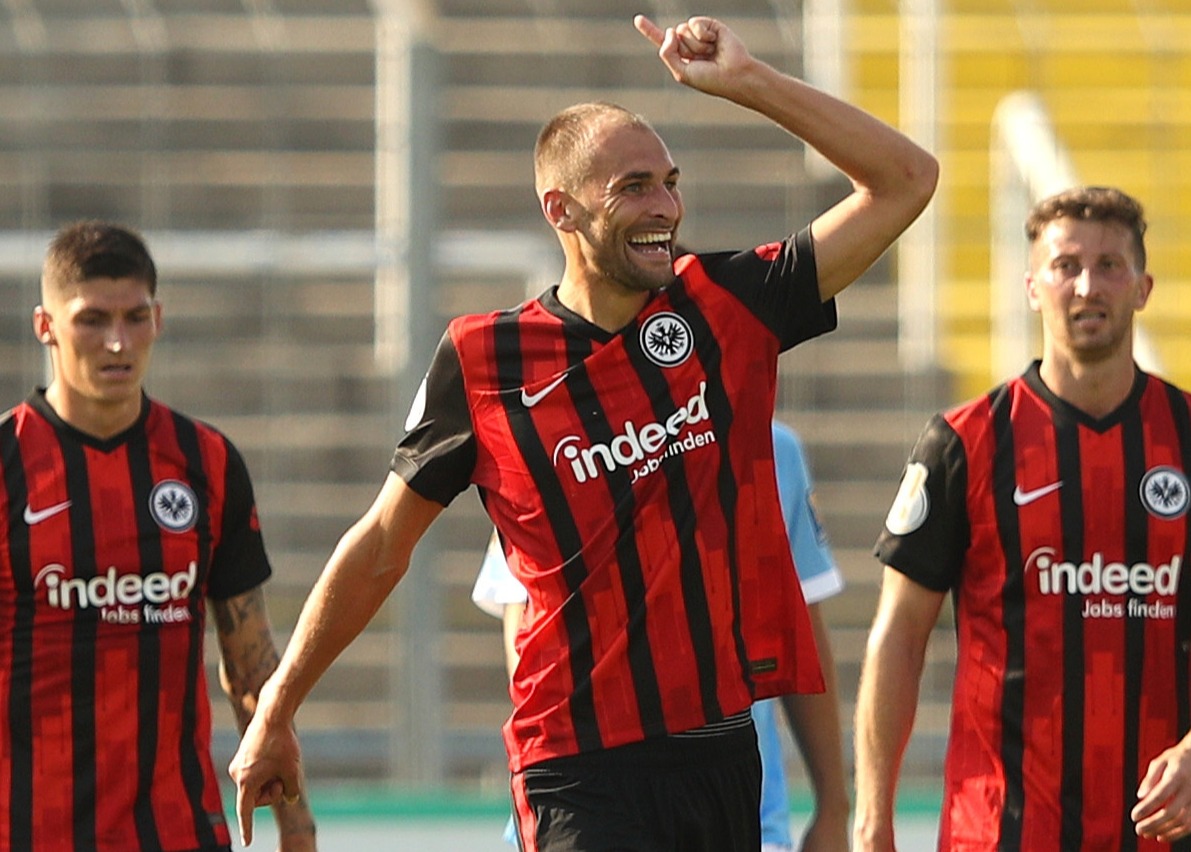 He is desperate to bring in extra competition for the likes of Harry Kane and Son Heung-min.

And The Mail claims Dost is the man who has been identified by Mourinho.

Frankfurt only bought the forward from Sporting Lisbon 12 months ago for £6.5m.

They are believed to be willing to accept a cut-price £5.5m for him now.

The 31-year-old scored 10 goals in Germany last season after he fired 81 in 103 appearances for Sporting.

Mauricio Pochettino failed to bring the 6ft 5in target man to North London two years ago.

Mourinho is desperate for reinforcements following the disappointing start to the Premier League campaign.

Napoli striker Arkadiusz Milik is another man on his wanted list, as is Real Madrid left-back Sergio Reguilon.

Spurs have already been active in the transfer market this window.

Both Pierre-Emile Hojbjerg and Matt Doherty have arrived for £15m apiece from Southampton and Wolves.

And goalkeeper Joe Hart arrived on a free from Burnley.