TOPLESS Tyson Fury delighted fans in Miami today as he was seen firing T-shirts and towels into a small band of supporters.

The 32-year-old boxing champ is enjoying the sunshine at his training camp with 22-year-old Love Island star brother Tommy. 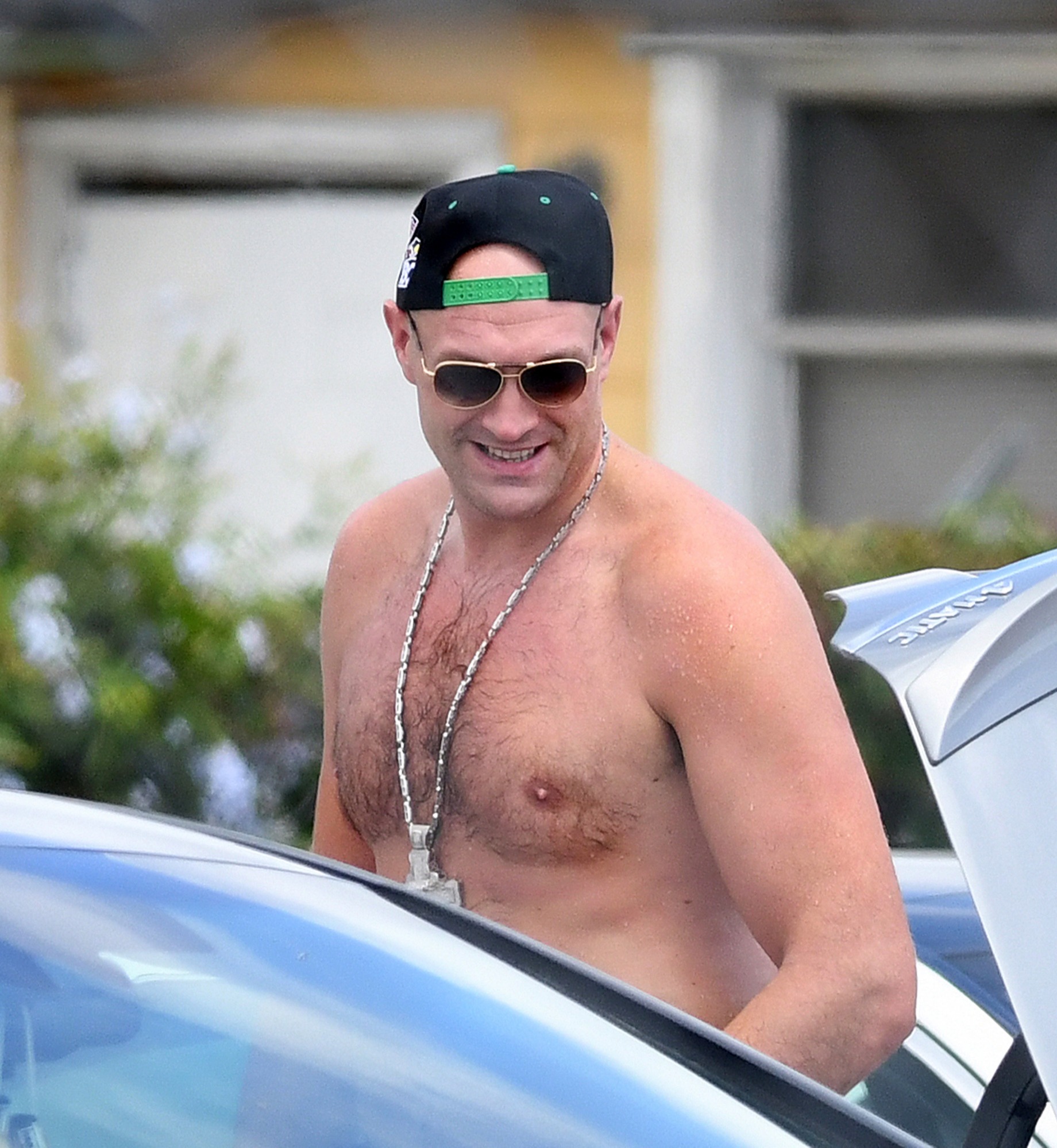 Today, the siblings were snapped heading to their car after a workout where a group of fans appear to have gathered.

Smiling, Tyson went over to the boot of the vehicle and grabbed what looked like towels and T-shirts.

He then threw them over sending them – unsurprisingly given the notorious power of his right arm – into the sky.

Tyson has been mobbed by fans and well-wishers on his trip across the US, which began in the boxing mecca of Las Vegas. 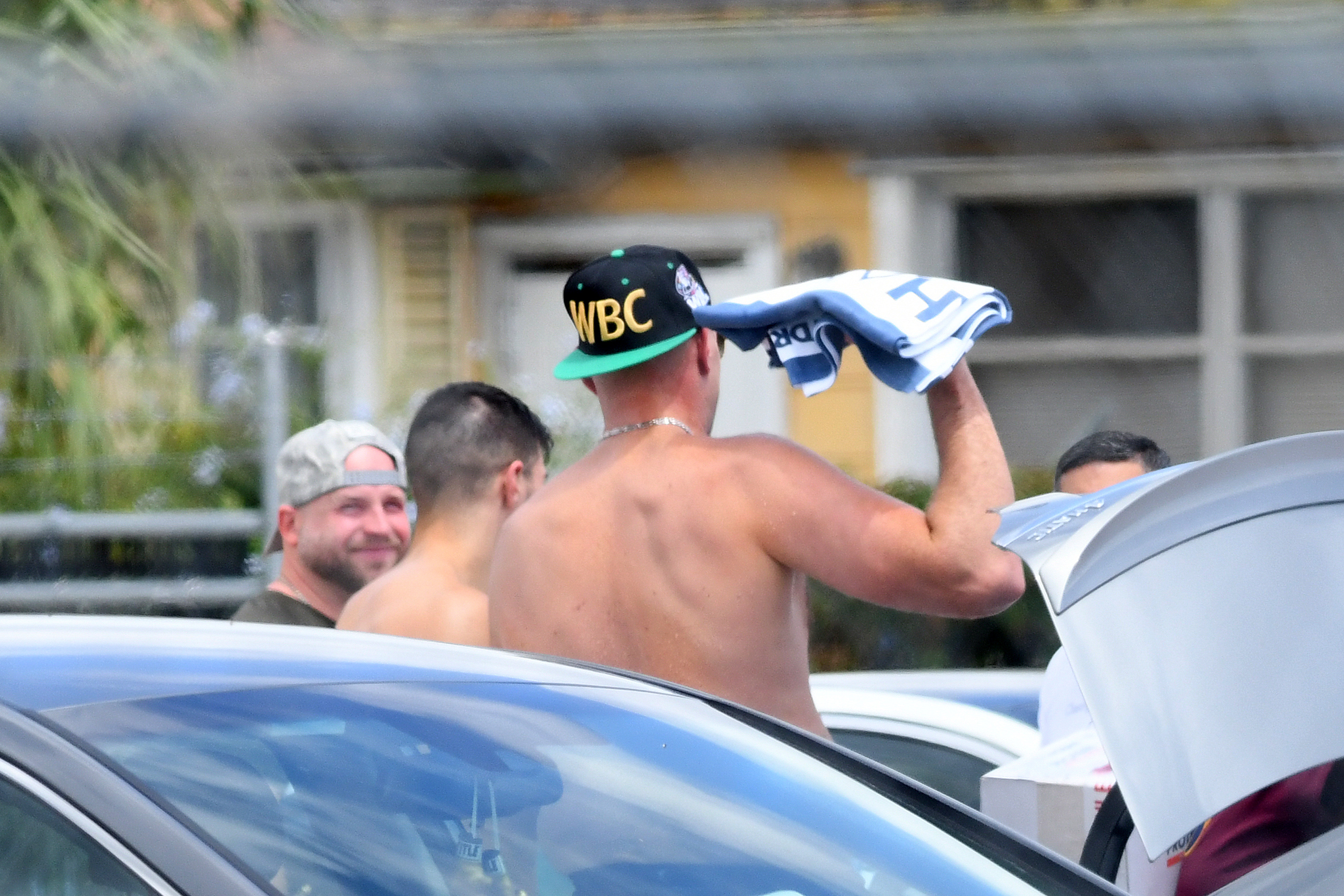 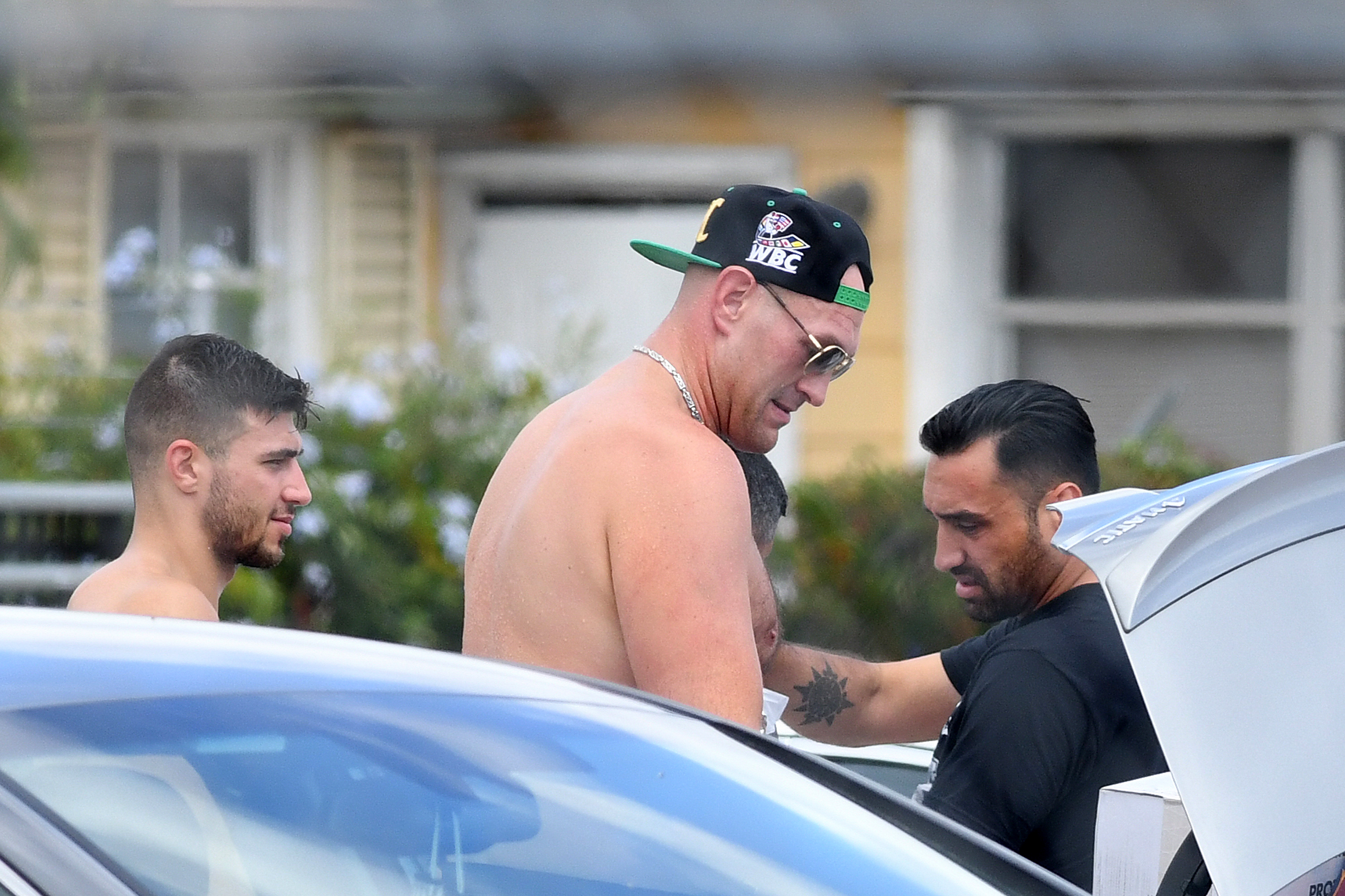 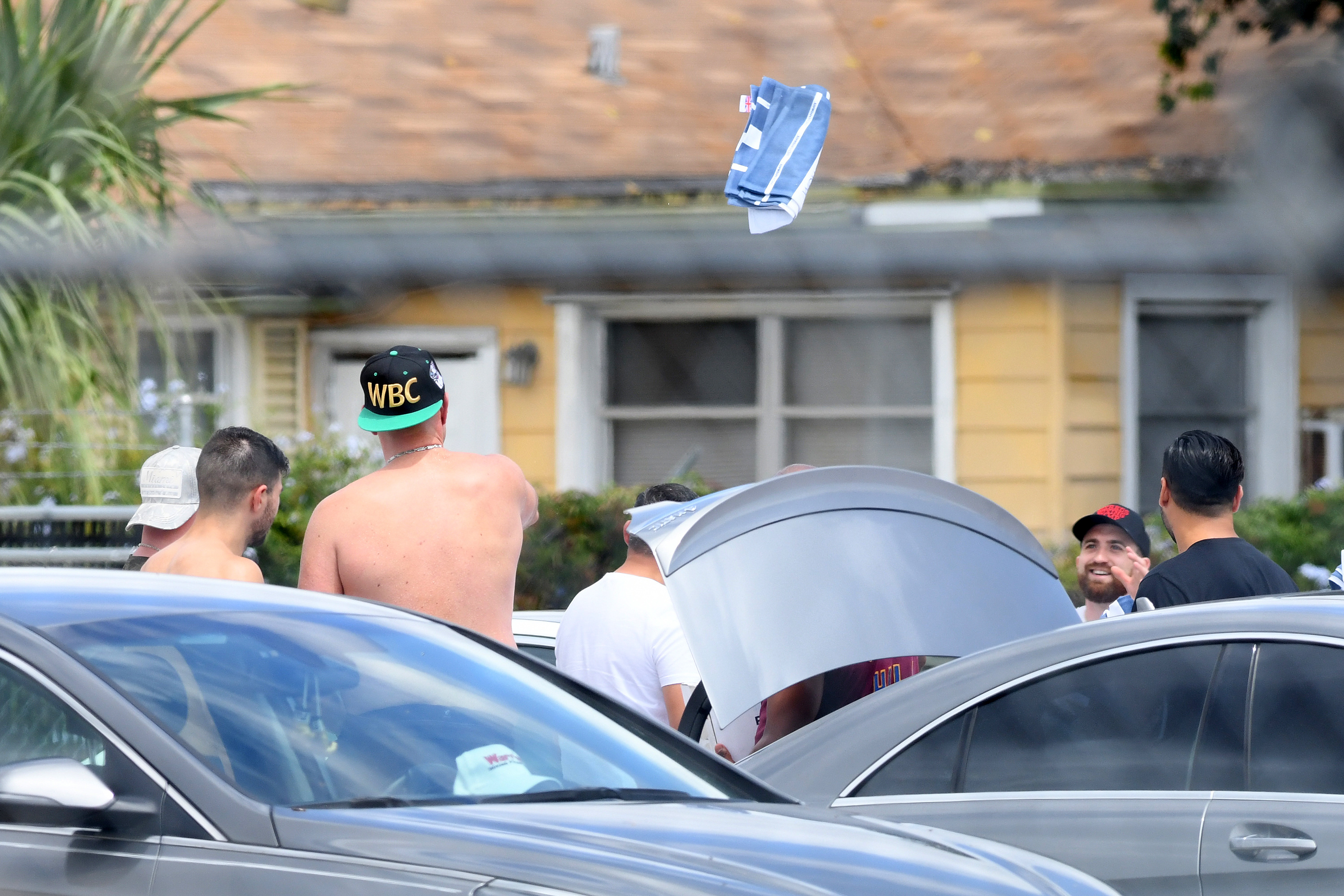 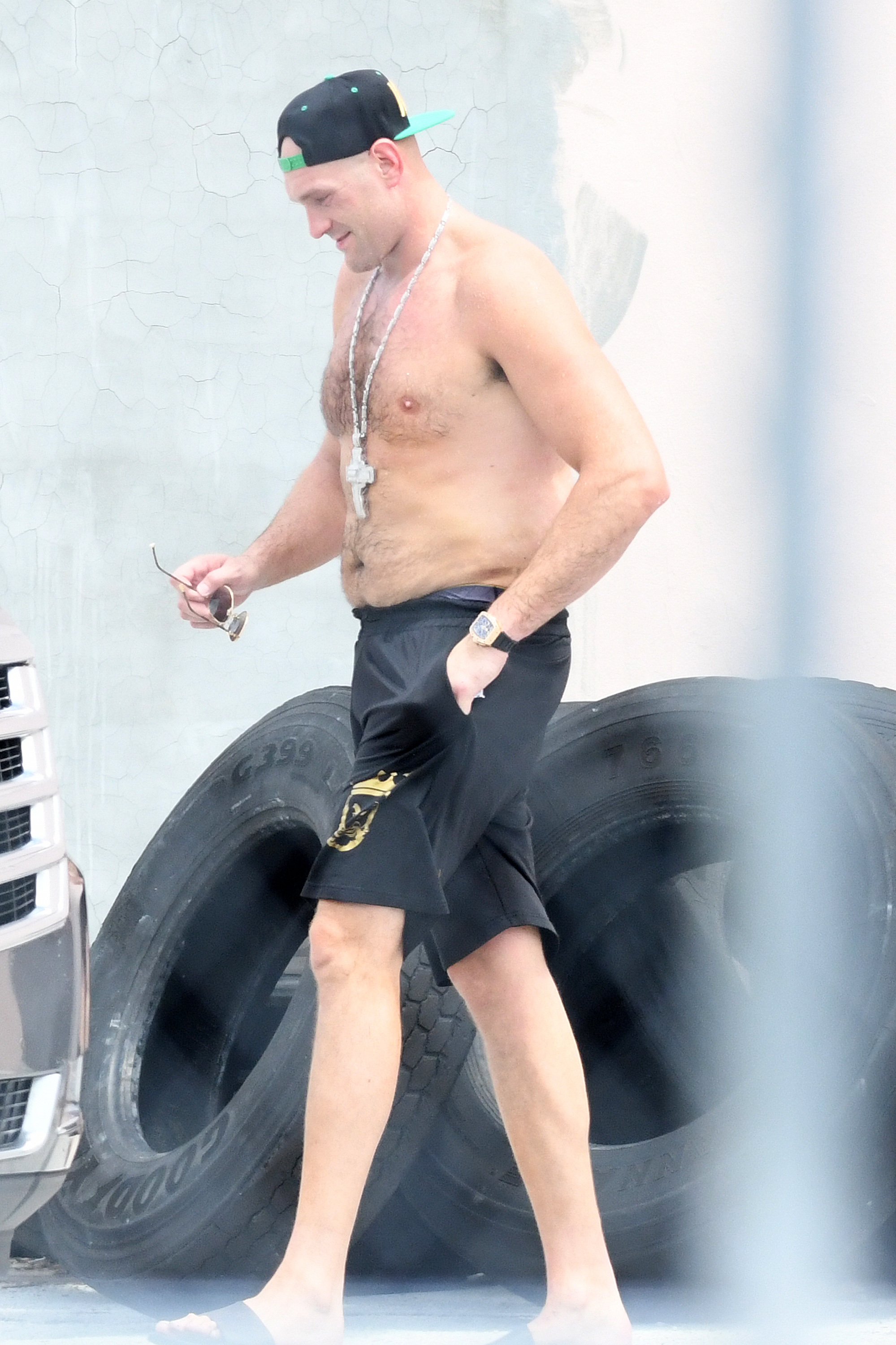 Last week he let female fans slather him with suntan oil as they got hands-on with the Gypsy King.

And this week his wife, 31-year-old Loose Women star Paris, left their £550,000 Morecambe home and jetted into Miami to be with him.

She flew with their sons Prince Tyson Fury II and Prince Adonis Amaziah, and daughters Valencia and Venezuela on the First Class flight.

Their eight-year-old son, Prince John James, was already in the US with his dad living the high life as he trains for his upcoming fight against Anthony Joshua. 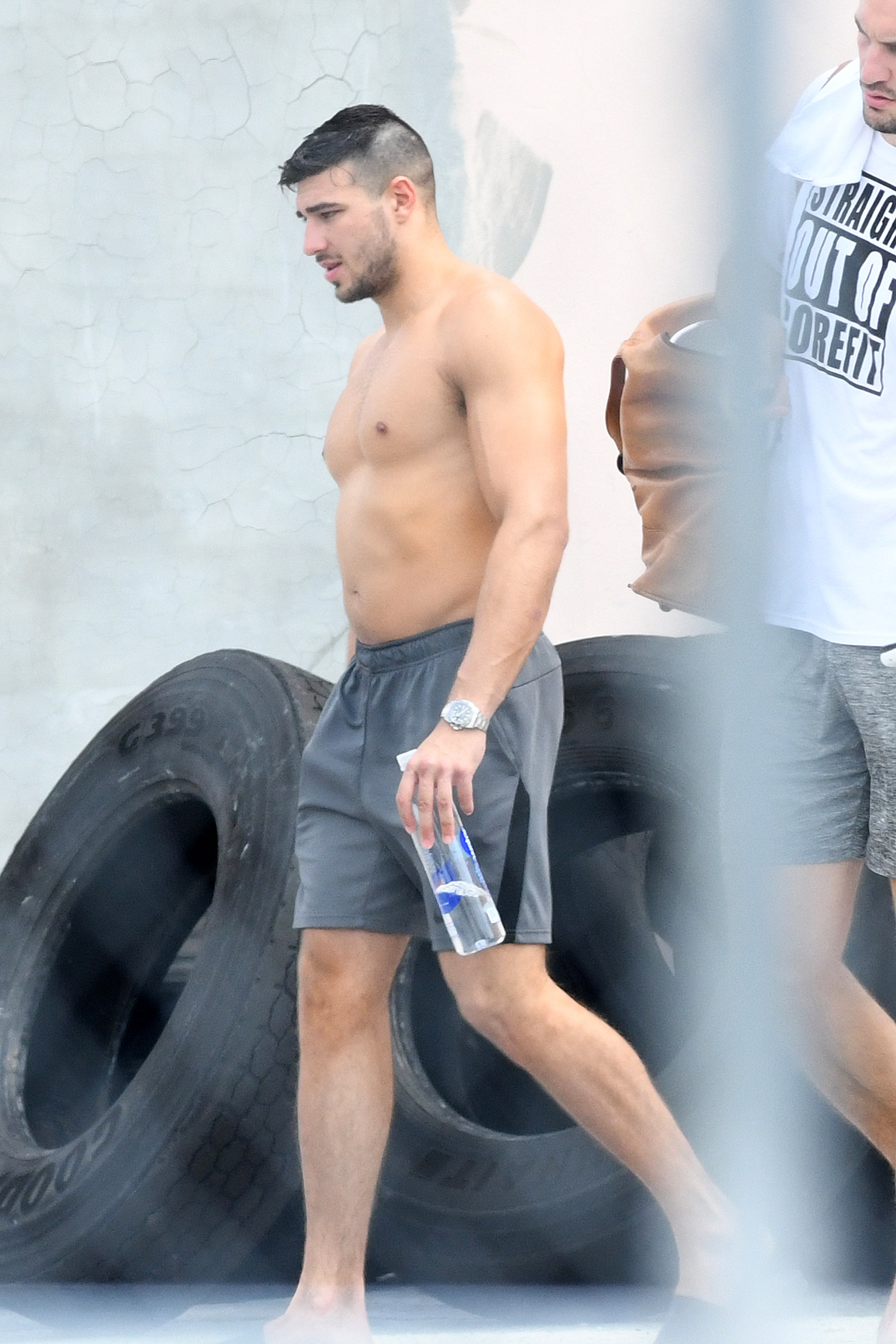 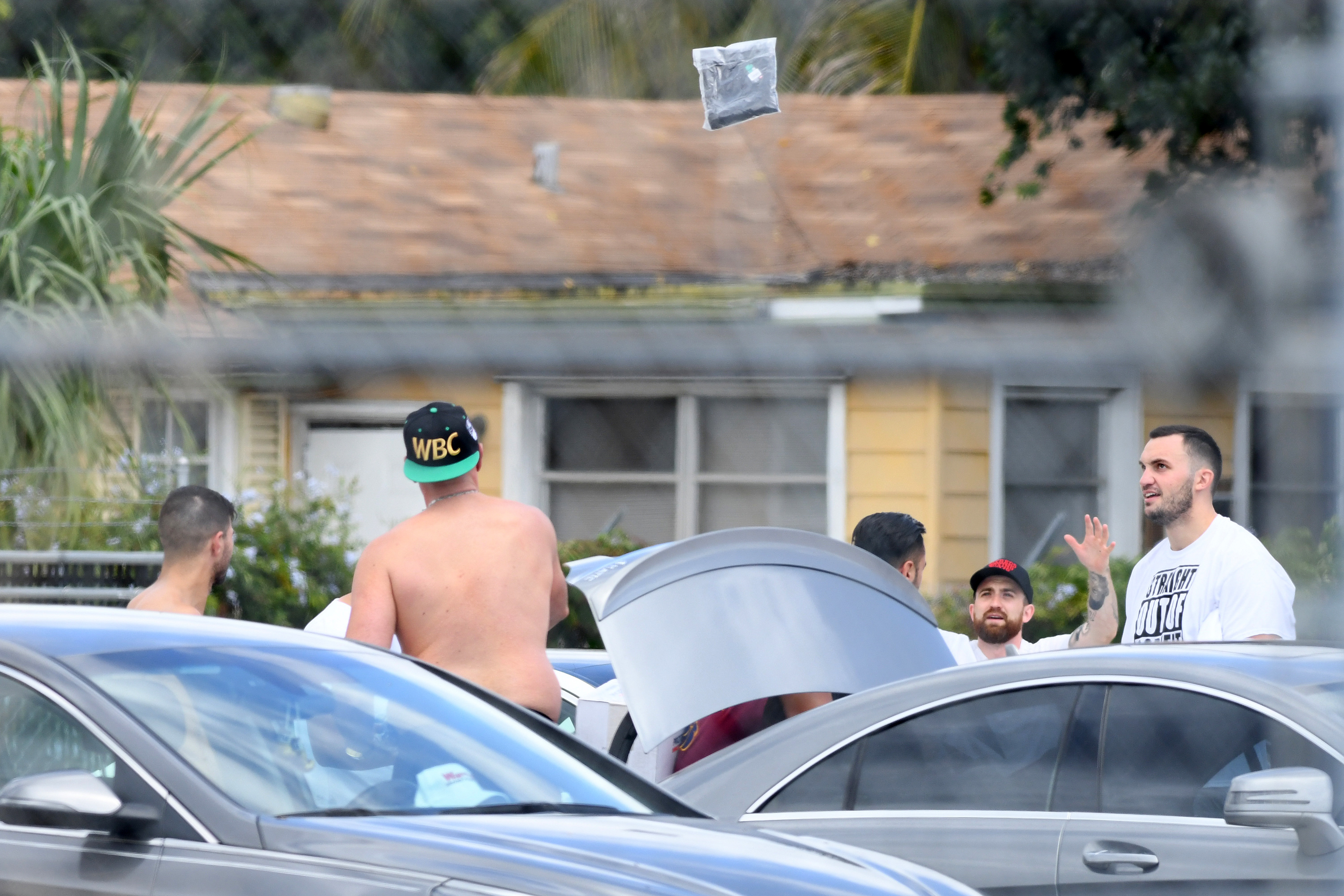 Pregnant Paris and Tyson were later seen dancing together as she showed off her baby bump in a small black bikini.