TOP players have reacted to the yobbish behaviour of fans opposed to them ‘taking a knee’ by voting overwhelmingly to continue doing it.

The Professional Footballers Association sent a questionnaire to its members asking if they still felt it was the best way to show their support for the anti-racism movement. 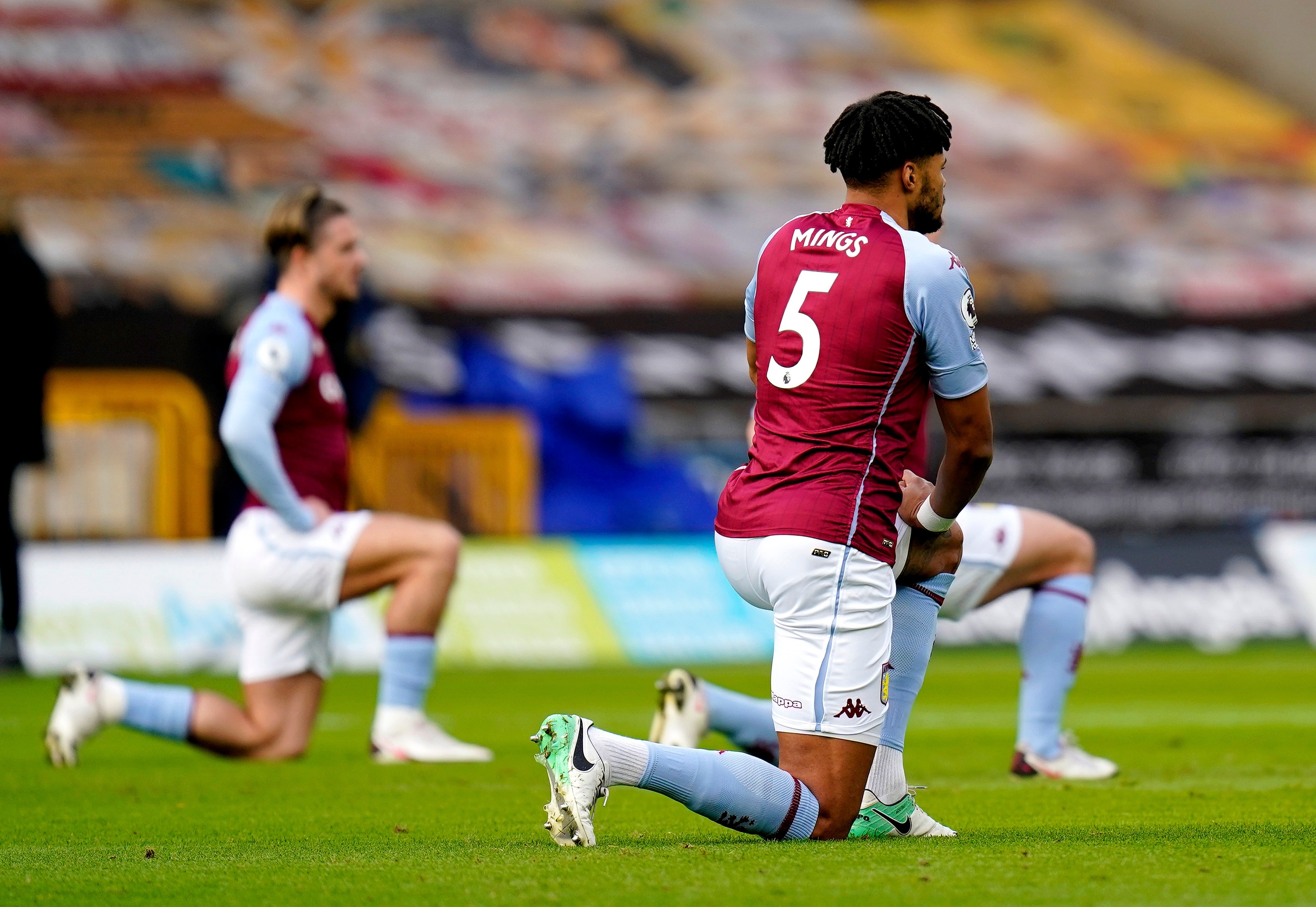 And 80 per cent of the players who responded said they wanted to continue the gesture.

That was rather than alternative ways of getting the message across – even if it meant being booed by the football louts.

That reaction delighted PFA executives, who issued a statement saying it was heartening to learn that players would ‘support continuing this act of solidarity despite any adverse responses that may be received.’

With up to 2,000 fans now being allowed to attend matches, no-one could have predicted the unsavoury way some supporters would react to their players taking a knee before kick off.

The first incident came at Millwall on December 5, when fans booed the players before their home match against Derby.

The London club later released a statement saying they were ‘dismayed and saddened’ by the behaviour of those supporters.

At Exeter, a fan was thrown out for booing the gesture before the played Harrogate on Tuesday.

And there were more jeers than cheers before the start of Cambridge’s game against Colchester.

Those events prompted the PFA to launch their survey asking players to reply to five questions, which were:

Do you want to take the knee as a squad?

Do you want to take the knee individually?

If the knee is shown resistance by fans do you think it should be reconsidered?

Would you welcome an alternative to taking a knee?

If so, please give details?

The PFA released a statement after they received more than 400 replies, with a huge majority voting to keep taking a knee.

The statement said: “This powerful symbol of solidarity represents the players' commitment to anti-racism and is not an endorsement of any political position.

“The decision to take the knee before matches was initially made by Premier League captains during Project Restart, to show solidarity with Black people facing discrimination globally.

“It is a peaceful act of unity that highlights a persistent and systemic issue.”