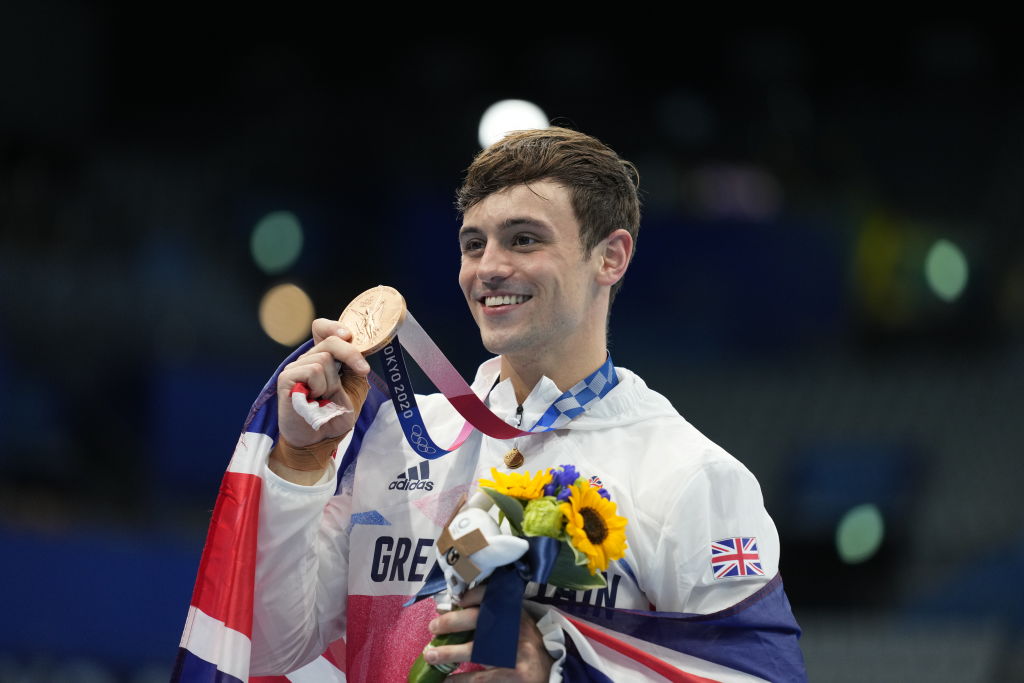 Tom Daley says he could well be back for Paris 2024 after he secured his second medal of the Tokyo Games and his fourth Olympic medal of his amazing career.

The 27-year-old won bronze in the 10m platform on Saturday, adding to the 10m synchro gold he won with Matty Lee earlier in the Games.

The diving icon is competing in his fourth Olympics, winning medals at three of them, but is not dismissing the idea of making it a fifth in France in three years’ time.

‘I’m definitely going to have a break and a few margaritas, but don’t rule me out for Paris,’ Daley told the BBC’s Nick Hope.

The two-time world champion in 10m platform is thrilled with how his trip to Japan has gone, having only recently returned from a serious knee injury.

China is the dominant force in diving, winning seven of the eight golds on offer in the sport in Tokyo, so for Daley and Lee to grab one from their grasp is a superb achievement.

‘I am so happy that this Olympics has gone the way it has,’ said Daley. ‘I feel like a different athlete, I feel like I’ve been through so many different things over the years.

‘At the end of May, I didn’t even know if I was going to make it to these Games. I tore my meniscus and had knee surgery, I always dreamed I’d be fit enough to come back and dive at these Olympics.

‘If someone had told me I was going to win a gold and a bronze, I probably would have laughed in their face.

Daley turned in an immense performance in Saturday’s final, with only one notable error in his fourth dive, which allowed the incredible Chinese pair of Cao Yuan, who took gold, and Yang Jian, who finished with silver, to move ahead of him.

‘Once you’re in the final, that’s what I love,’ he said. ‘I love competition when it counts, there was great competition with the two Chinese divers, they pulled away when I missed it a little bit on the fourth dive.

‘I’m extremely happy to come away with another Olympic medal.’

For more stories like this, check our sport page