TJ DILLASHAW is able to fight again with his 730 day UFC suspension for a failed drug test now lifted.

The former bantamweight champion has not fought since January 2019, when he moved down to flyweight, and was knocked out by Henry Cejudo. 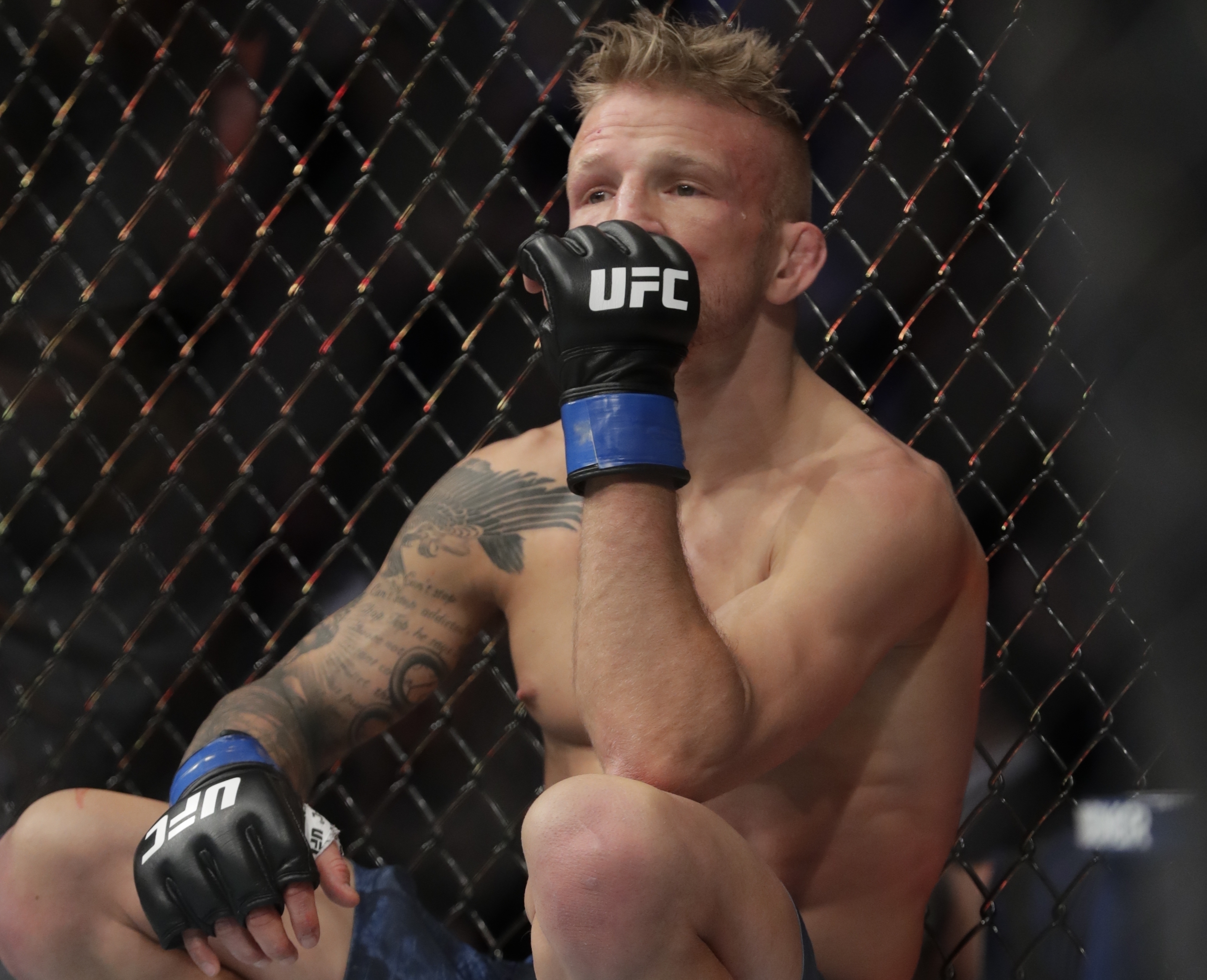 The banned substance landed the American with a two year punishment – which he has now served.

Now, UFC president Dana White will welcome back Dillashaw, who vacated his 135lb belt after his failed test was announced.

White recently revealed he will hold talks with the 34-year-old, who hopes to receive an immediate title shot.

He said: “We gotta talk to him about that.

"He would know the answer to that question better than we would."

Dillashaw initially denied any wrongdoing, but in a rare turn of events admitted he cheated and 'got caught'.

In a 2019 interview with Chael Sonnen, who was also banned for a failed test during his career, Dillashaw said: "I messed up.

"I'm having a hard time trying to forgive myself for this – which I should have a hard time.

"I understand the criticism and the scrutiny coming my way.

"But what I really feel bad about is the bad light I'm bringing on my coaches, my family, my team-mates.

"They had no involvement in this, and I feel the worst for them. I've got a 15-month-old son, and I want to be a role model for him.

"I've got to man up to what I did. I accepted all penalties – I didn't try to fight this thing."