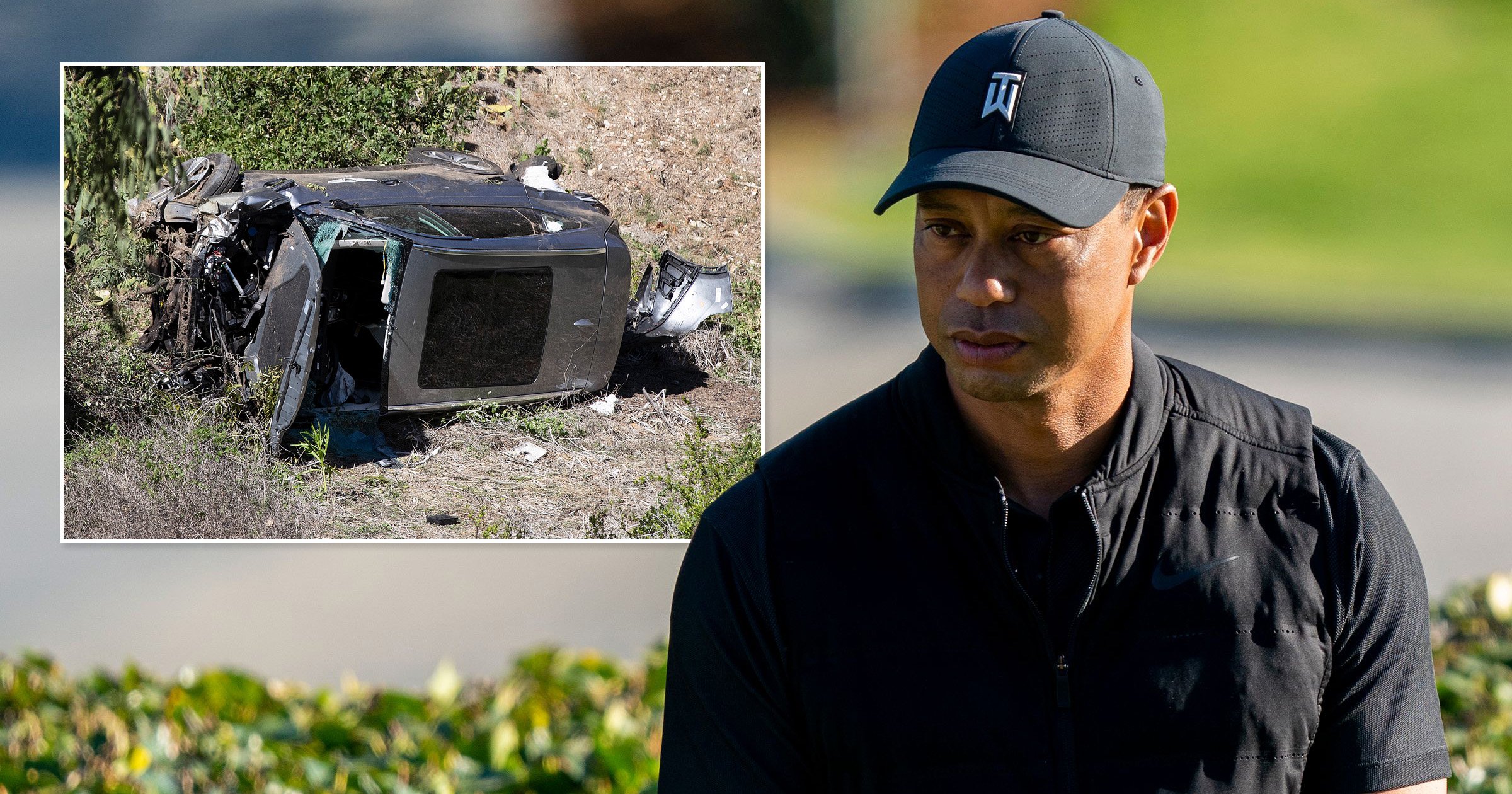 Tiger Woods is ‘awake, responsive, and recovering in his hospital room’ after undergoing surgery on the ‘significant’injuries he sustained to his right leg following a horror car crash, a statement on his official Twitter account confirmed.

‘We thank everyone for the overwhelming support and messages during this tough time,’ the statement read.

‘As previously communicated Tiger was involved in a single-car accident early this morning in California. He has undergone a long surgical procedure on his lower right leg and ankle after being brought to the hospital.

‘He is currently awake, responsive, and recovering in his hospital room.’

‘Comminuted open fractures affecting the upper and lower of the tibia and fibula bones were stabilised by inserting a rod into the tibia. Additional injuries to the bones of the foot and ankle were stabilised with a combination of screws and pins.

‘Trauma to the muscle and soft tissue of the leg required surgical release of the covering of the muscles to relieve pressure due to swelling.’