THE future is upon us.

This week Amazon Prime will join Sky Sports and BT Sport in broadcasting TV coverage of the Premier League in the UK. 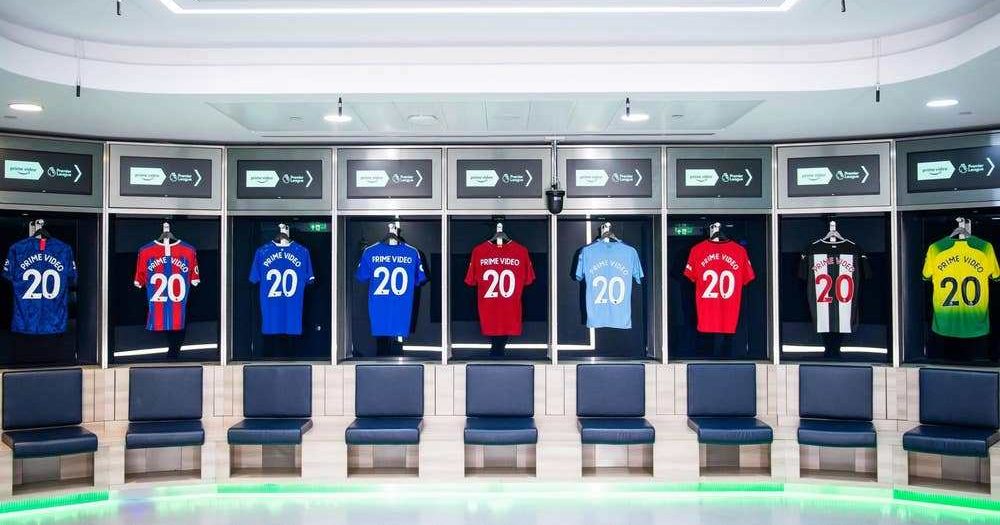 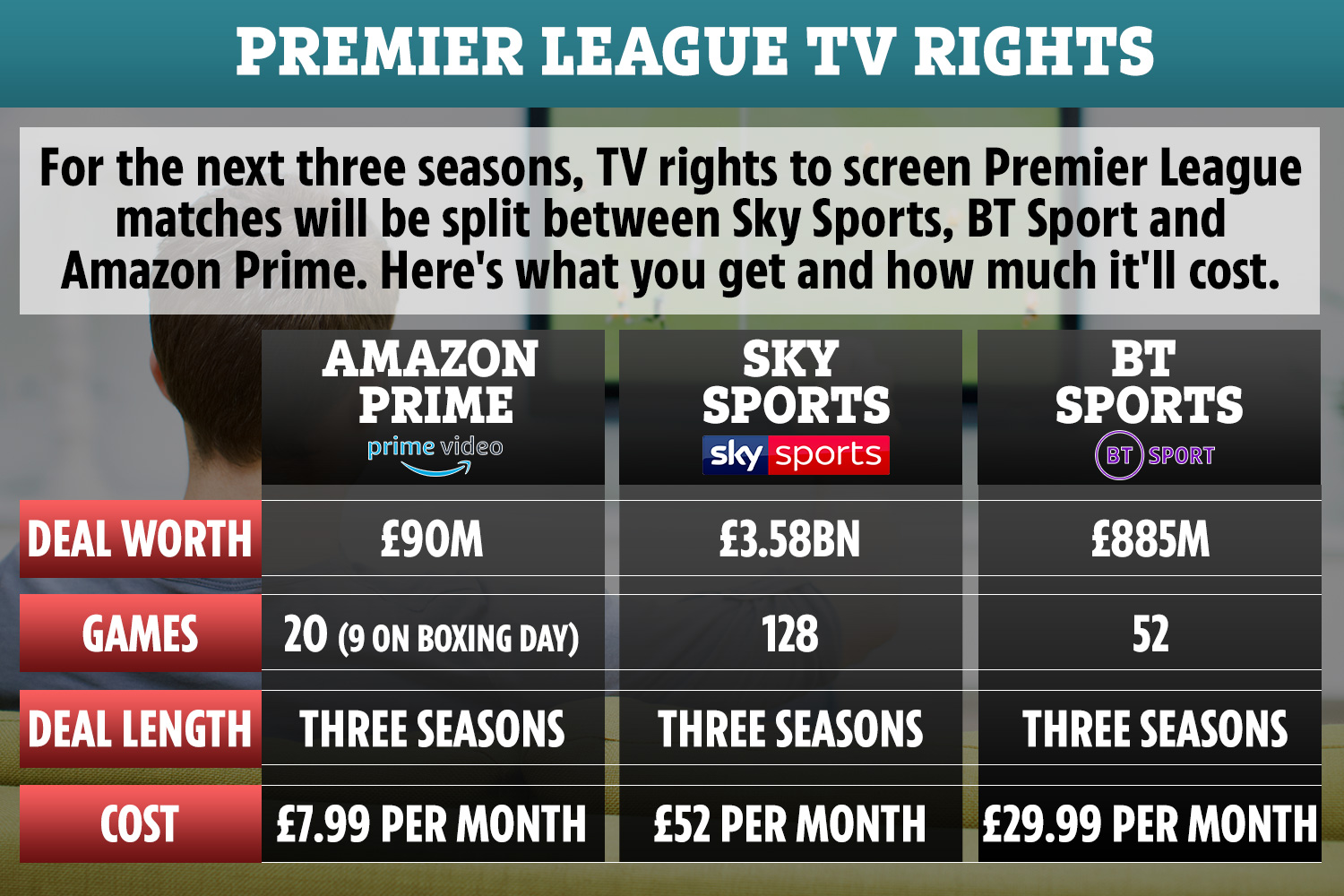 The new kids on the block paid £90m to join that exclusive club in 2018 – and for the next three years you will be able to watch 20 games a season for the cost of an Amazon Prime account, a measly £7.99 per month.

Their aim is to become the Netflix of football, changing the way we watch sport forever.

Manchester United's executive vice-chairman Ed Woodward revealed in a club shareholders meeting last year that streaming live sport will be the "future of content consumption" and Amazon are hoping to become the pioneers.

HOW WE GOT HERE

Last year, the online tech giants won the rights to show every game from the first round of midweek fixtures in December and all 10 Premier League matches on 26 December as part of a three-year deal.

The games are available to Amazon Prime's UK subscribers, who pay £7.99 per month, or £79-per year for the privilege.

As well as showing live content, there will be opportunities to stream weekly highlights of all Premier League matches throughout the season.

Sky Sports secured the majority of Premier League TV games in a £4.46bn deal, which will allow them to broadcast 128 matches annually.

While BT Sports paid £885m to show 52 live events. Sky Sports, BT Sport and Amazon Prime will all do this for the next three seasons. 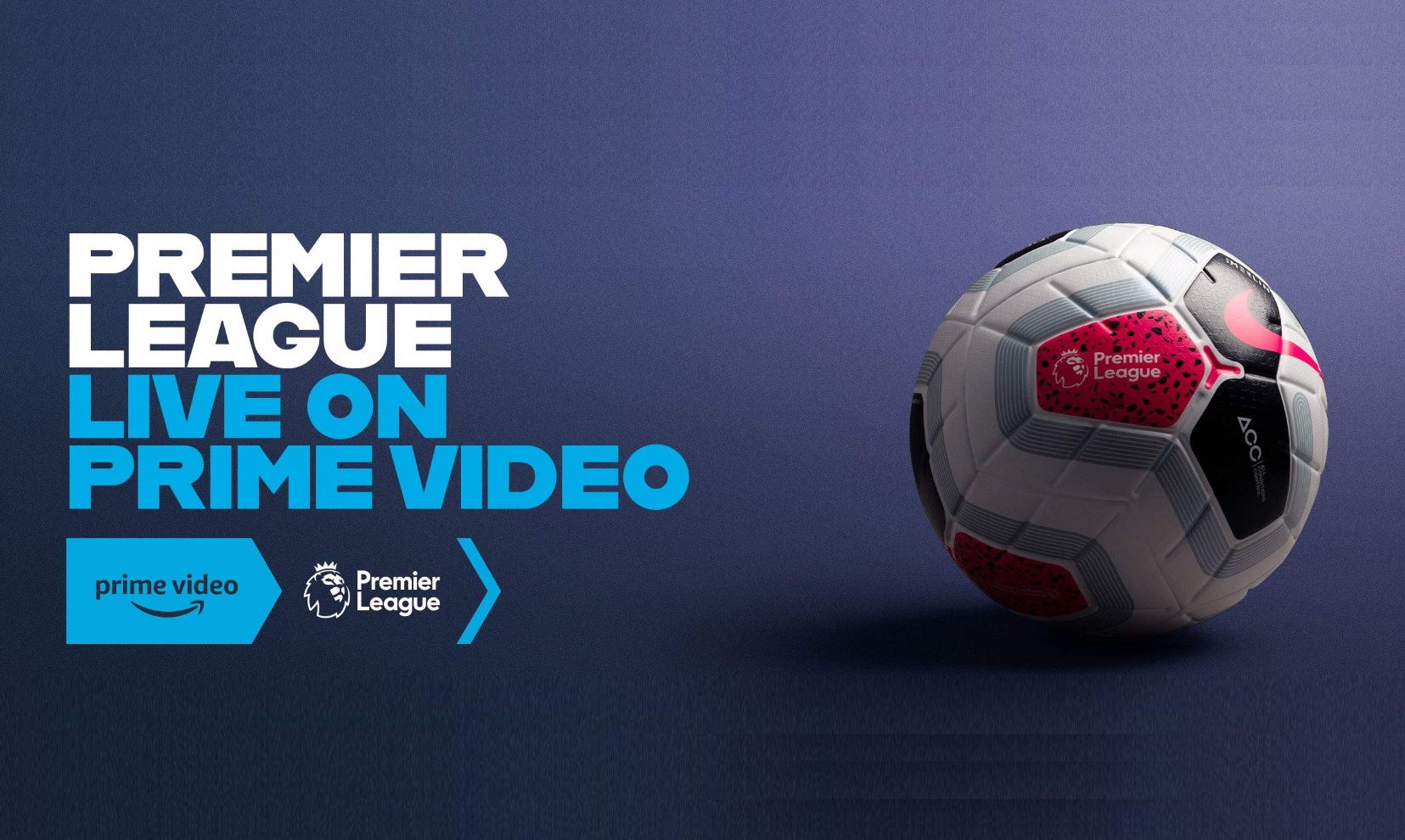 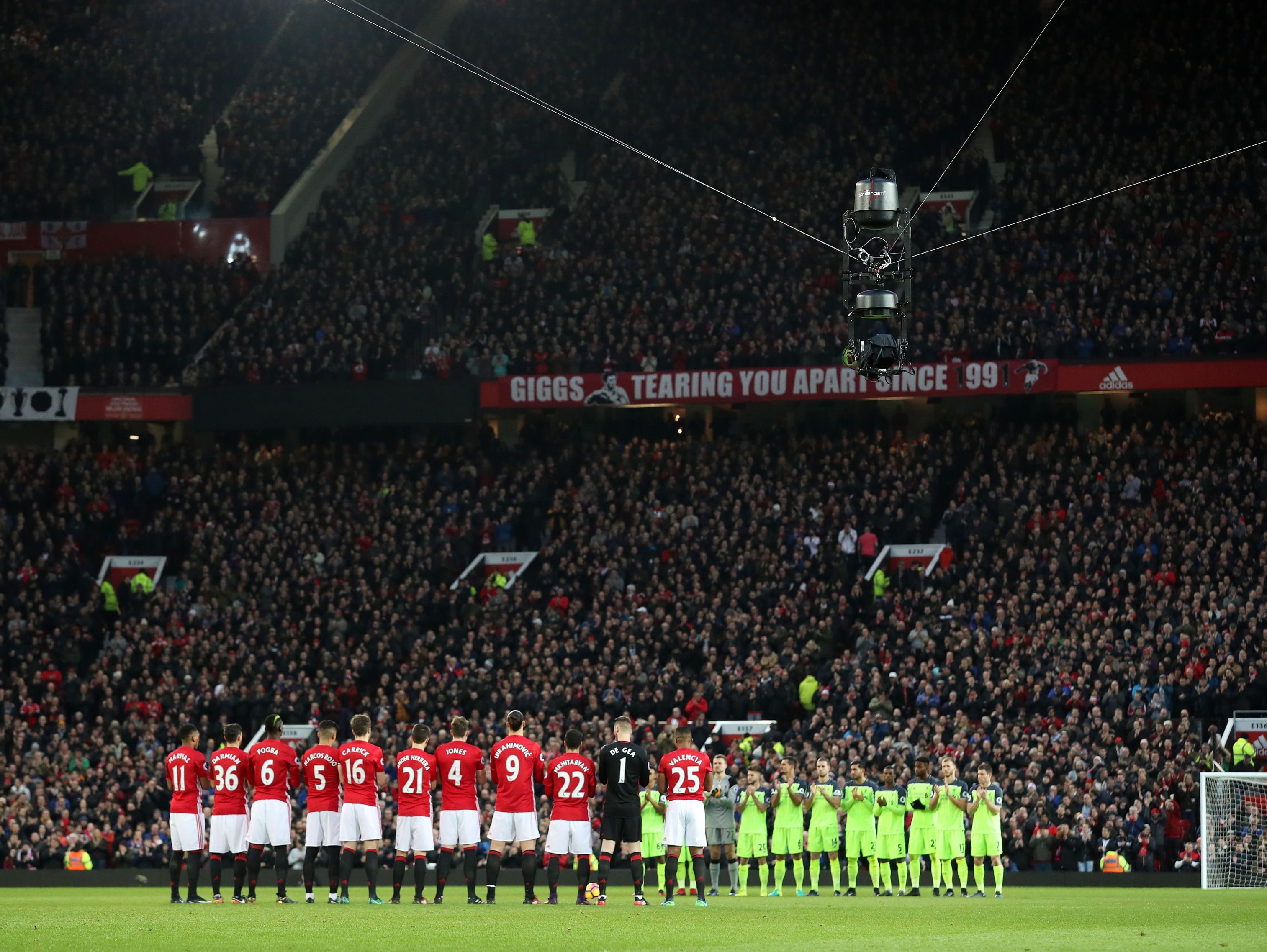 Amazon, renowned for being ahead of the curve when it comes to technology, have announced their football coverage will attempt to push boundaries.

They're promising to introduce Spidercams – designed to give the viewer a bird's eye view of all the action.

Broadcast through a radio-controlled camera that can reach speeds of up to 21 mph, it sits 10 metres above the ground, and is held in place by four wires that are connected to every corner of a stadium.

But it's not an entirely new invention, having been used in cricket and rugby before, as well as during a 2017 Liverpool vs Manchester United game.

Amazon are also promising an X-Ray feature that will allow viewers the opportunity to follow live Opta match stats, see line-ups, and view key highlights while the game is going on.

While you can also feel what it's like to be at the stadium with their crowd noise only option, that eliminates commentary for an extra bit of realism.

WHO'S WHO OF PUNDITS

Amazon Prime are rolling out the big guns when it comes to presenters and pundits.

Gabby Logan and the legend that is Jim Rosenthal will be on hosting duties, and they will be joined in the studio by a stellar list of experts.

Robbie Savage, Dion Dublin, Tim Sherwood and Joe Cole will be among the pundits on Goals Centre – a channel that will allow you to see every goal in every game as they happen. 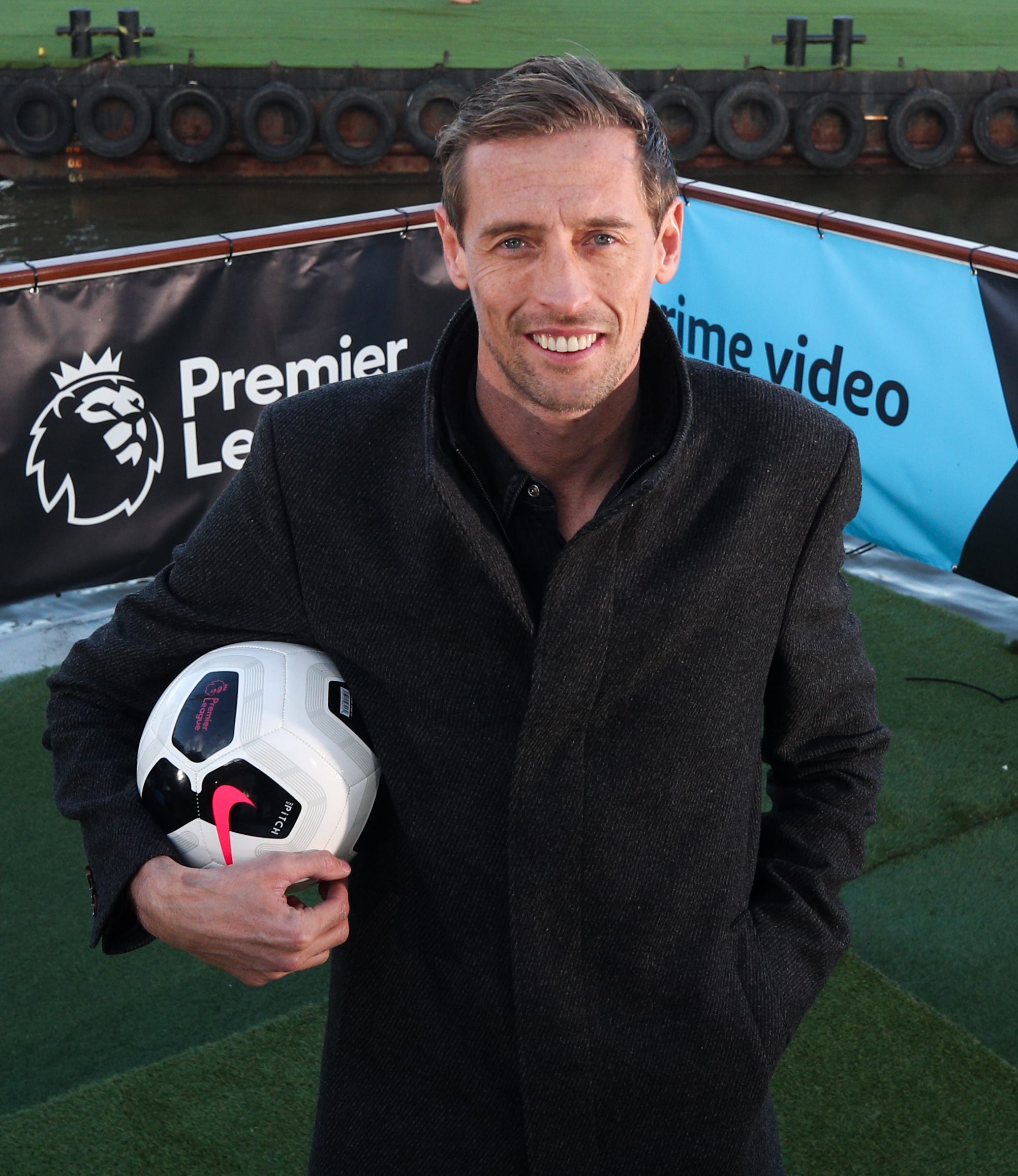 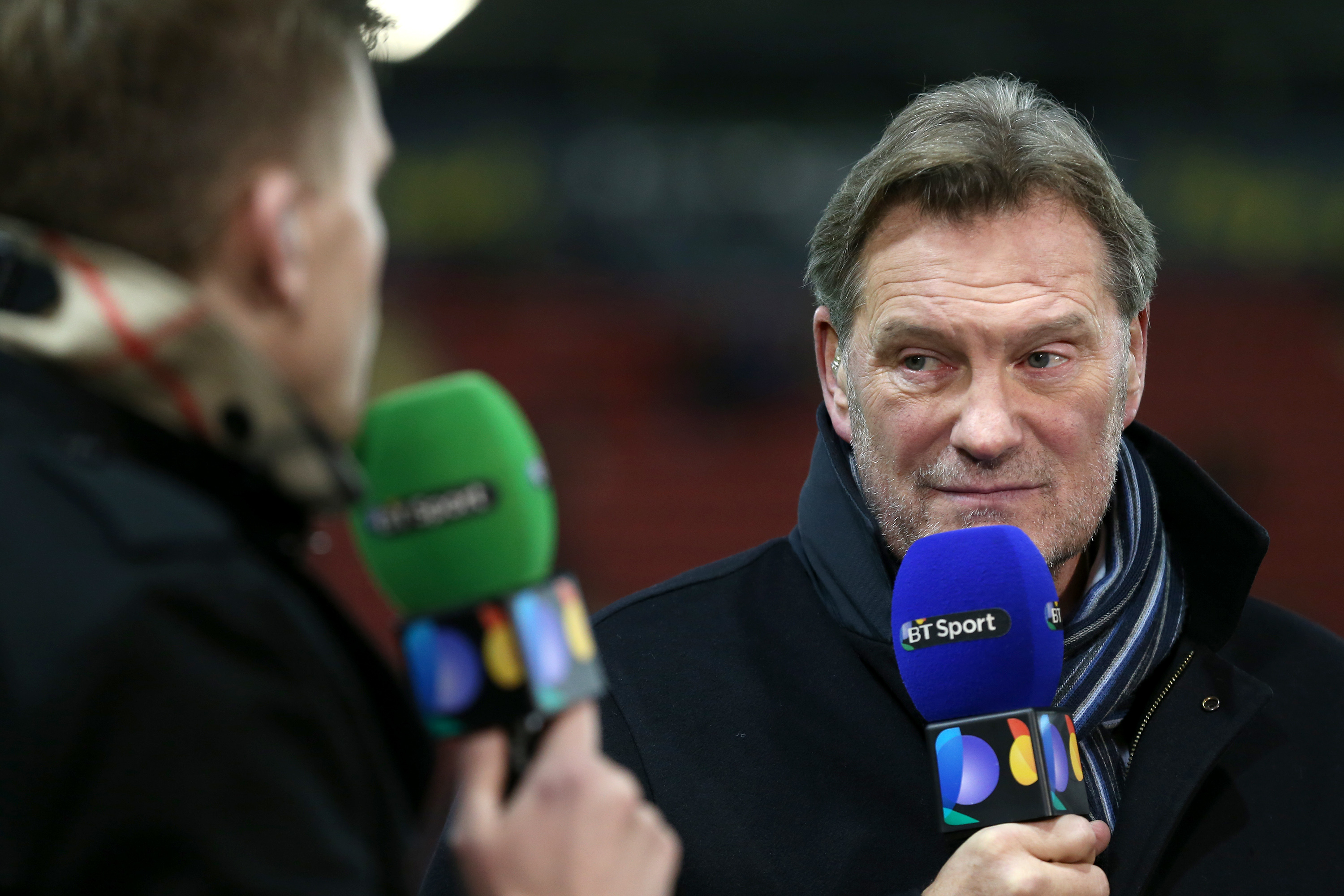 And if you're a stickler for good commentary, you needn't worry. Clive Tyldesley, Jon Champion, Connor McNamara, and Guy Mowbray will be joined by summarisers Andy Townsend, Ally McCoist, Hoddle, Sue Smith and Kevin Kilbane.

WHAT GAMES CAN I SEE?

There are two games that stand out when you look at what Amazon Prime will broadcast.

The biggest is expected to be Jose Mourinho's return to Old Trafford this Wednesday as Manchester United entertain Tottenham.

On the same night, Liverpool play Everton at Anfield in the Merseyside derby.

And the beauty of Amazon Prime's coverage is that you CAN watch both games at the same time.

You can view three matches on different devices with just one Amazon account.

Over 2,000 people will work on the broadcast, while 350 cameras up and down the country will catch the action. On top of that, there's 70 on-screen hosts, pundits and commentators.

Amazon are not doing things by halves. 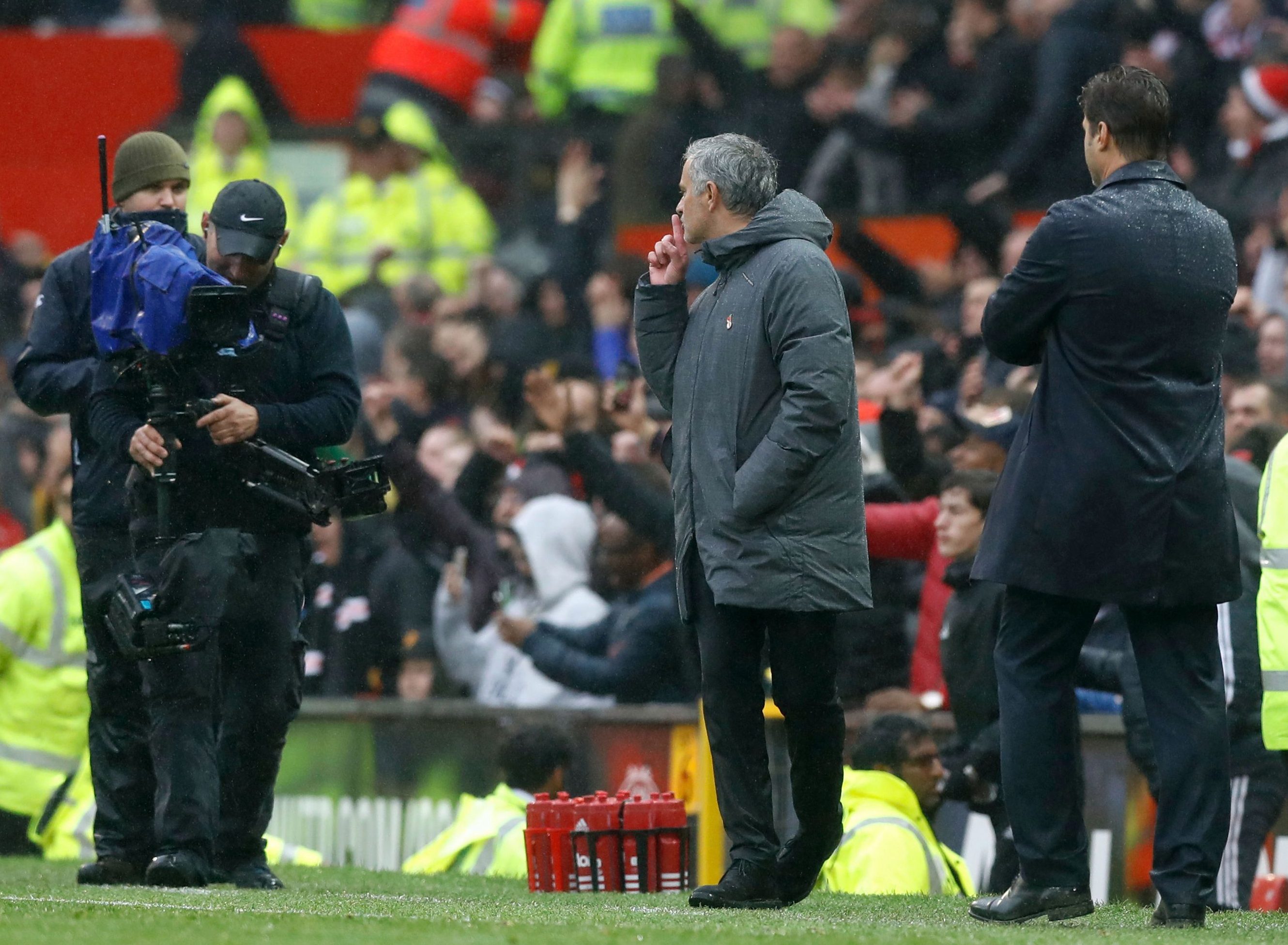 AND YOU CAN WATCH IT FOR FREE, FIRST

Amazon Prime have put a plan in place to offer a free monthly trial to their service by dangling the carrot of the Premier League.

In that time, they're convinced punters will fall in love with their service and stay with them, or forget to cancel.

And it could be the start of a football streaming revolution, with the likes of Netflix, Google, and Facebook watching Amazon's progress carefully.

However, spare a thought for the football fan – who now has to fork out more for Premier League coverage. 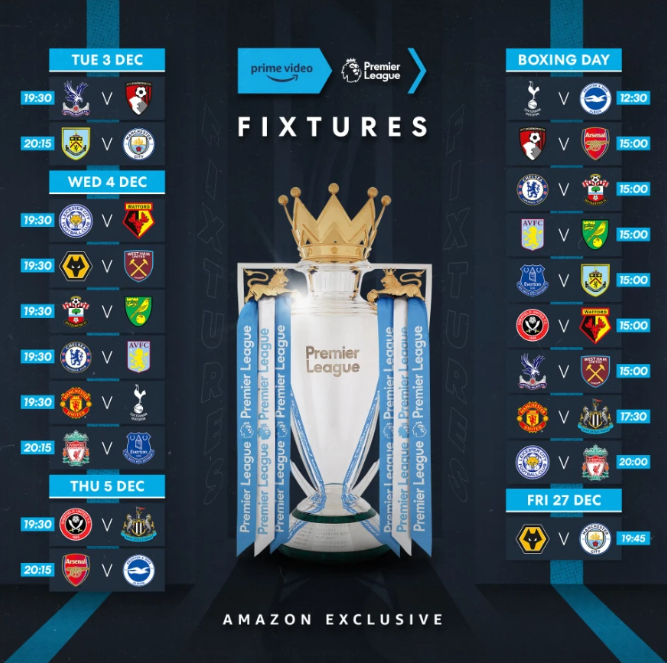 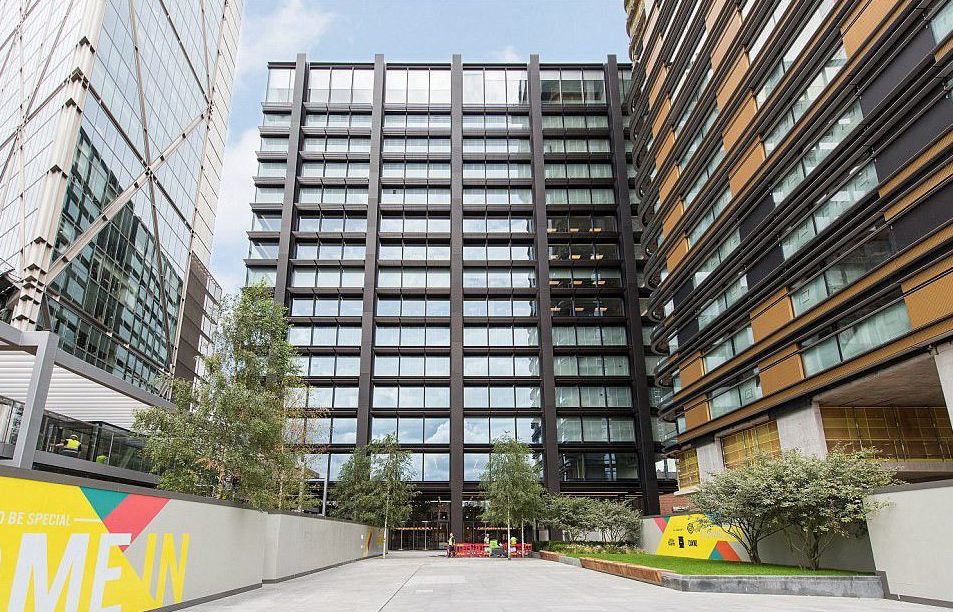 The Football Supporters' Federation has also bashed the deal, expressing concern for away fans.

"Fans are already of the view that there is too much live football on TV and this announcement concludes a deal that has pushed the number of broadcast games to record levels," they revealed in a statement when the deal was struck.

It added: "We are concerned that the number of broadcast games could have a negative effect on attendances by away fans in particular."