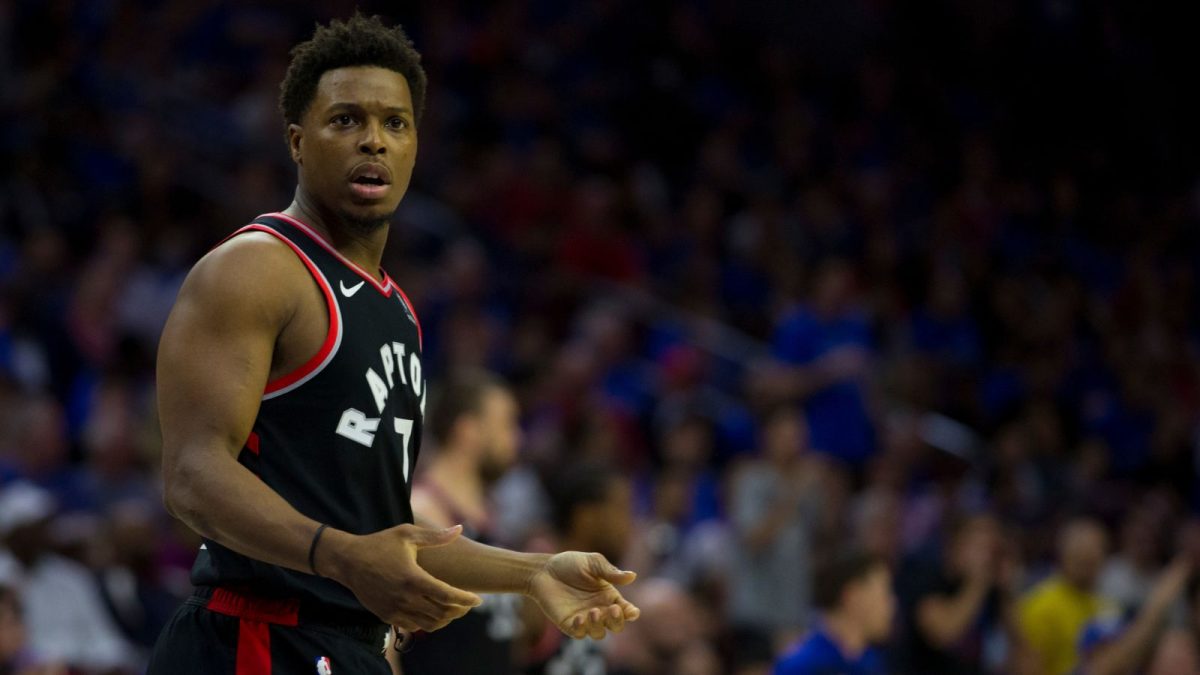 Did you believe? Last spring, 364 days ago, the morning after the Toronto Raptors meekly dropped Game 2 at home to go into a hopeless 0-2 hole in their eventual second-round sweep at the hands of the lower-seeded Cleveland Cavaliers, I wrote a blog on this very website literally titled “Never Get Fooled By The Raptors Again.” A few weeks before that, when they wobbled at the end of the regular season and dropped a couple of games to fellow East contenders, I wrote one titled “Spring Is Here, And That Means It’s Time For The Toronto Raptors To Wither And Die.” But a week ago they walloped the Philadelphia 76ers in Game 1 of this series, and there I was, like an idiot, believing in them. Goddammit.

Attach the usual caveats to your analysis of the thorough beatdown the Raptors received at the hands of the Sixers on Thursday night in Philadelphia. It was only Game 3; the Sixers were guaranteed to get a huge boost from returning home after taking Game 2; their 2-1 lead is still a long way from conclusive; and so forth. Until they’re eliminated the Raptors can still win the series and advance to the conference finals, in the same sense that, right up until 12:00 a.m. Sunday morning, it will still be in some sense not completely impossible for me to have grown a foot taller by the end of the week. I advise against betting your life on either of those outcomes!

The Raptors got waxed. The 116-95 final score doesn’t quite do justice to how one-sided the game felt. Within minutes it had become clear that the teams were competing across wildly mismatched weight classes: the Raptors frantically scrambling to close the gap and land anything of consequence, and the Sixers calmly maintaining arm’s-length distance and occasionally punishing all of Toronto’s sweaty effort with a knee-buckling combination. The shots the Sixers wanted they cruised into, via the bare-minimal application of attention and focus; the Raptors had to settle for whatever low-percentage crap poor, lonely, heroic Kawhi Leonard could improvise off the bounce against a defense ever more boldly just ignoring all but one of his teammates. It doesn’t seem like a fair fight.

No one player embodied that mismatch more than Philadelphia’s Joel Embiid, who made the Raptors look puny and hopeless on both ends of the floor. For fun, here’s him rolling down the middle of the lane for a frickin’ windmill dunk midway through the fourth quarter …

Nobody even thinks about giving a hard foul here. Why bother?

… a quarter in which it only seemed like Embiid outscored the Raptors 50-2, but in which it definitely became clear that nothing short of his untimely total disintegration will get the Raptors to the conference finals. He finished with 33 points, 10 rebounds, and five blocks that felt more like 20; in the second half Toronto’s interior offense lapsed out of all function. When Embiid was on the floor, the Sixers outscored Toronto by 31 points.

After Game 1 the Gasol trade briefly looked ingenious, like it had given the Raptors a legitimate Embiid stopper. That idea seems ludicrous now. Gasol went minus-26 in 29 minutes last night; if you can spot a point where he successfully made things hard for Embiid in the below video, you’ve got better eyes than I do.

Game 1 now looks like it’s the aberration in this series; in retrospect it seems a bit silly to have stocked much meaning in Kawhi and Pascal Siakam having the best games of their lives on the same night Embiid, Jimmy Butler, and Tobias Harris combined to make 15 of 47 shots. Worse still, Toronto’s higher seeding in the series, if not its entire 58-24 record, likewise appears fluky and deceptive. For at least the fifth time in the past six postseasons, the Raptors look like frauds.

This keeps happening. They changed coaches. They traded away DeMar DeRozan, the leading scorer in franchise history, for Kawhi Leonard, one of the very best two-way players in the sport. Pascal Siakam blossomed from a gangly mystery loot-box into a terrifying positionless matchup nightmare. They upgraded from Jonas Valančiūnas to Gasol at center, presumably for this specific matchup. LeBron James abandoned his holdfast at the top of the conference, throwing a Finals spot open to whoever could claim it, and there were the Raptors, improving right in time. And it’s happening again.

The Sixers are ludicrously talented and athletic, and when relatively unbothered by either knee tendinitis or mudbutt Embiid is one of the NBA’s top handful of players. And Philly’s own regular-season record was a bit of a mirage, since the team added two of its top four players via midseason trade and clearly hadn’t quite mastered playing together by the time the playoffs rolled around. There may be no shame in getting flattened by this squad; for all anybody knows or can predict, they might stomp whoever comes out of the Boston-Milwaukee series, too. So maybe there’s no particular need to harp on, for example, Kyle Lowry pitching yet another weird, twitchy postseason meltdown, or how in combination with Fred VanVleet’s ongoing regression to uselessness this has given the Raptors exactly zero playable point guards in the series; or how both Gasol and Serge Ibaka seem terrified of the ball all of a sudden; or coach Nick Nurse’s seeming incapacity for either the between- or in-game adjustments that can create anything more than Kawhi Leonard pull-up 15-footers for the offense.

That is to say, maybe the details of the defeat don’t matter, if the bigger picture is just that the Philadelphia 76ers are a comprehensively superior basketball team. But that picture itself might just be, in turn, a detail in a yet bigger and more definitive one, of the Toronto Raptors pushing a boulder up a hill, year after year after year, and then each time getting flattened on its way back down.