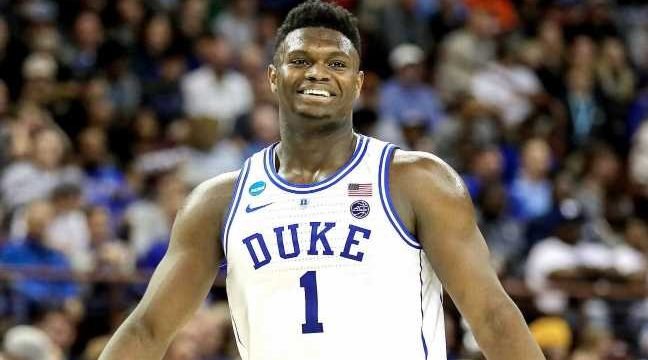 THE HANDS OF FATE

The NBA draft lottery is here … … and later this evening, one team is going to be extraordinarily happy about its future, for it’ll have won the right to the No. 1 pick and (barring something extremely unexpected) Zion Williamson. Need to catch up before it all goes down? We’ve got you covered: Here’s the most detailed guide possible, from power rankings to projections to which team has the best shot at the top spot. Read More

THINGS TO CARE ABOUT

He never gave up on Tiger … … even when Tiger had given up on himself. That’s caddie Joe LaCava’s claim to fame, which was well-rewarded when Woods shocked the world with his late-career Masters win. Through the darkest days of Tiger’s decline to the possibility of a renaissance, here’s what made LaCava believe in Woods. Read More

Who’s calling the shots for the Lakers? … Things in the Los Angeles Lakers’ front office are a bit interesting now that they’ve hired Frank Vogel as head coach. Who’s gaining influence? Who has the true power? We’ve got an inside look at the hierarchy of one of basketball’s most storied franchises as it tries to fix what went wrong in a disastrous 2018-19 season. Read More

The craziest minor league stats ever … No matter where you go, certain things stay the same about baseball: .300 is a good batting average from little league to the majors. Sometimes, however, a prospect in the minor leagues puts up some absolutely insane statlines. What do they all mean? We’ve got a look at the five types of dominant numbers in the minors, with a little cameo from Vlad Jr. Read More

Kobe in “Detail” on Draymond Green … Draymond isn’t the highest scorer on the Warriors, but he’s arguably the most important cog in their championship machine. Kobe Bryant breaks down his game in the latest episode of “Detail” on ESPN+. Watch

“We are flipping a coin every game.”
–Sonya Curry, on which parent will wear which jersey when brothers Steph and Seth Curry face off in the Western Conference finals. Read More

On this date in 1989, the world was introduced to Rob Gronkowski, and save for the secondaries he routinely torched, we were all better for it. Here’s a quick look back at Gronk’s best work — off the field. Watch

NBA draft lottery (8:30 p.m. ET): Waiting for your number to come up has gotta be stressful for the teams at the NBA draft lottery. Can you imagine what’s at stake? It’s not the end of the world or anything, but we know teams that would be much happier with a certain standout from Duke than without him (All of them. All of the teams.)

Blazers at Warriors (9 p.m. ET, ESPN): The Western Conference finals tips off tonight after two entertaining matchups in the semis. CJ McCollum had 37 points and a clutch chase-down block to lead the Blazers over the Nuggets, but he’ll need far more than that to unseat the Warriors.