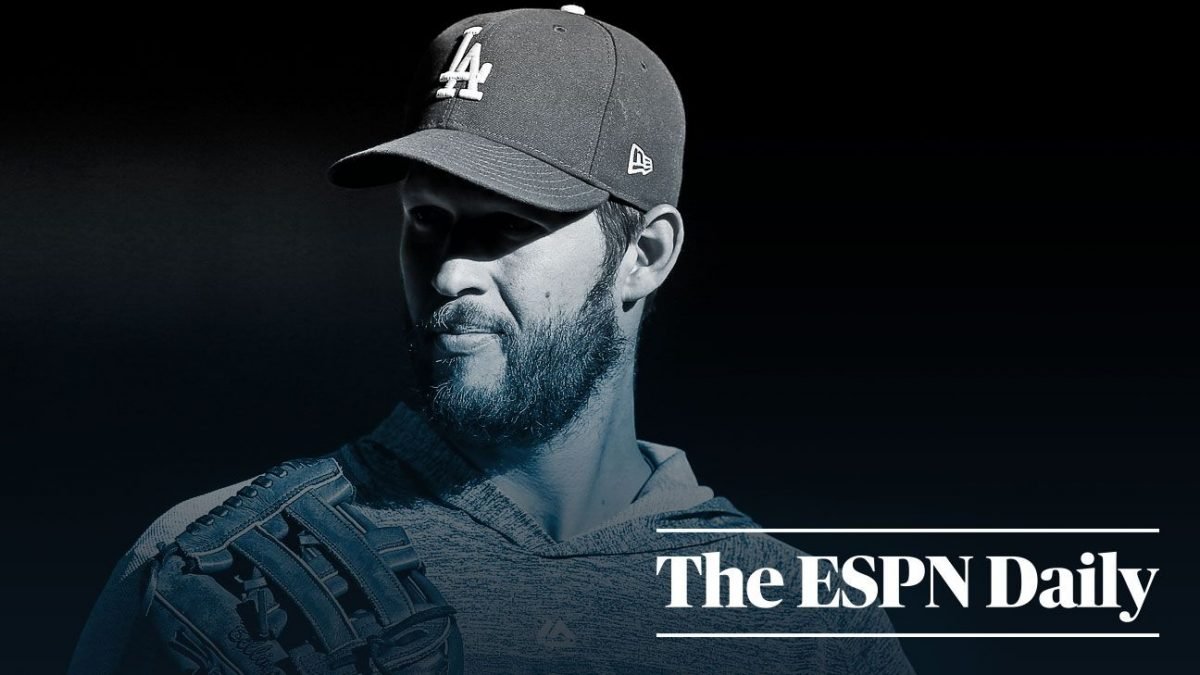 How Clayton Kershaw is giving back … Clayton Kershaw is best known for his consistent dominance on the mound, but he’s making perhaps his biggest impact off it. Kershaw has long felt a connection to the Dominican Republic, and traveled there recently to help survivors of human trafficking and to raise awareness of the problem. We traveled with him on his trip to get the inside story. Read More

THINGS TO CARE ABOUT

Compassion over hate … Falcons rookie Qadree Ollison’s brother was murdered in 2017, a tragedy that devastated him and his family. The night before the killer was sentenced, Ollison wrote a powerful letter to him that you should absolutely read. Read More

Anderson Silva’s exit … Since 2013, Anderson Silva has only one win, so it might be easy to forget how dominant he was in his prime. At 44, it looks like Silva’s career is coming to an end, but as the most dangerous man on the planet for the better part of a decade, the way he goes out matters quite a bit. Brett Okamoto thinks the UFC needs a better plan for his final fights. Read More

The return of Ohtani … Shohei Ohtani is finally back, and even though he’s not yet cleared to pitch, his presence in the lineup will have an undeniable impact on the Angels. Here’s what his return means for Mike Trout, Albert Pujols, and Ohtani himself. Read More

“You know the kids love it. I’m on deck now, I get from the fans, ‘Hey, do the bat flip.’ So it’s cool stuff, and it’s all fun stuff. It’s nothing to disrespect anybody, but I think it’s a part of the game or it should be.”
— White Sox shortstop Tim Anderson, on his bat flips. Read More

On this date in 2010, Oakland Athletics pitcher Dallas Braden threw a perfect game on Mother’s Day, then celebrated with his grandmother. Now, to be clear, today is NOT Mother’s Day, so don’t panic. It’s this Sunday, so you have a few days left, in case you forgot. You didn’t forget, did you? Oh gosh, you forgot. Well, we’re not angry. Just a little disappointed.

Professional Fighters League (6:30 p.m. ET, ESPN+, 9 p.m. ET, ESPN2): Season 2 of the PFL makes its ESPN debut tonight, with 10 bouts scheduled. Fighters will be competing to be crowned grand champion at season’s end, with a $1 million purse on the line. Curious about how it all works? We have you covered. Read More

Raptors at 76ers (8 p.m. ET, ESPN): The Raptors put in a total team effort in Game 5, blowing out the 76ers so badly that Jimmy Butler described it as his team having “laid an egg.” It’s not looking great for The Process, but maybe a return to Philadelphia will bring the Sixers back to form.

Nuggets at Trail Blazers (10:30 p.m. ET, ESPN): It’s looking like losing that 4OT Game 3 did not slow down the Nuggets in the slightest. They rebounded in Game 4 and blew out the Blazers by 26 in Game 5 thanks to Nikola Jokic’s dominant performance (25 points, NINETEEN rebounds).