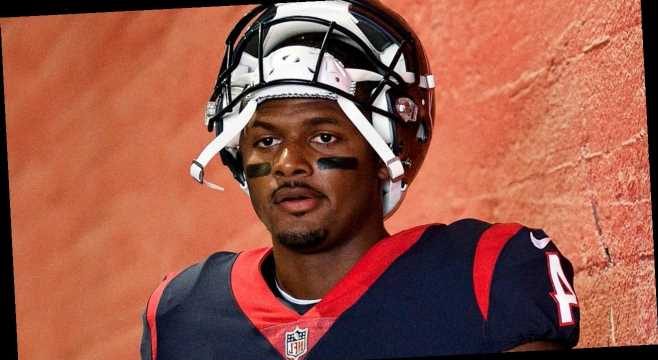 Deshaun Watson was named in seven civil lawsuits and will be facing at least five more over accusations of sexual misconduct and harassment, an attorney representing the women said Friday.

Tony Buzbee and his team of lawyers held a news conference to offer additional details about the allegations against the Houston Texans quarterback. Buzbee said that seven lawsuits have been filed in Harris County, Texas, with five more coming in “due course.” He said his firm is talking to 10 more women who have made similar accusations but have yet decided to file lawsuits again the star player.

Buzbee said that of the 12 women who they have or will file lawsuits for seven are African American, two are Hispanic and three are Caucasian. He added that none of the women have filed police reports but that’s the next step, but a package of information would be turned over to the Houston police.

“This case is about female empowerment,” Buzbee said, dismissing any notion the case was about money. “Taking the power back. These women who are stepping forward knew they would face scorn and ridicule. They agreed to plead for the minimal jurisdictional limits of the court and they bring these cases for one reason only: stopping further misconduct from this defendant and any others like him.”

All of the accusers were either massage therapists or in that field. At least one woman was allegedly referred to Watson by the Texans’ organization and another by Watson’s personal quarterback coach Quincy Avery

“We actually had contact with [one of] Deshaun’s agent/lawyer [Scott Gaffield] from Los Angeles, who minimized these allegations, who did not take them seriously. We wanted to resolve this matter without a lawsuit, without any publicity,” Buzbee said, adding he wanted to avoid the lawsuits being public. “What we received instead of cooperating with Mr. Watson’s agent was dismissive behavior and frankly credible arrogance.”

He continued: “… Even after we had correspondence and even after we had talked to Mr. Watson’s lawyer, he did it again. This conduct happened as recently as this month.”

Watson released a statement after the first allegation came to light, but none since then.

“As a result of a social media post by a publicity-seeking plaintiff’s lawyer, I recently became aware of a lawsuit that has apparently been filed against me. I have not yet seen the complaint, but I know this: I have never treated any woman with anything other than the utmost respect,” he said.

His social media activity on Friday was liking a tweet from soccer player David Alaba and “Billionaire Mindset.”

One of Watson’s agents, David Mulugheta, released a tweet amid the accusations.

“Sexual assault is real. Victims should be heard, offenders prosecuted,” he wrote.

“Individuals fabricate stories in pursuit of financial gain often. Their victims should be heard, and those offenders also prosecuted.

“I simply hope we keep this same energy with the truth.”

Watson hired Hardin to defend him in the case. Hardin is a big-name lawyer, who has represented people like Roger Clemens and Scottie Pippen.

Hardin told ESPN on Wednesday he heard about the allegations that day and agreed to represent Watson. He said he couldn’t comment on the case, but said “I’m real comfortable with the kind of person that Deshaun Watson is and I don’t like to publicly comment until I get all the facts.”