ERIK TEN HAG says confidence has shot up at Manchester United after beating "the best team in the world".

United bounced back from a home defeat to Brighton and humiliation at Brentford to beat Liverpool 2-1 at Old Trafford last Monday. 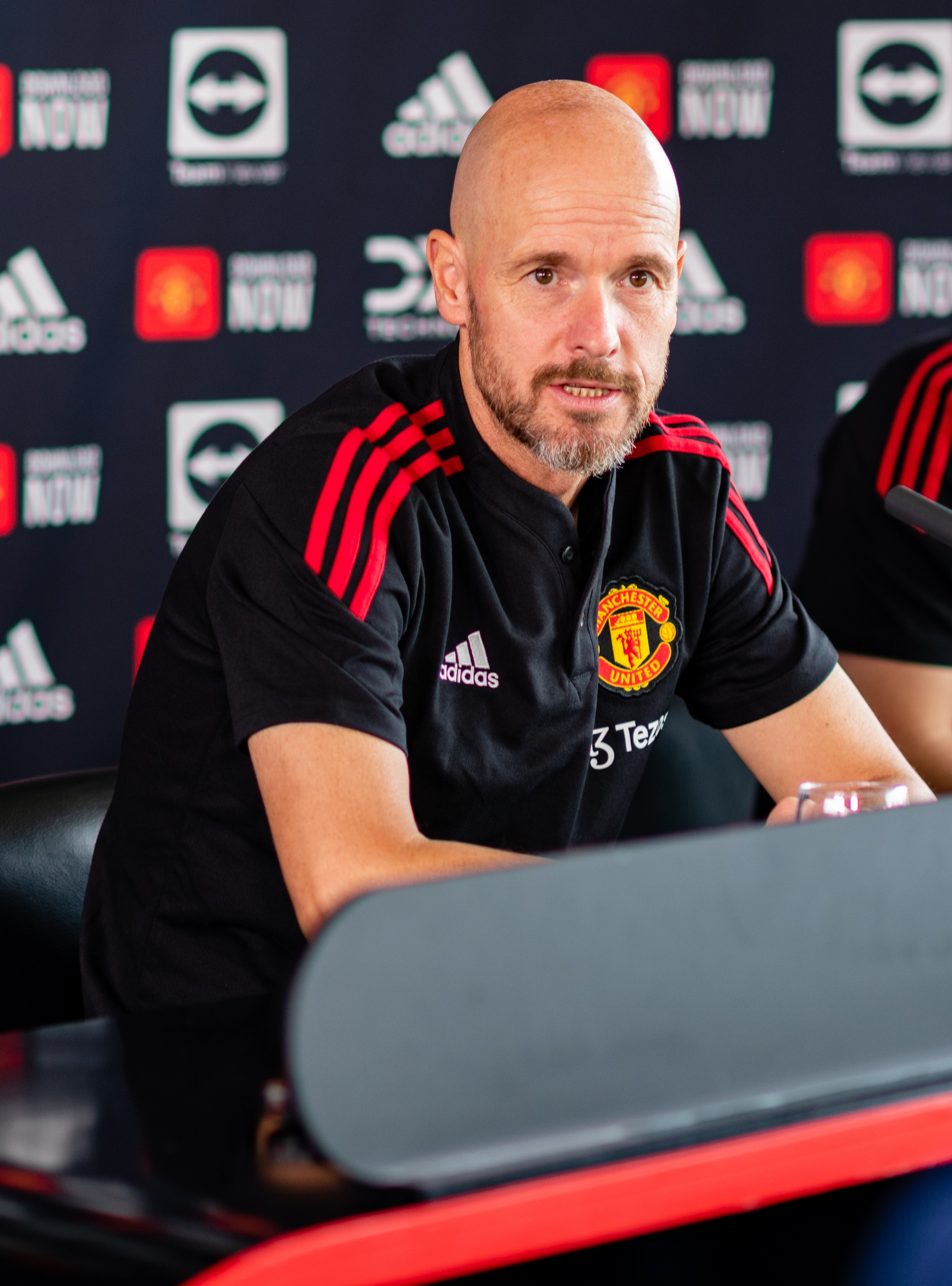 Now Ten Hag is demanding they build on that in Saturday’s lunchtime kick-off at Southampton.

Ten Hag said: “I said before the game that Liverpool, especially last year is the best football team in the world and when you beat them it must give a lot of confidence that is clear.

“The spirit was already good, now it is better, it's clear it's one game, we have to build further on and everyone is aware of that.”

Indeed slip-up at Saint Mary’s and all the good from last Monday goes away.

So Ten Hag has insisted they cannot throw in another performance like they did at Brentford.

He said: “It's a difficult challenge, I'm really curious, do we learn the lesson from Brentford because this will more or less be the same approach, transition, running, battling, fighting and we have to make it about our game.

“We need to have a high standard, it's a demand to the group, to the players, we have to see the reward and match the runs in and out of possession.”

Ten Hag now wants to see his team dictating games from the off much as they did on Monday in the Liverpool game.

“I think in every game there is pressure on the ball and it's our intention to make the game.”

New £70million buy Casemiro could start the game having completed his switch to from Real Madrid to Manchester United on Monday.

The defensive midfielder has trained with the first team during the week although Anthony Martial will be missing with an Achilles problem.

He said: “Casemiro is fit, yeah. He did all the training sessions, he trained individually and the last days with the team.

“He came out with a problem on his Achilles, we have to wait, I cannot tell the prognosis.

“I hope he will be available for the next game.”