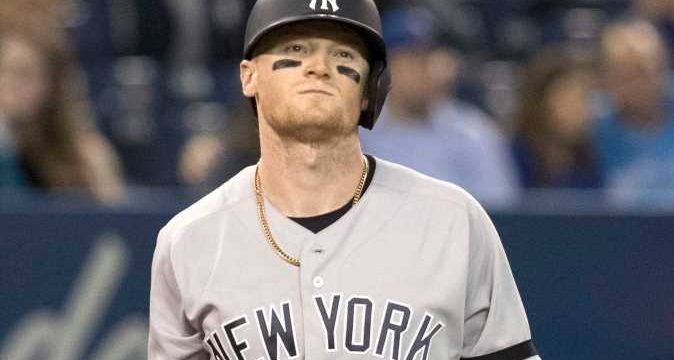 DETROIT — Clint Frazier was set to be back in left field before Wednesday’s rainout despite a pair of bad throws — and decisions — in Tuesday’s loss when he twice missed the cutoff man. The plays came back to haunt the Yankees in a one-run loss.

“He flashed what he’s capable of when he goes and runs down a ball in the gap and keeps a guy to a single, but a couple times he overthrew cutoff man that cost us a couple bases,’’ Aaron Boone said. “Those are the things you continue to coach up.”

Boone hasn’t given up hope that Frazier may be able to improve defensively, noting the strong throw he made last week to get a runner at home.

“He’s capable of being very good out there,” Boone said. “He has the speed and arm strength. Part of that is staying within yourself and making sure cutoff men are hit. Those are teaching moments.”

Tommy Kahnle, who was unavailable on Tuesday with right wrist tendinitis, was available before the rains came Wednesday, according to Boone.