THE Super Bowl streaker who bet on someone invading the pitch will NOT receive the £270,000 payout.

And it will be bad news to his friends as well after he told them to put money on it coming in too. 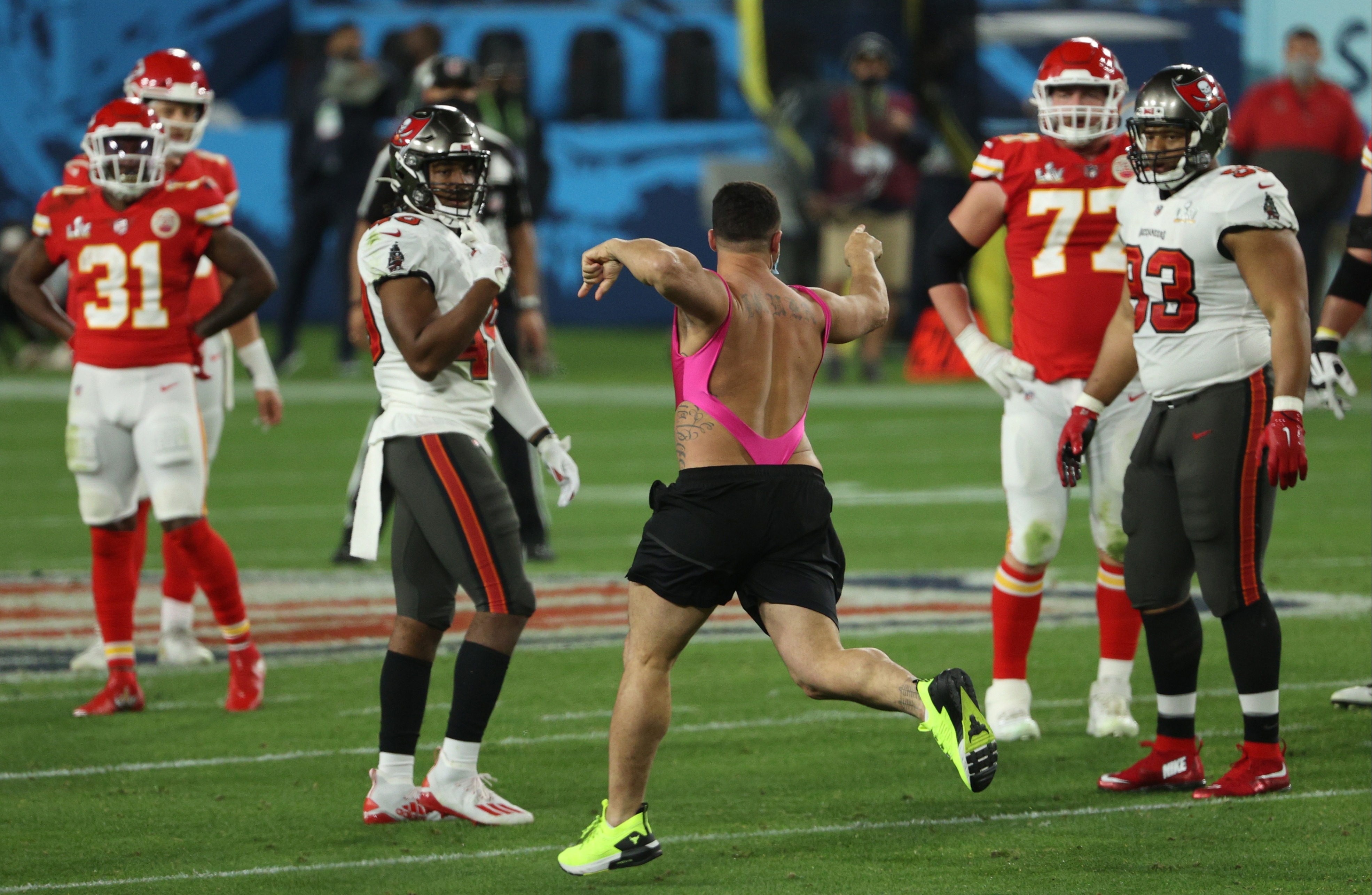 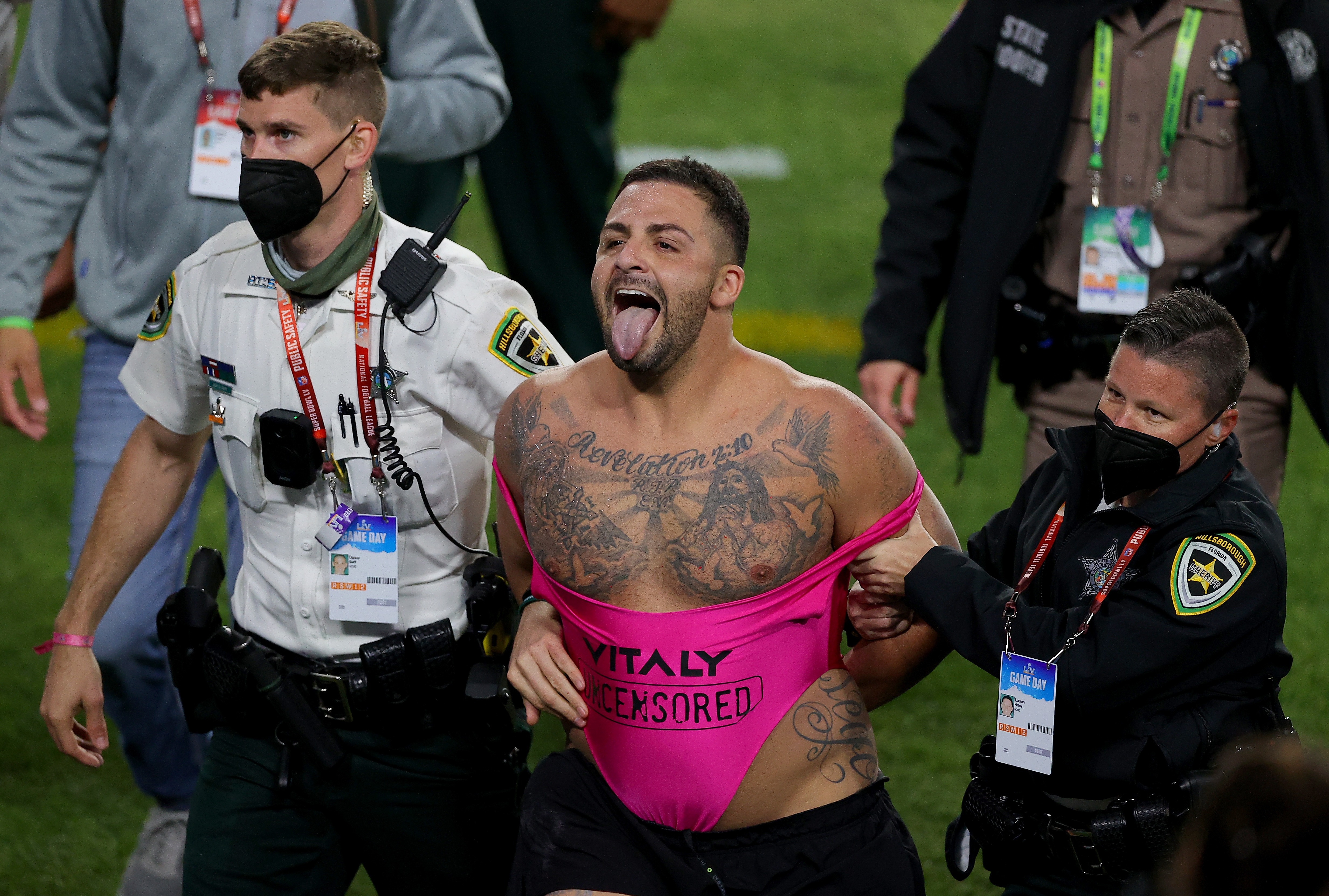 Yuri Andrade put down £36,100 on there being a streaker during the game between the Tampa Bay Buccaneers and the Kansas City Chiefs, won easily by the Bucs.

Betting site Bovada.com took the wager at just under 7/1.

And Andrade had reason to believe it would come in – as he was the one doing it.

The big game was put on hold during the fourth quarter as the 31-year-old sprinted onto the pitch in a pink mankini.

But his 'efforts' are set to go unrewarded, with a Bovada spokesperson telling Front Office Sports that his bet will be voided.

They said: “Our players have always trusted us to ensure the integrity of all props offered in our sportsbook.

“We will continue to make sure that any publicity stunts or ill-intended behavior cannot adversely affect the outcome of a player’s wager.”

And instead Andrade has been left with a £360 bill for his bail. 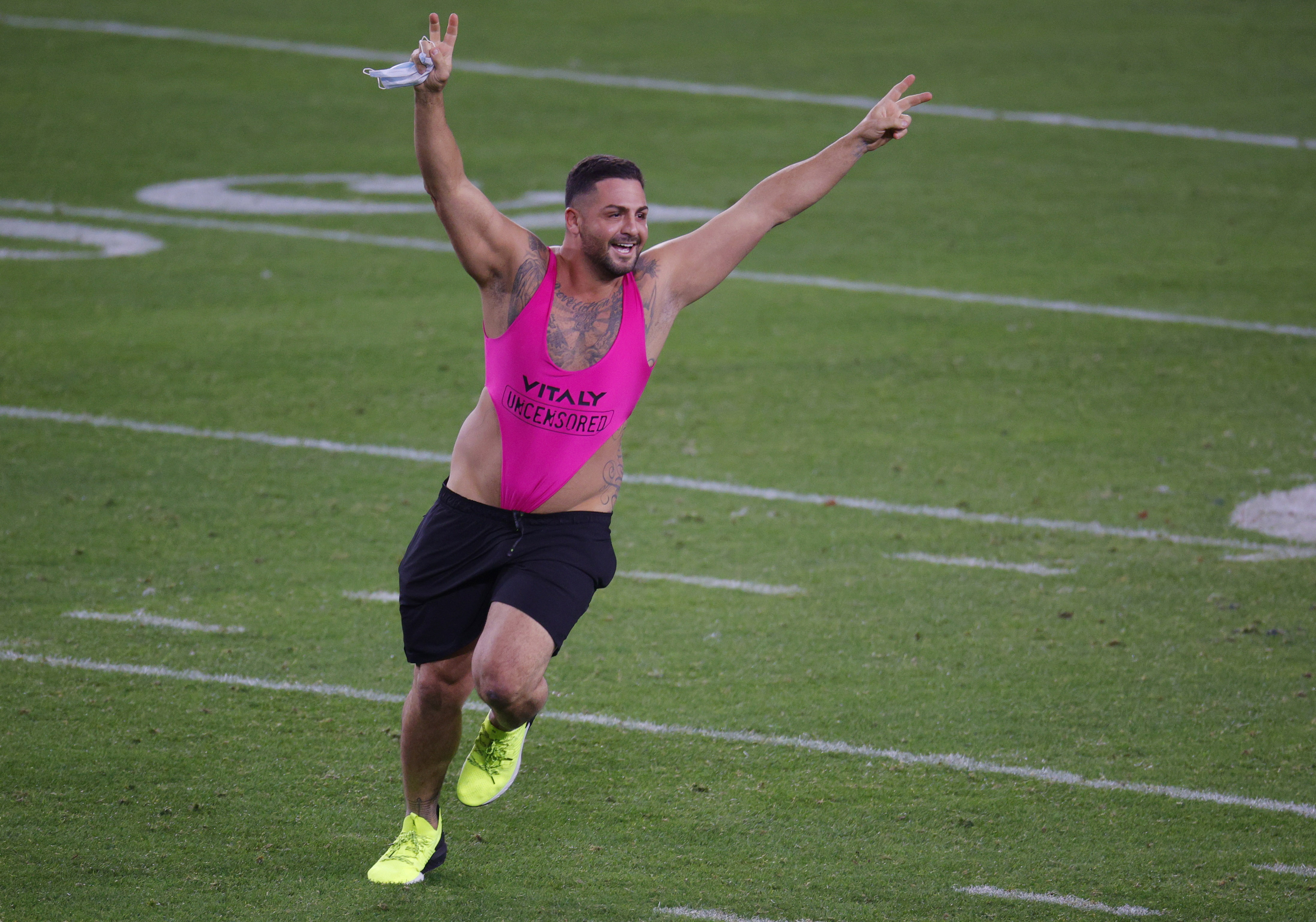 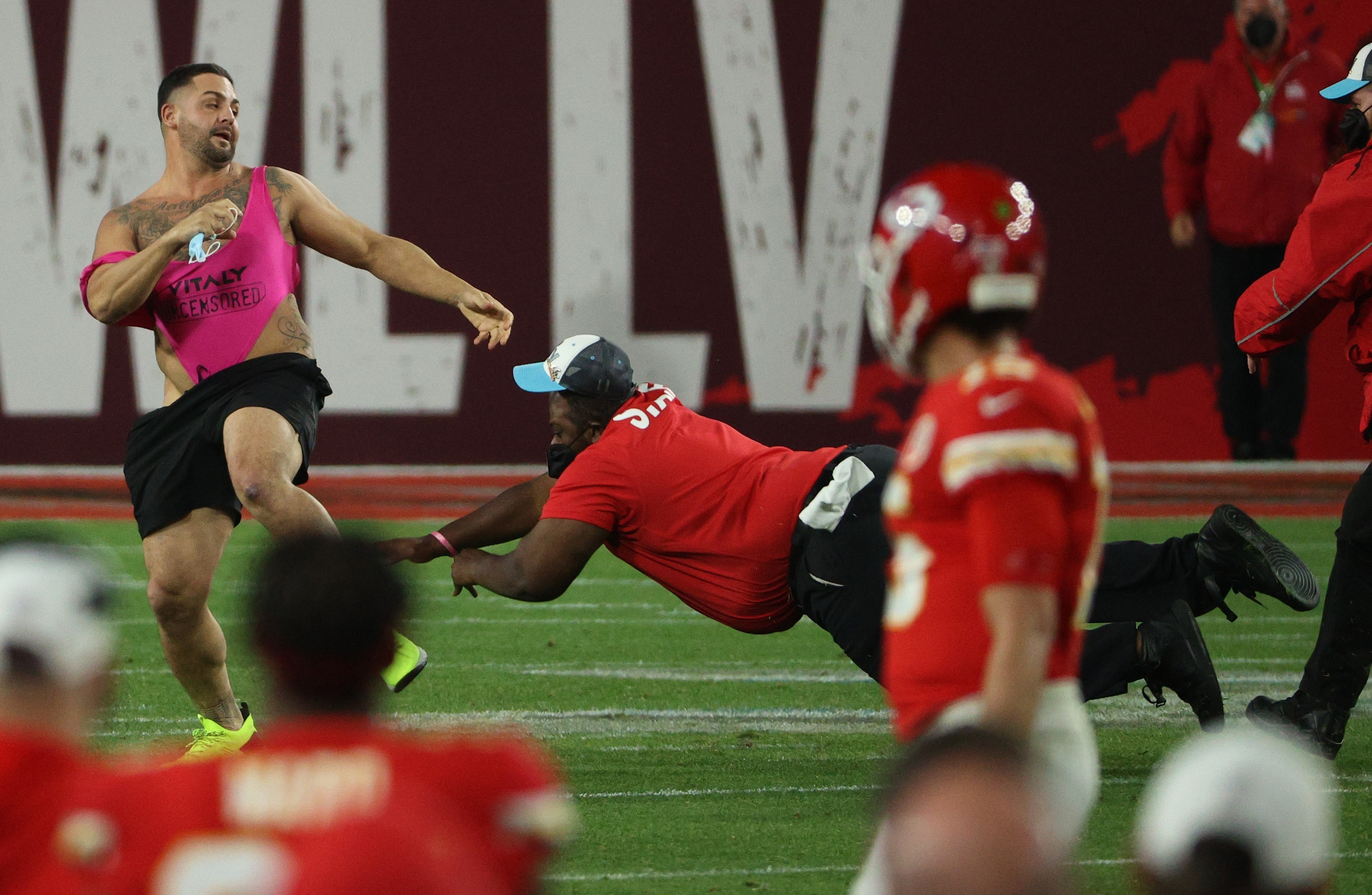 Bovada have said that they will pay out on bets that their investigations determine were not connected to prior knowledge from Andrade or his friends.

Speaking on Kiis FM, Andrade explained what he told his mates.

He said: "Basically I told them I had a bet that was guaranteed.

"And I said I would give them 100 of the 800 allowed on Bovada.com, so I then called every person I knew and got them to put that bet in.”

He was confident of getting his cash – but now those dreams have been crushed. 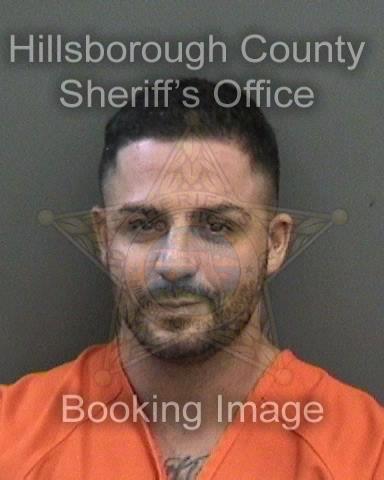 His mankini had the site's name written across the front in bold black letters.

And it is not the first time its founder Vitaly Zdorovetskiy has tried to get free publicity in such a manner.

In June 2019, his ex-girlfriend Kinsey Wolanski invaded the pitch in a skimpy one piece at the Champions League final between Liverpool and Tottenham.