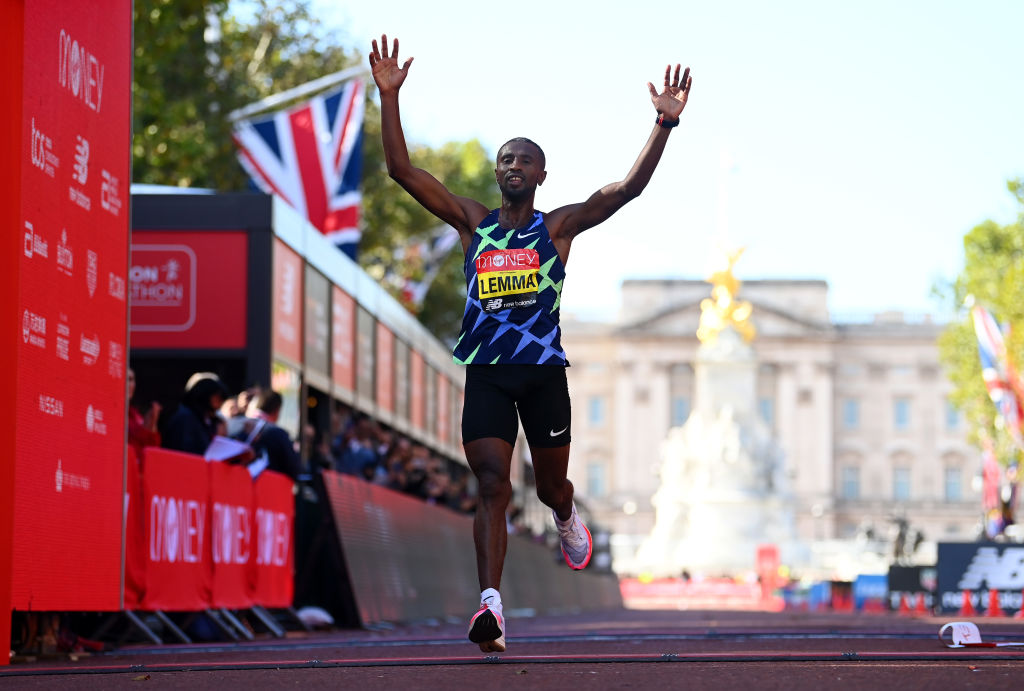 Sisay Lemma had plenty to celebrate as the winner of the Men’s Elite race at the London Marathon on Sunday, but there will have been a pang of disappointment after missing out on a $25,000 bonus by just two seconds.

The Ethiopian crossed the finishing line in 2:04.01, comfortably clear of Vincent Kipchumba who was 27 seconds behind in second place, allowing the champion to wave to the crowd as he claimed victory.

A completely understandable thing to do, but something he may be regretting as The Guardian reports that there was an extra $25,000 (£18,500) on offer if he had crossed the line in under 2hr 4min, something he would surely have managed if he hadn’t enjoyed the adulation of the crowd in the capital.

Hopefully the 30-year-old is not letting that play on his mind after the finest moment of his career, which was a very profitable day even without the bonus he narrowly missed out on.

‘I came third last year here in London and to return 12 months later and to win this great race is an incredible and proud moment.’

He certainly wasn’t worried about the finances after winning the race, saying: ‘Today was the biggest win of my career and a dream come true for me.

Lemma’s time was significantly quicker than last year’s winner, his compatriot Shura Kitata Tola, who crossed the line in 2:05.58.

However, it was not challenging the unbelievable course record of 2:02.37 set by Kenyan legend Eliud Kipchoge in 2019.