CAPTAIN fantastic Billy Sharp is now just one game from experiencing the real thing at Wembley.

The home hero watched from the stands when Sheffield United agonisingly lost 5-3 to Hull in the 2014 semi-finals. 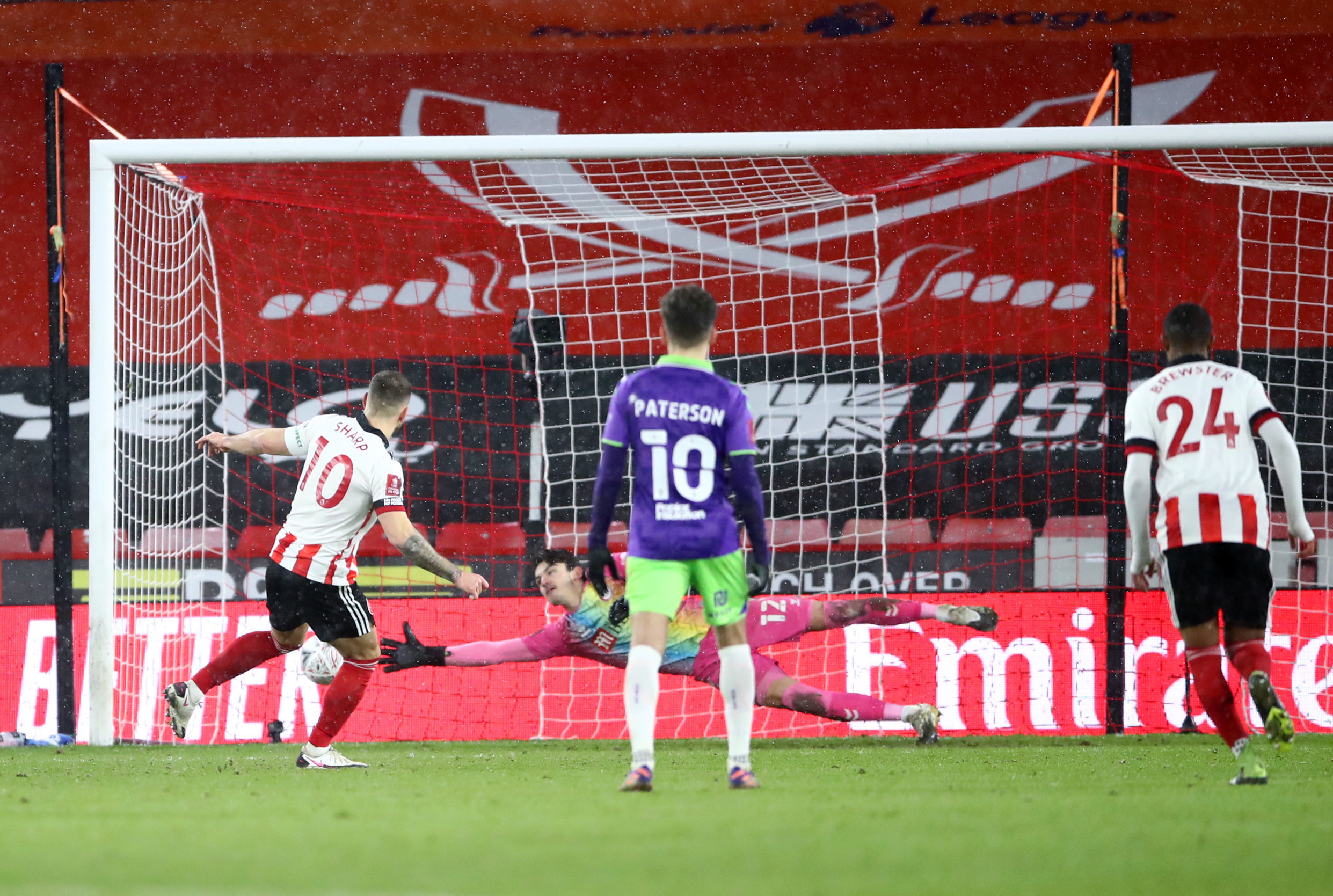 On loan at Doncaster back then, Sharp must have thought the dream of leading his boyhood side out at the home of football was gone.

But now, after showing nerves of steel from the penalty spot to see off Bristol City, the veteran is just one game from doing so.

Boss Chris Wilder was managing Northampton back then but was at Wembley too to cheer his beloved club on.

And while their time in the Premier League looks set to come to an end in a couple of months, there is a real chance to do a Wigan and go down with some major silverware in the FA Cup.

With plenty of the big boys left in the hat for the quarter-finals, the odds will be against them.

But Wilder and Sharp, 35, will back themselves to make this otherwise miserable season a memorable one.

United – who have not lifted the famous old trophy since 1925 – reached the quarters last year but were dumped out by Arsenal.

And they are there again thanks to Sharp’s emphatic 66th minute spot-kick. 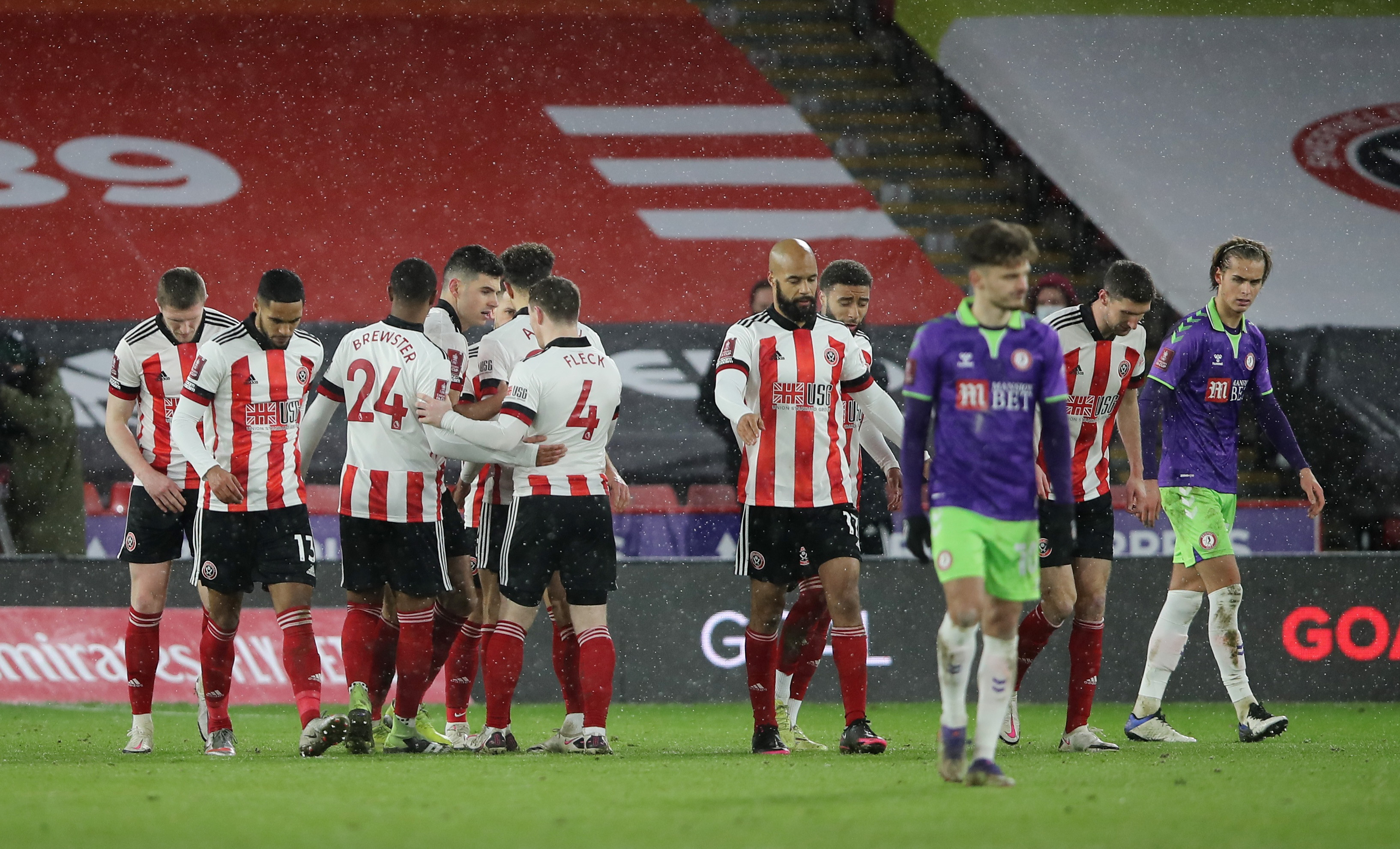 Ref Robert Jones did not spot it, but VAR did – with Sharp taking advantage with his fifth of the season.

Dean Holden’s Championship side were hardly outplayed but barely threatened so cannot feel hard done by.

Robins youngster Ryley Towler was in for his debut at left wing-back, while midfielder Henri Lansbury missed out because of a family bereavement.

City beat Portsmouth and Millwall to reach the last-16 but arrived in grim form having lost three on the bounce in the Championship.

Decked out in a questionable purple shirt and lime green short combo, the Bristolians had the first chance.

A free-kick deep on the right was half-cleared to the ex-Chelsea defender, who hit it first time and forced Aaron Ramsdale into a smart stop down to his right. 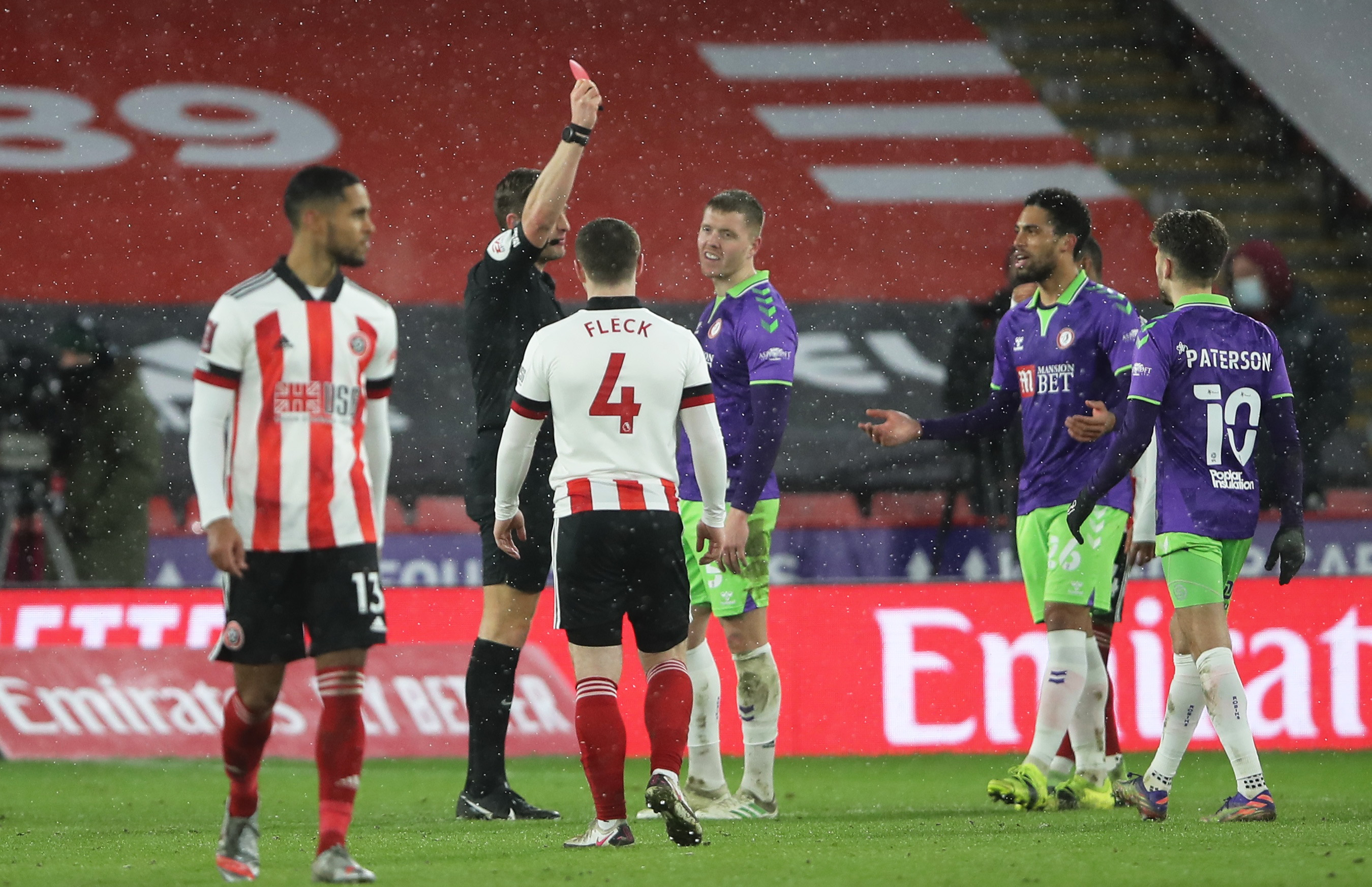 At the other end, Max Lowe squandered a golden opportunity nine minutes in.

Set up by former Derby team-mate Jayden Bogle, the wing-back’s first touch beat the last man but his sidefooted effort clattered off the bar and away.

Bogle then fluffed his own lines, heading Ethan Ampadu’s superb cross into the ground and straight at Max O’Leary unmarked from seven yards.

The Blades had all the ball and territory in the first-half but were hardly hammering away at City’s door.

John Lundstram fired straight at O’Leary, while Bogle skied his next chance from the top of the box.

Holden will have been the happier of the bosses at half-time.

His side were dogged and resolute at the back while carrying a set-piece threat.

And the Robins had the first opening of the second-half as well, with Nahki Wells testing Ramsdale from 18-yards.

The South Yorkshiremen reasserted themselves but, once again, lacked quality where it mattered in the final third. 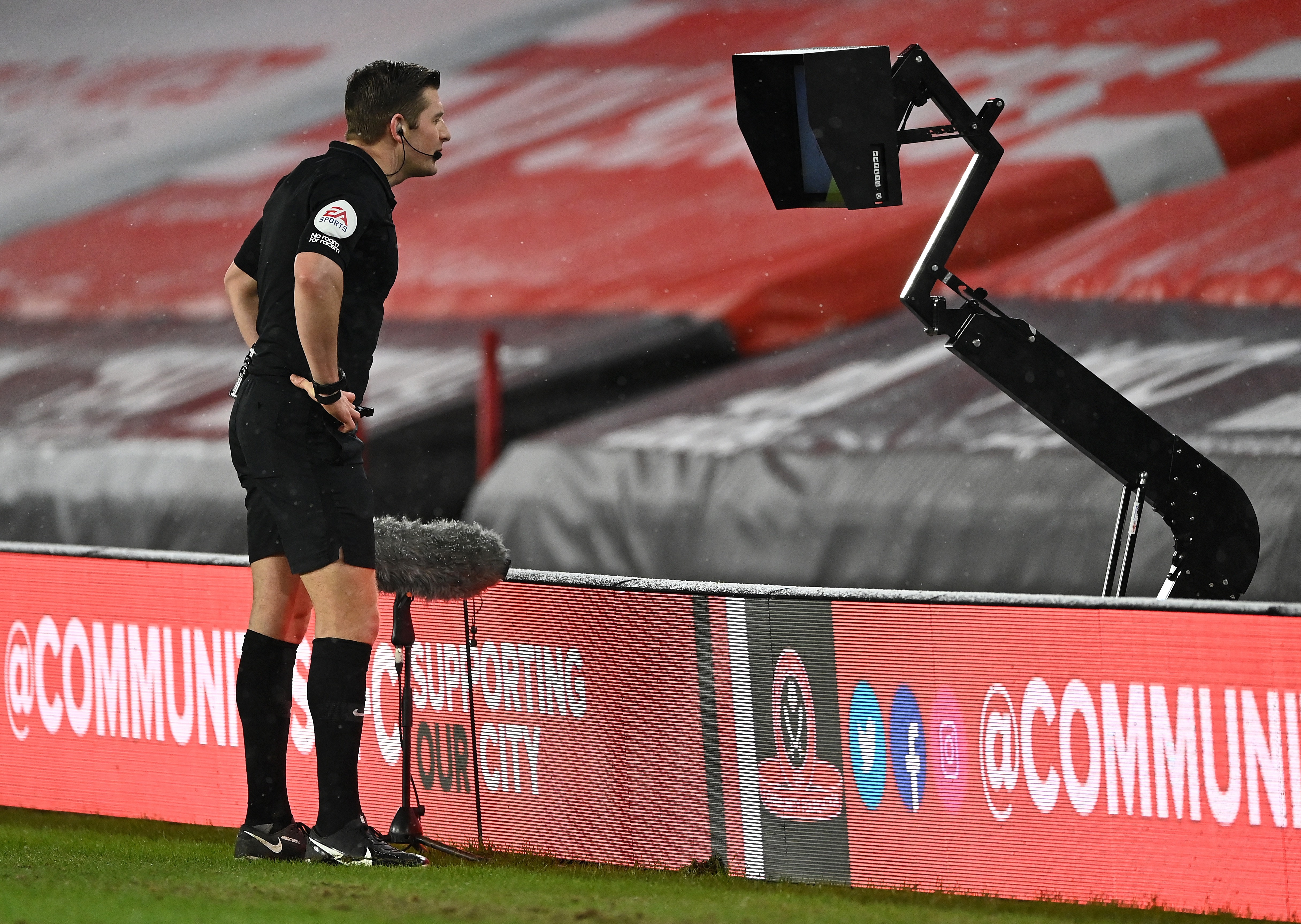 Billy Sharp uncharacteristically spurned a chance to hit it on his left peg, instead playing a ball across the six-yard box to nobody.

Lowe then flashed a teaser across but goal-shy Rhian Brewster failed to divert it home.

It was another fruitless outing for the £23.5million club record signing from Liverpool, barely featuring until then other than awkwardly clattering into the advertising hoardings.

And just when it started to look like the Blades could carry on all week without scoring, they had a penalty.

McGoldrick fired off Alfie Mawson onto the bar, with John Lundstram’s rebound shot cleared off the line by Kalas.

But VAR had different ideas, spotting that McGoldrick’s effort had come off Mawson’s outstretched hand just yards out.

Ref Robert Jones went over to his monitor and agreed, sending off Mawson for good measure.

The centre-back clearly blocked it with his hand but from point-blank range could do little to get out of the way.

And Sharp made no mistake from the spot in the 66th minute, shooting low to his left beyond O’Leary for his fifth of the season.

City huffed and puffed but failed to test Ramsdale, making it as comfortable an end as possible for Sharp and the Blades.