JOE ROOT and Jonny Bairstow both scored centuries as England breezed to a record run chase in the Fifth Test against India.

The Yorkshire duo turned a target of 378 to win into little more than a doddle. 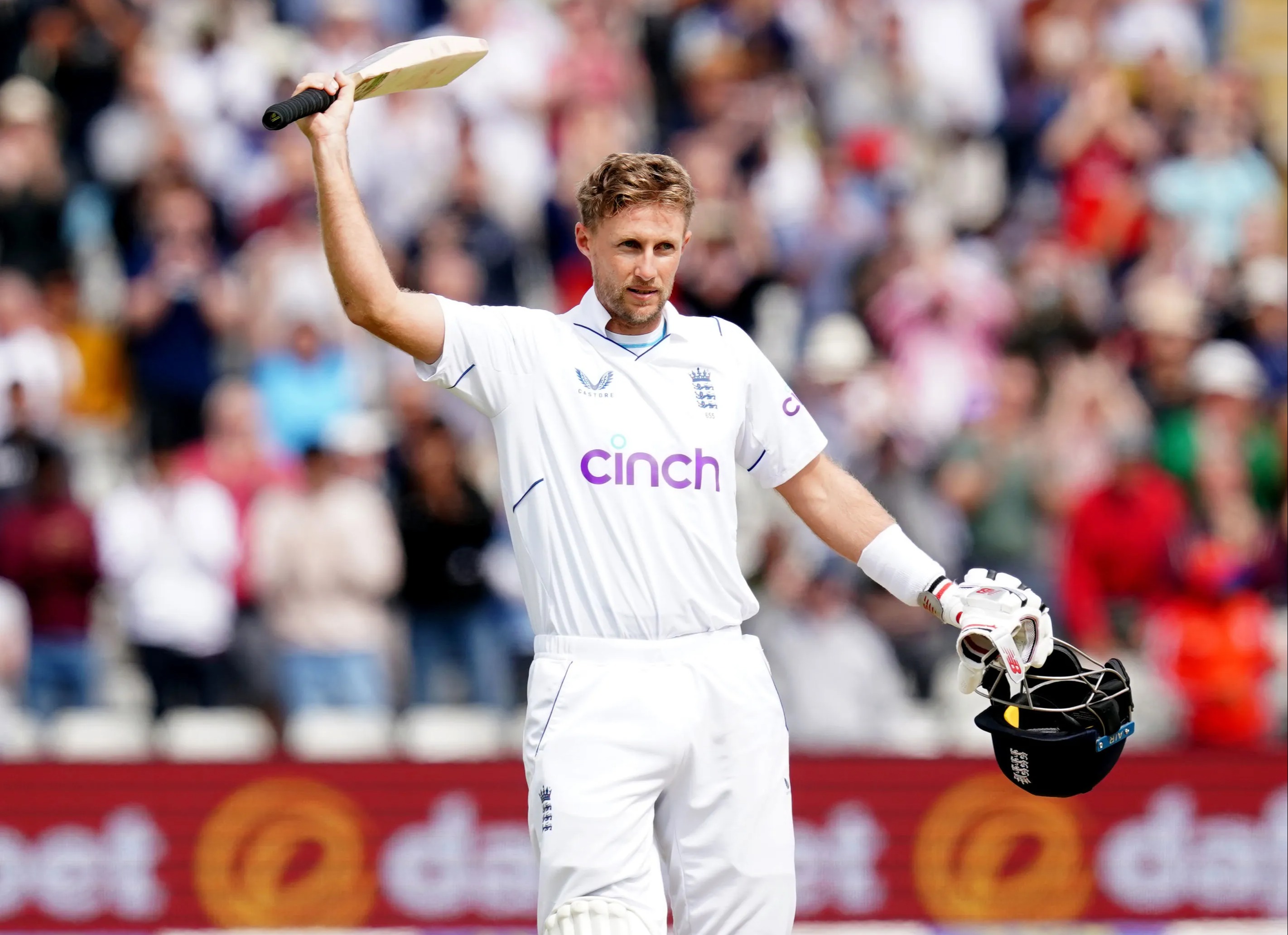 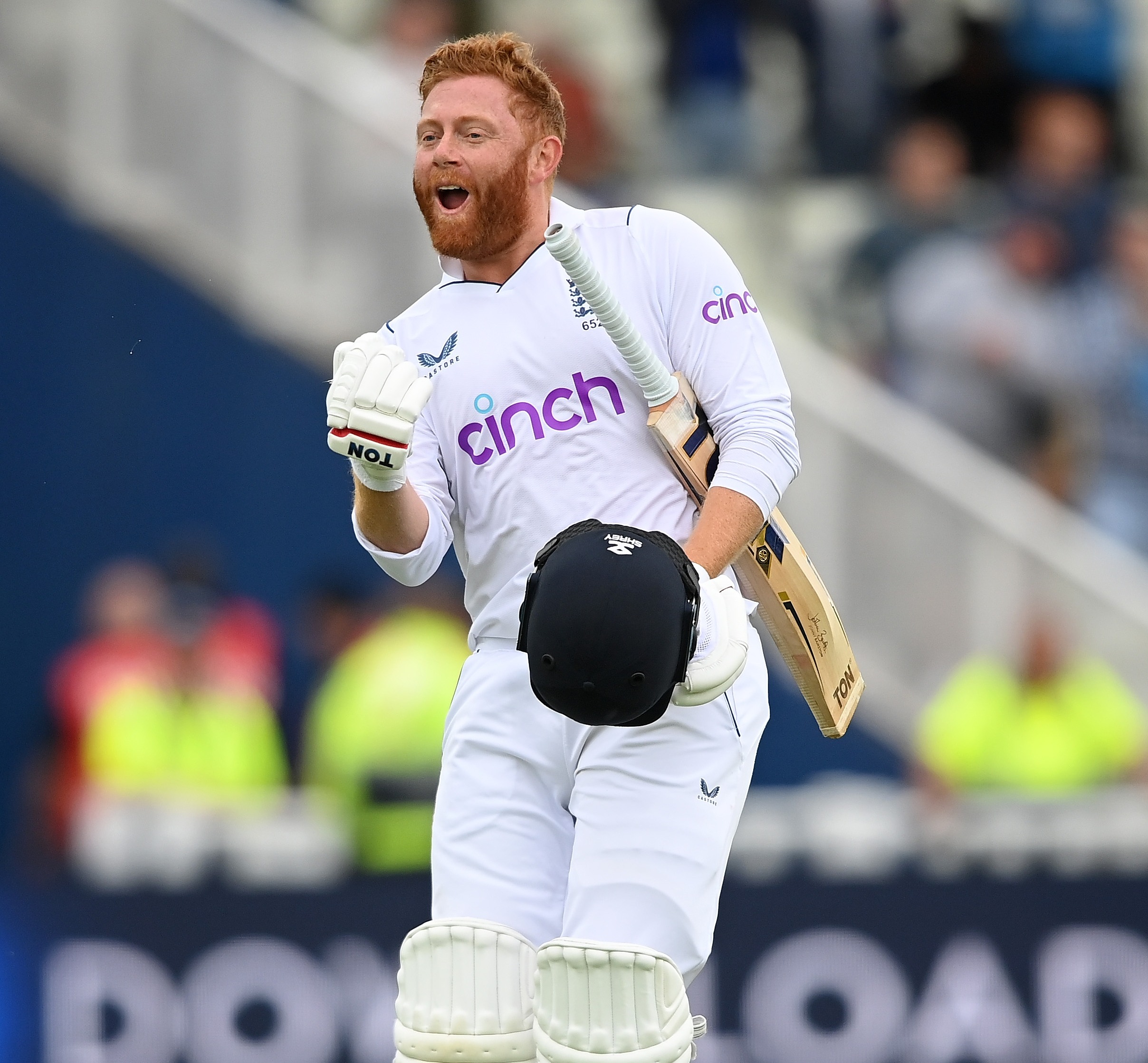 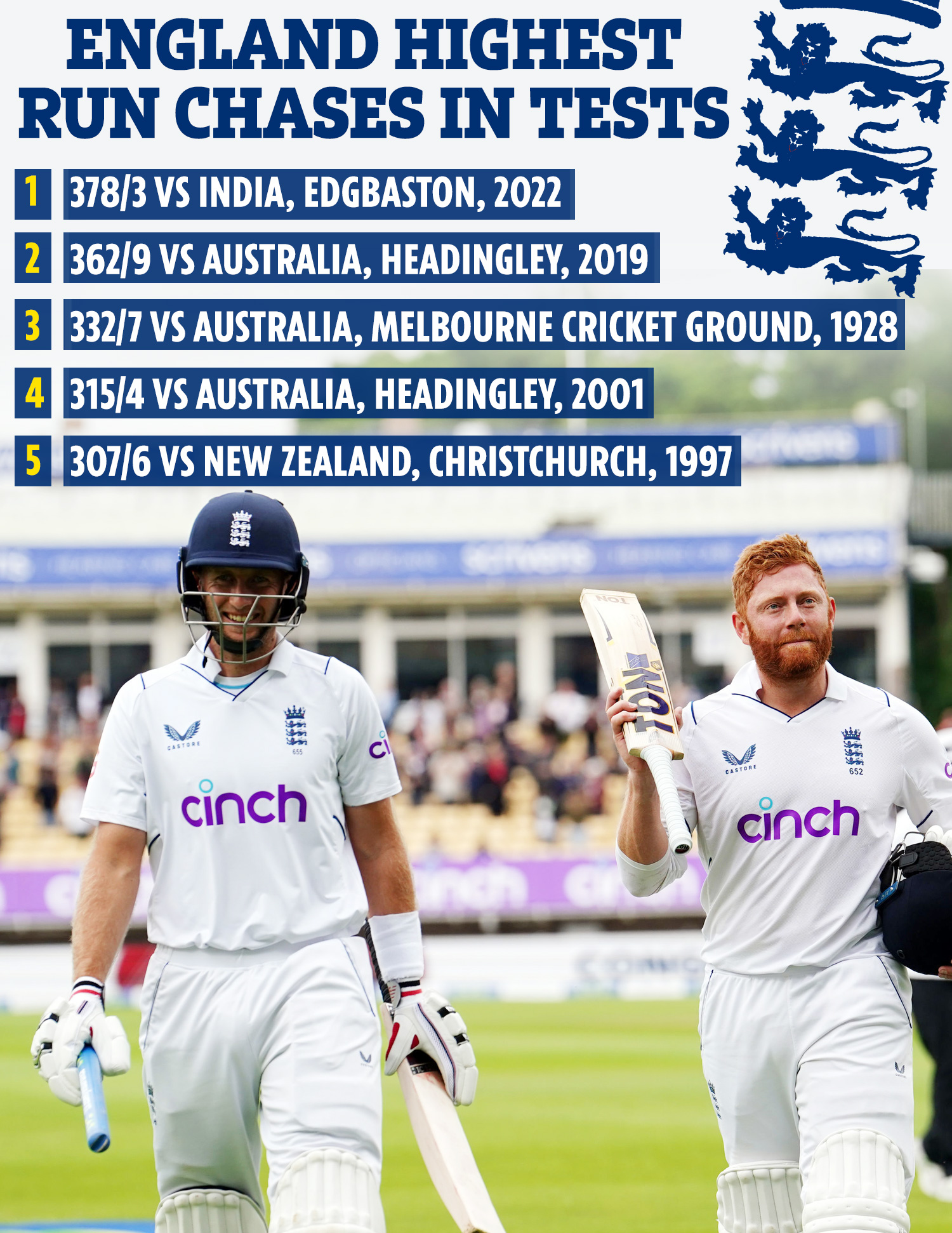 England completed three superb run chases against New Zealand but this one took things to another level.

It is England’s highest chase of all time in Test cricket and the most conceded by India.

England’s win by seven wickets means the series held over from last summer ends in a 2-2 draw.

It was Root’s fourth century of the series and Bairstow’s second of the match and fourth in his last three Tests. What incredible batting. 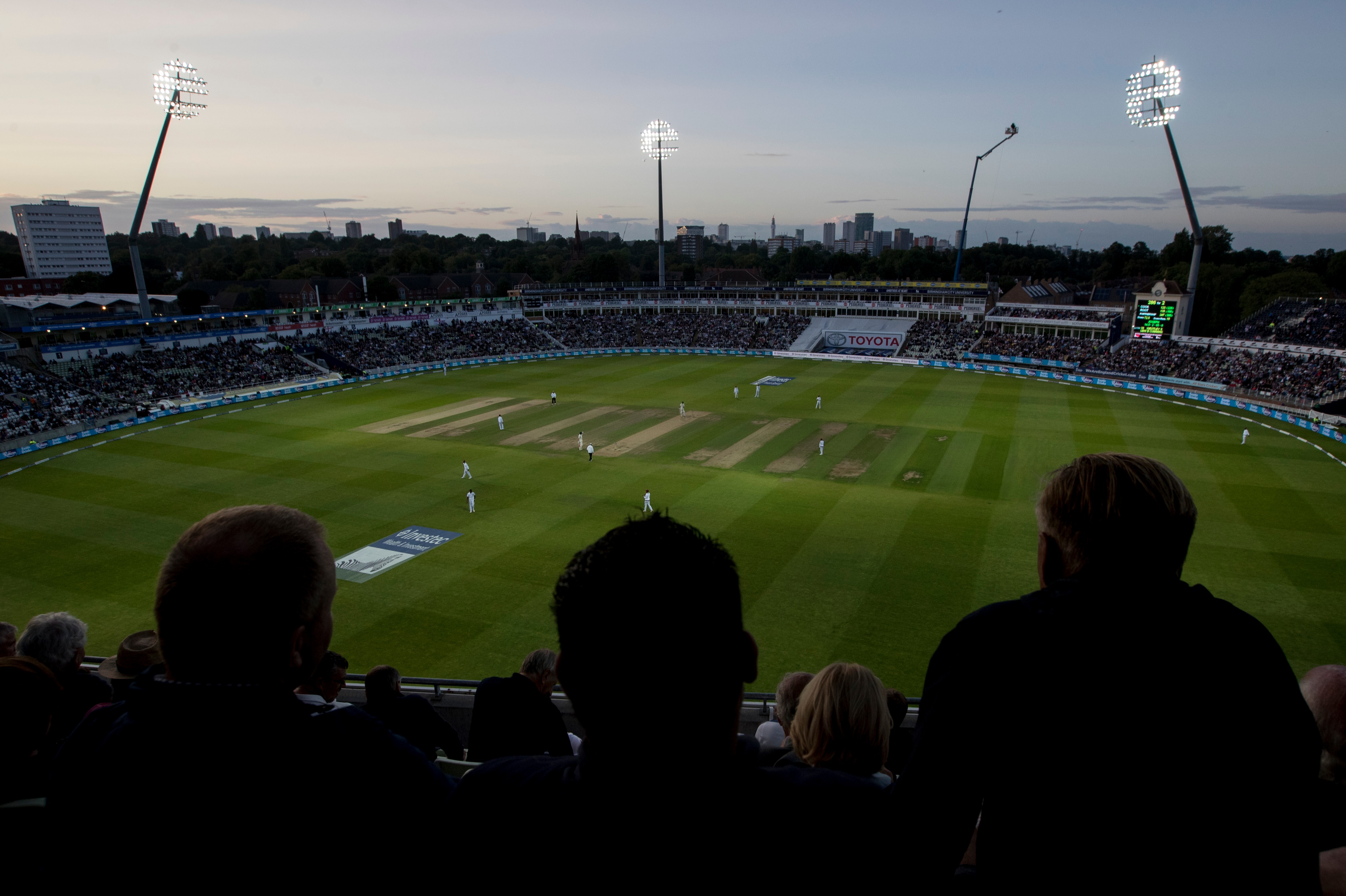 Root and Bairstow came together on Monday when England were wobbling at 109-3 having lost three wickets for two runs in the space of 16 balls.

They initially calmed the situation and soon took complete control.

They finished with an unbroken fourth-wicket partnership of 269 from just 52.3 overs.

England have now won all four Test matches this summer – a remarkable achievement considering they had just one victory in their previous 17 Tests.

Most read in Cricket 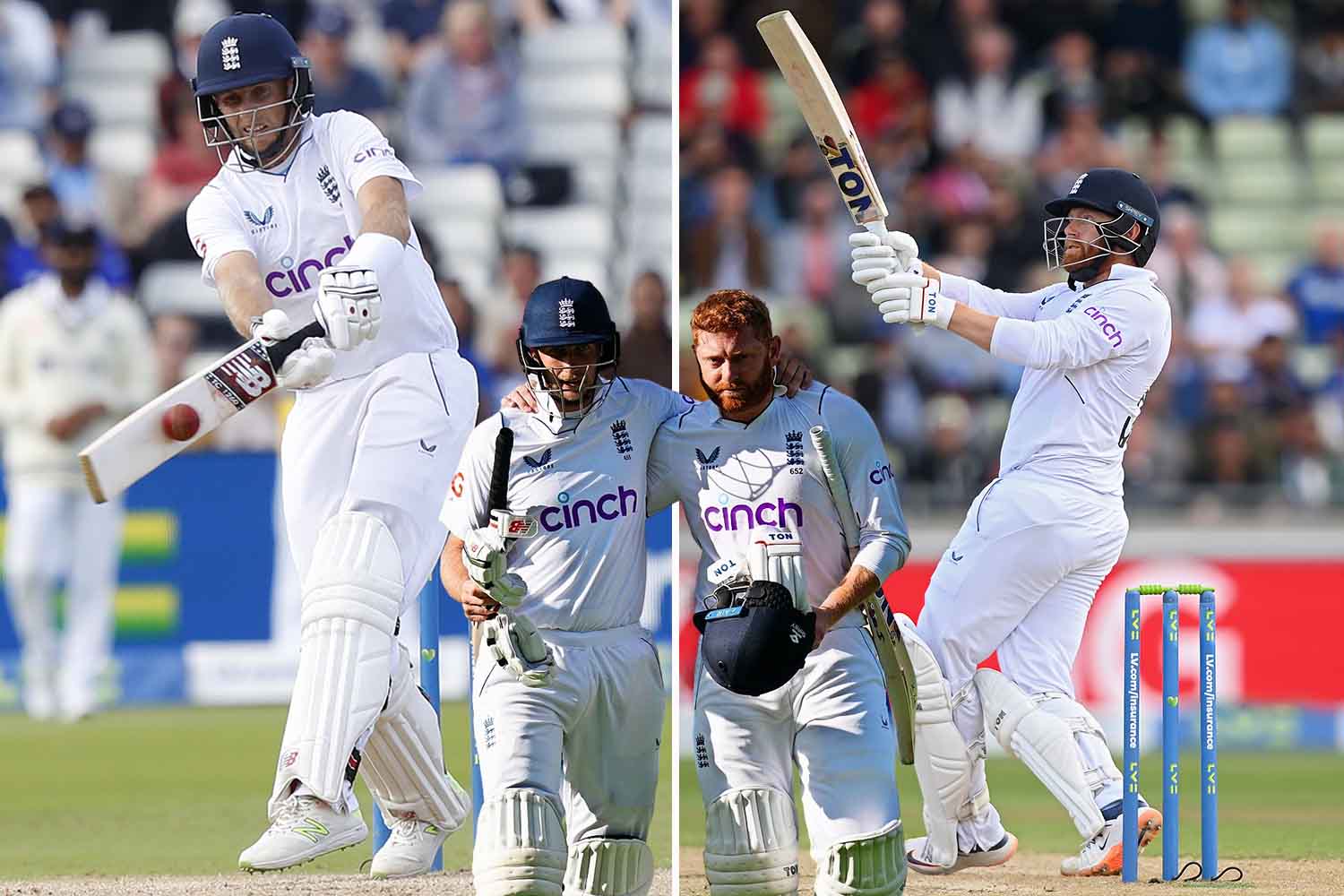 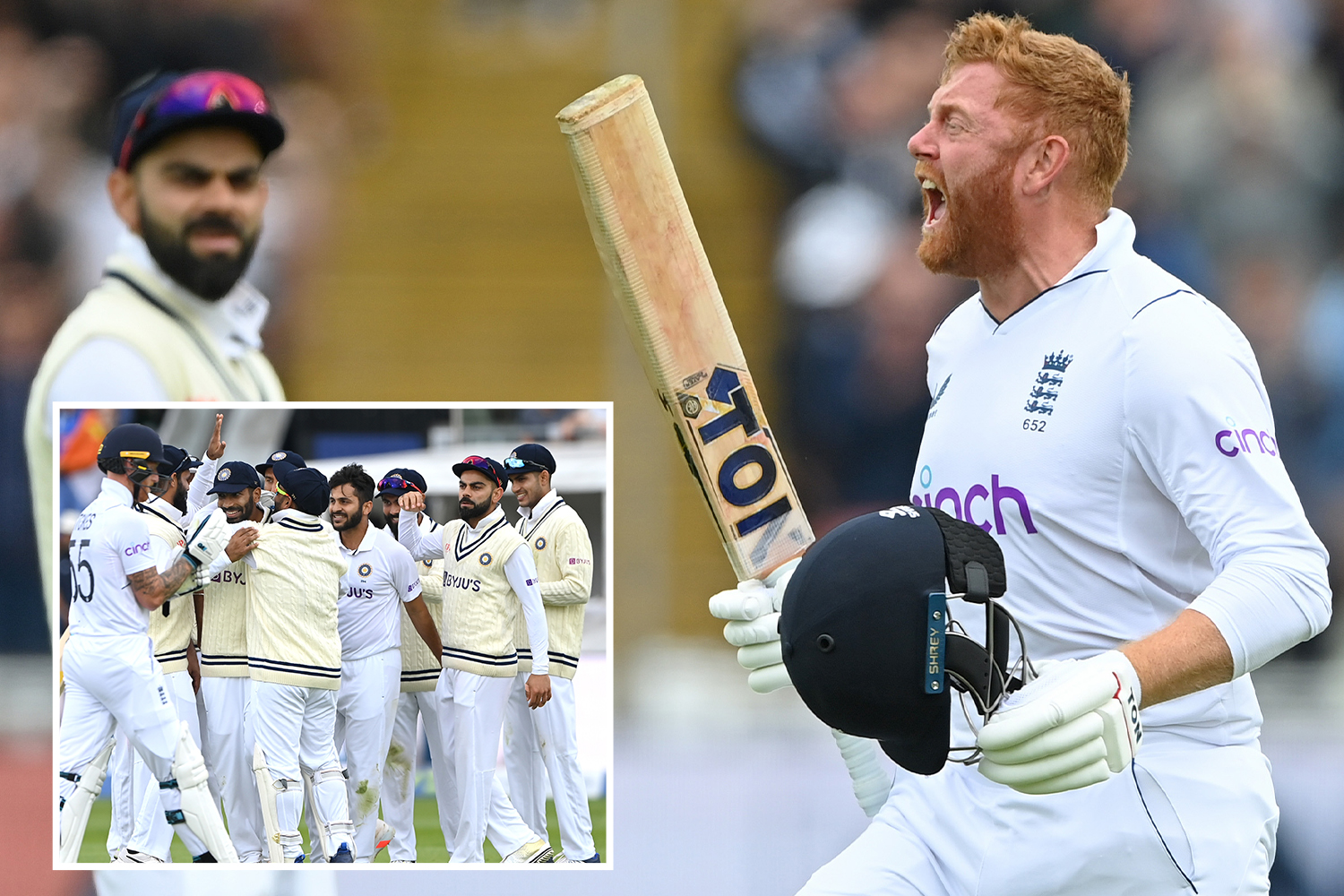 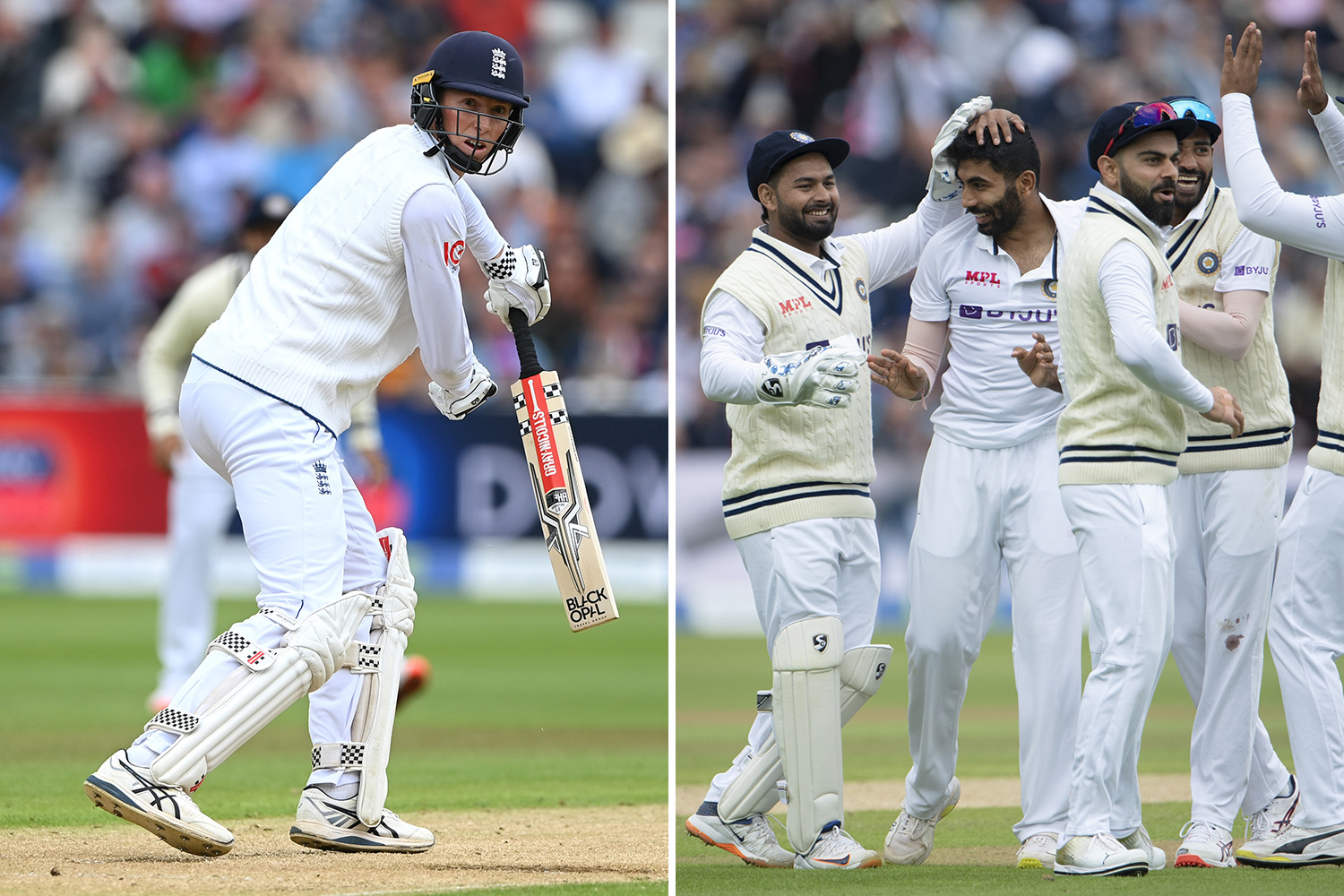 The results, performances and mindset have been transformed under new captain Ben Stokes and head coach Brendon McCullum.

Root raced towards his century with a flurry of boundaries and reached three figures by bouncing the ball over the slips off Mohammed Siraj and watching in joy as it scuttled for four.

As he celebrated, he removed his right glove and wiggled his little finger towards the dressing-room.

It is believed to be a bit of an in-joke among the England players and referencing the new Elvis movie.

Root even launched another of his reverse hits for six.

He produced two of them against New Zealand – against Tim Southee and Neil Wagner – and now he deposited Shardul Thakur over the boundary.

Root now has 28 Test centuries with eleven of them coming since the start of 2021.

This was his fourth hundred of the series and he becomes the first England batsman since Denis Compton to do that.

Bairstow got to the landmark from 139 deliveries with a single off spinner Ravi Jadeja and Root ran towards him for a huge embrace.

Bairstow can scarcely believe the incredible way he is batting at the moment.

England began the final day needing 118 more runs to win. They knocked them off in just 19.4 overs.

Root finished 142 not out and Bairstow made an unbeaten 114. 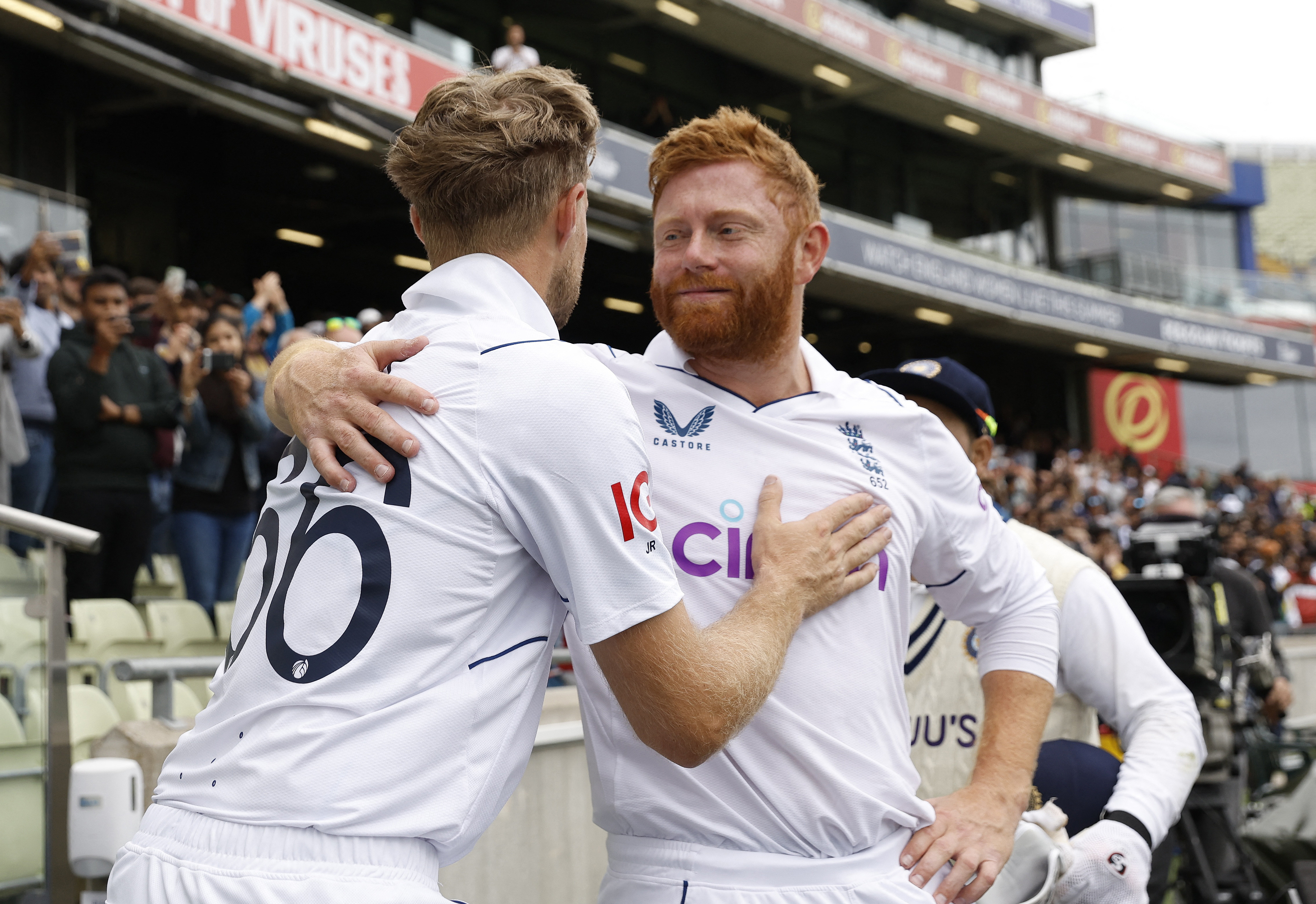 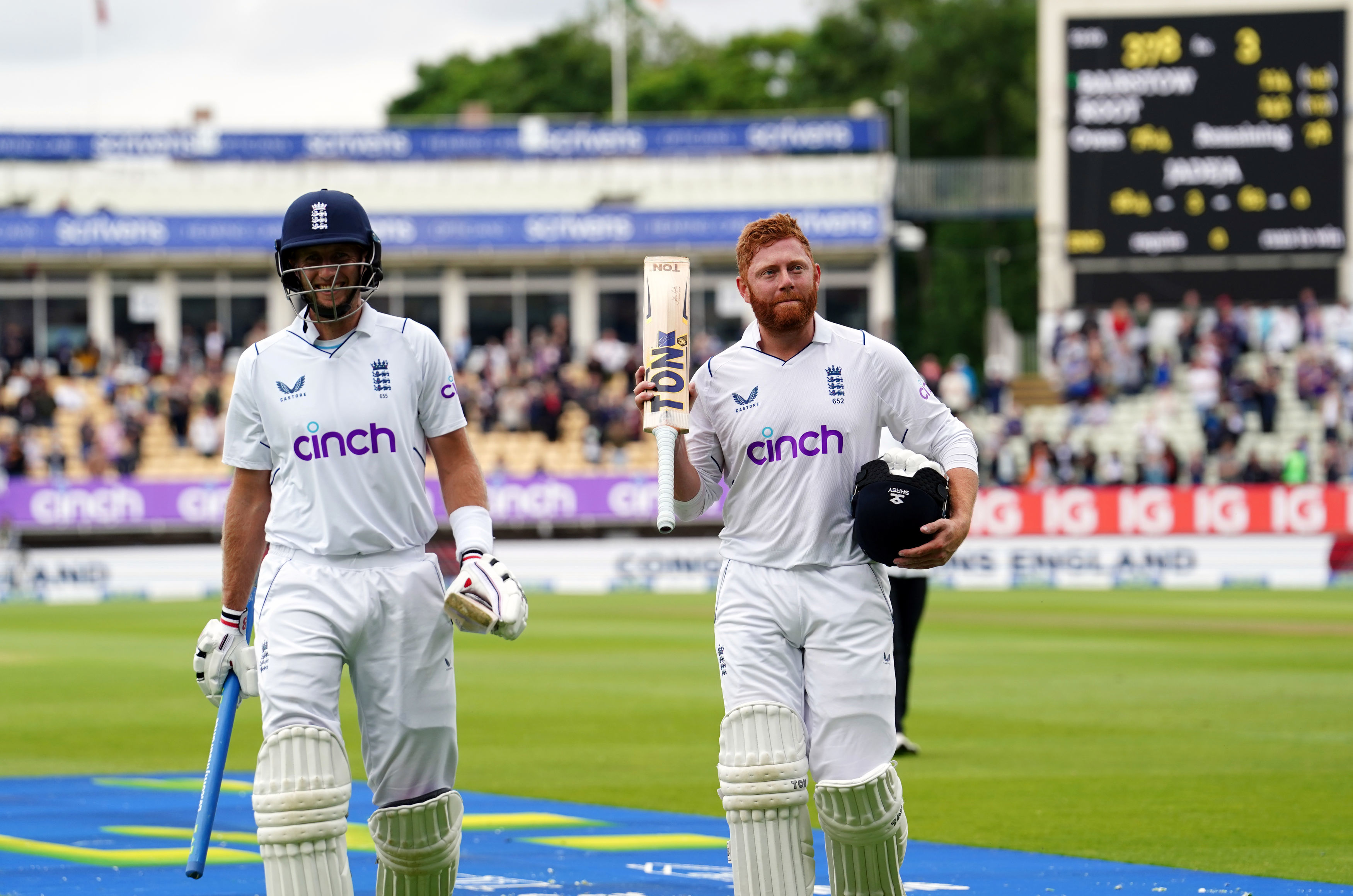 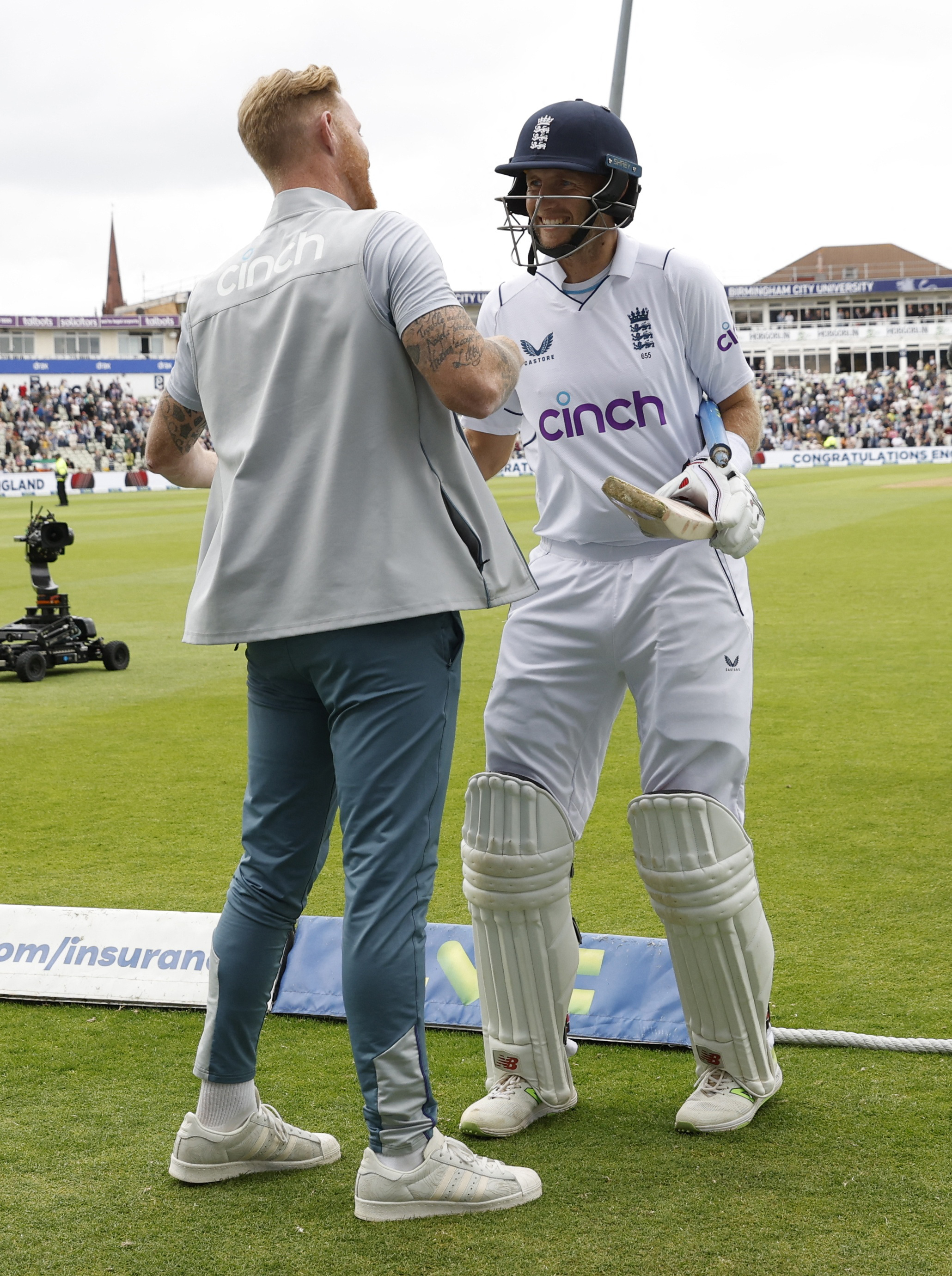