SENEGAL and Holland promises to be a firecracker when they collide to kicks-off their respective World Cup campaigns on Monday.

The Dutch go into the Group A game as heavy favourites – despite missing out on the last tournament four years ago in Russia. 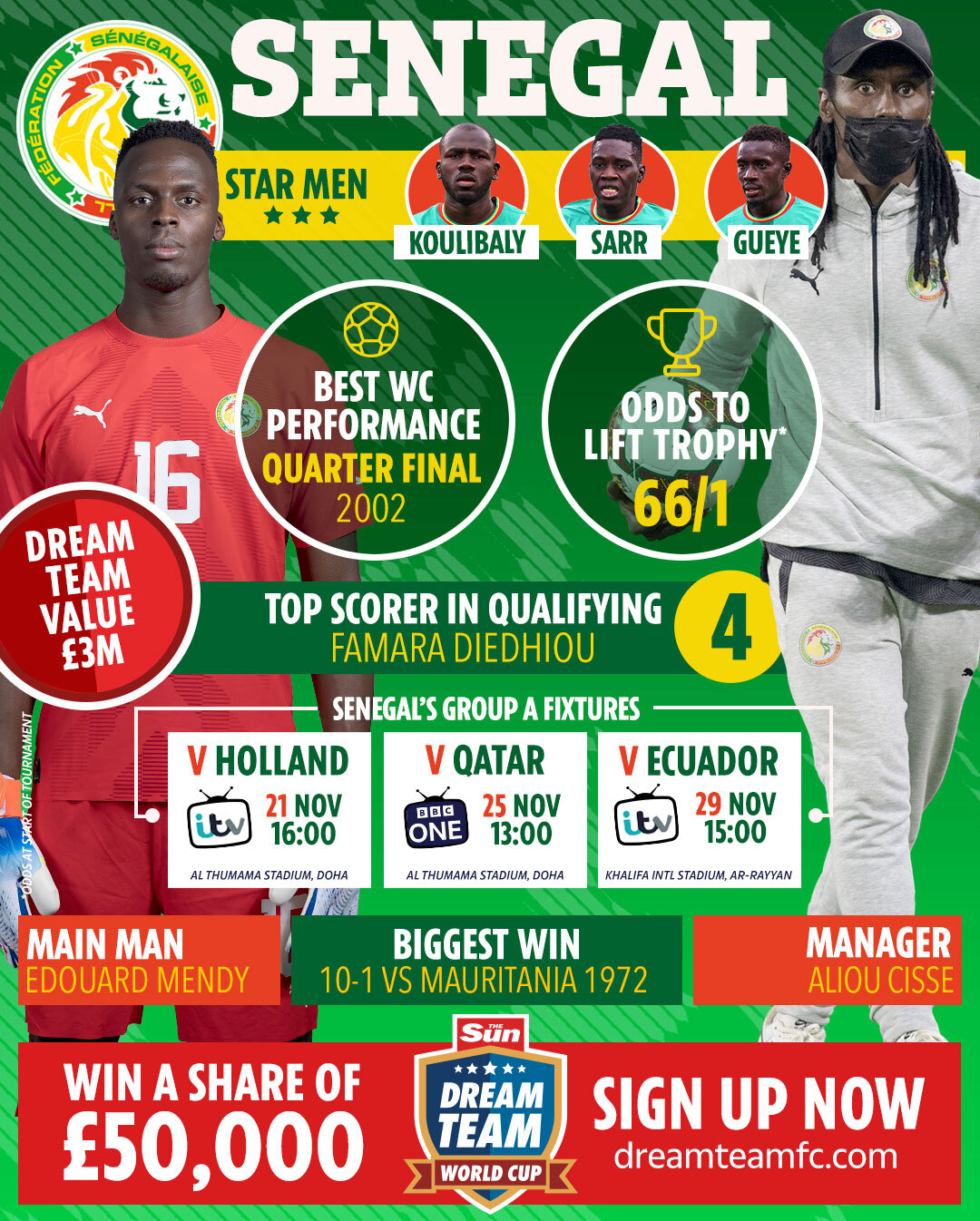 However, the reigning African champions still pack a punch elsewhere and will be looking to make history themselves in the Middle East.

Following their AFCON success, they are aiming to become the first African nation ever to lift the World Cup.

It’s a first-ever meeting between the two nations.

Here, SunSport previews the clash that will undoubtedly have the eyes of the world on it: 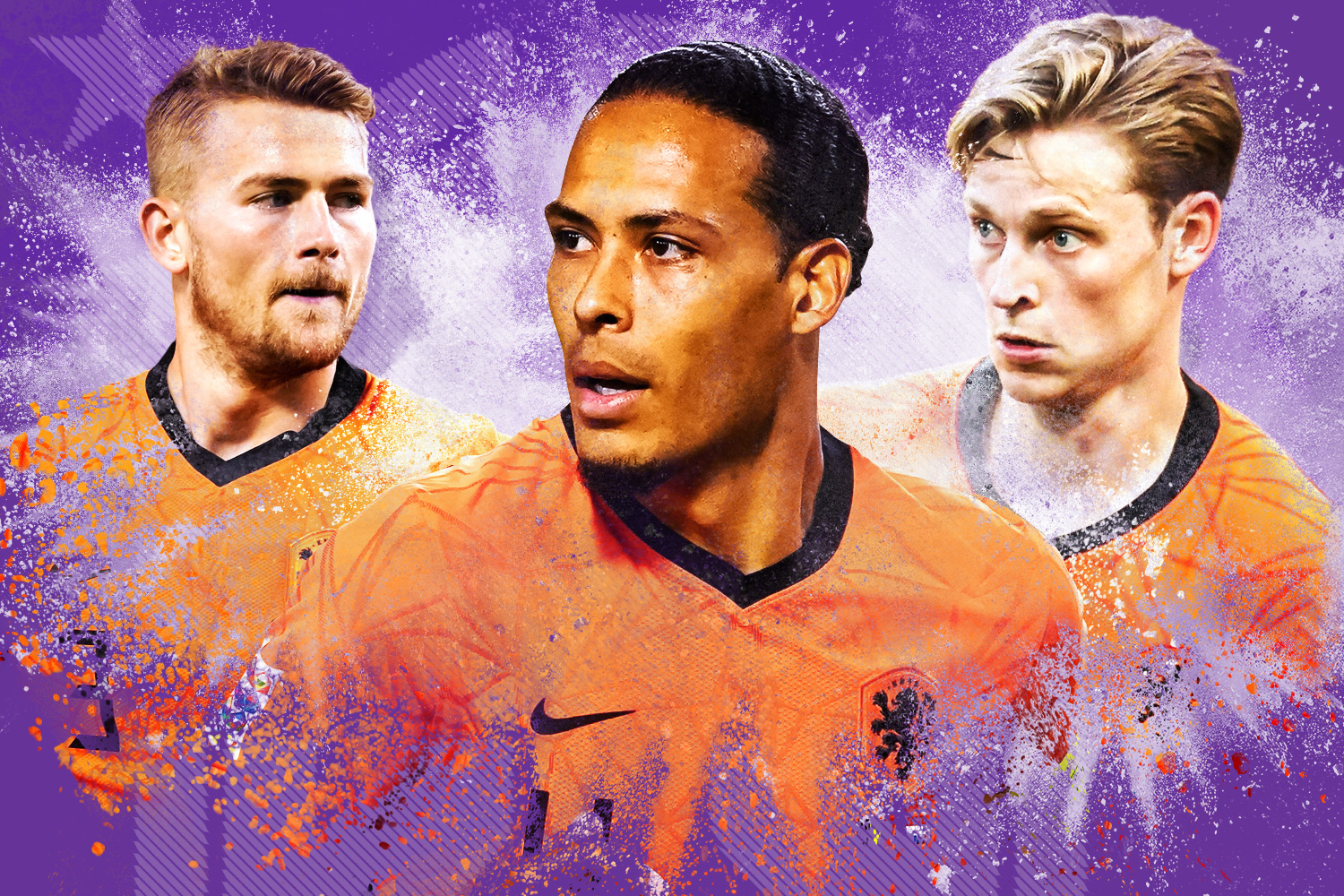 How did they get there?

Senegal: Senegal booked their place in Qatar by eliminating Egypt in the African play-off on penalties.

That was after they finished top of Group H to go into the play-off.

Holland: They finished top of Group G, two points ahead of Turkey, to qualify automatically. 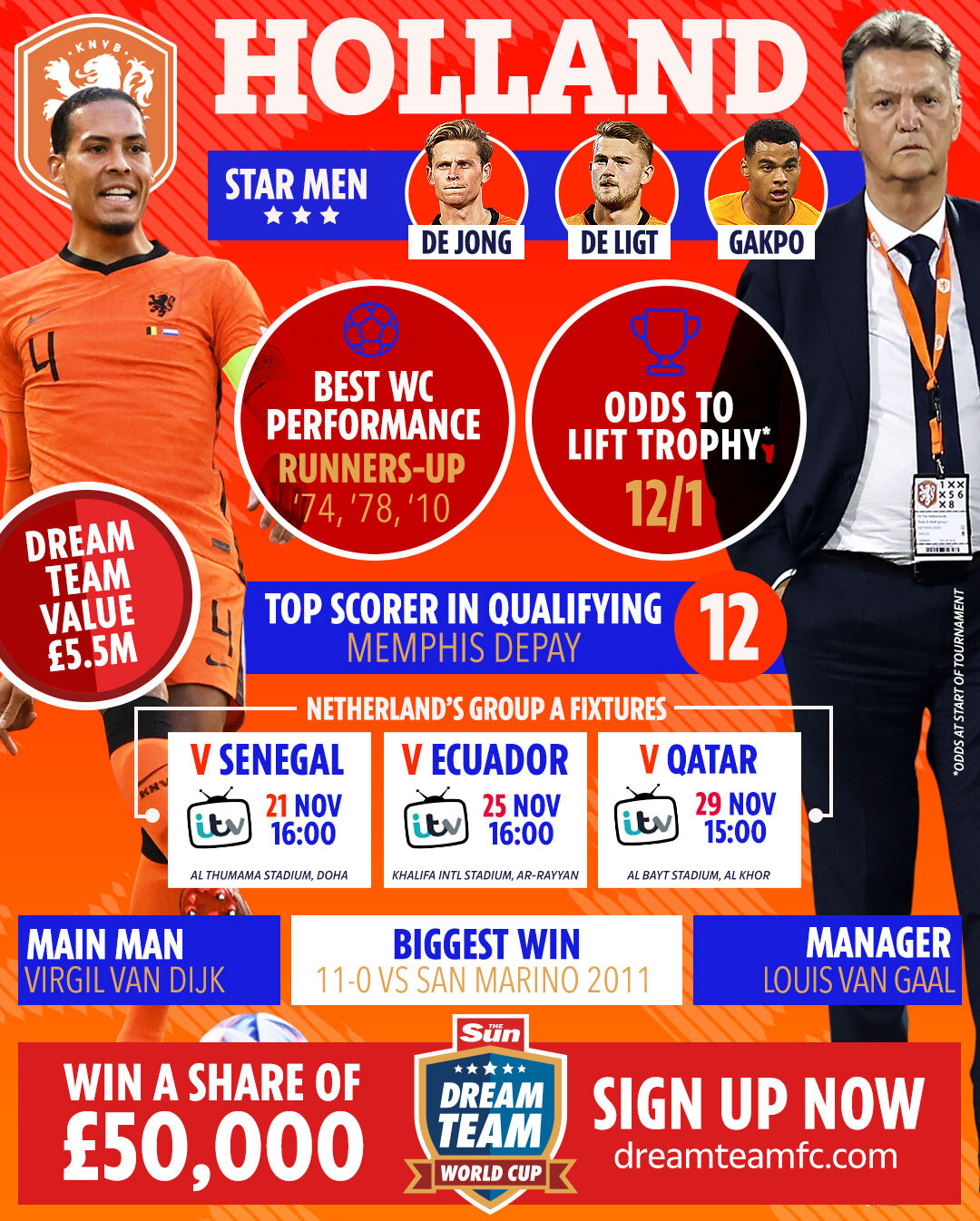 Senegal: They come into the tournament on the back of a three-match unbeaten run and are still riding high from their AFCON triumph in February.

Holland: You have to go back 15 matches to find Holland’s last defeat.

That was against Czech Republic in the last-16 at last summer’s Euros.

Everything you need to know about the World Cup

World Cup schedule: What are the kick-off times for ALL matches?

World Cup prize money – how much does the winner earn?

Who are the ITV pundits and commentators?

Who are the BBC pundits and commentators?

Meet England's World Cup wags, who are staying on a £1bn cruise ship

Who are the managers?

Senegal: Aliou Cisse will be well-known to the fans of Portsmouth and Birmingham following his spell as a player in the Premier League.

The former midfielder, who was capped 35 times during his midfield playing days, took charge of his country in 2015.

He led them to the last World Cup and then the AFCON title earlier this year.

Holland: Louis van Gaal is currently in his third stint as national boss.

He led his country to a third place finish at the 2014 tournament and will be hoping to guide them all the way to the prize that has so far evaded them this time around.

The 71-year-old is stepping down from the role following to tournament to be replaced by Ronald Koeman after a battle with prostate cancer. 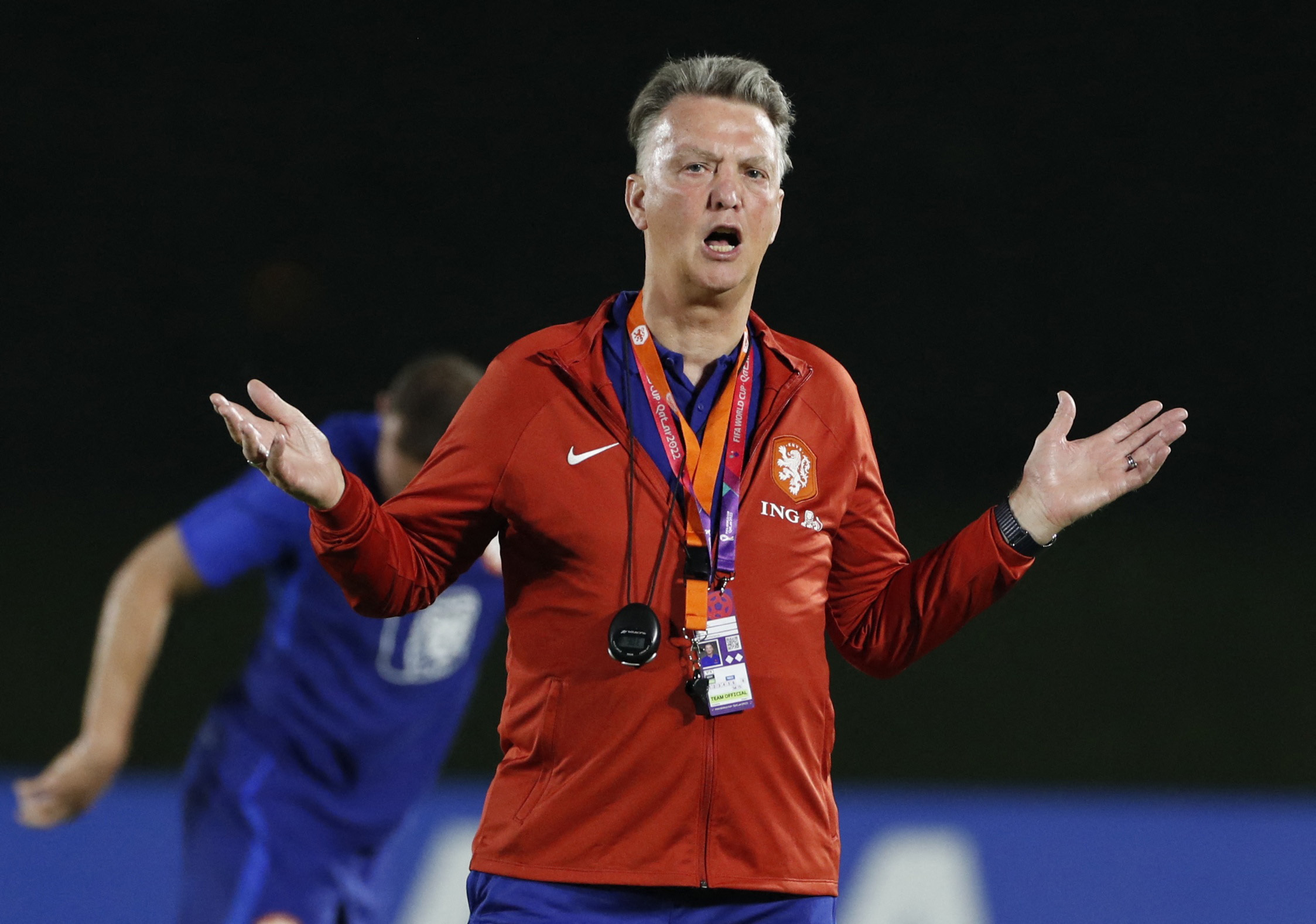 Who are the star players?

Senegal: They suffered a nightmare when star man Sadio Mane was ruled out of the tournament.

He suffered an injury to his right fibula in Bayern Munich's penultimate game before the break and the 30-year-old will not recover in time to play in Qatar. 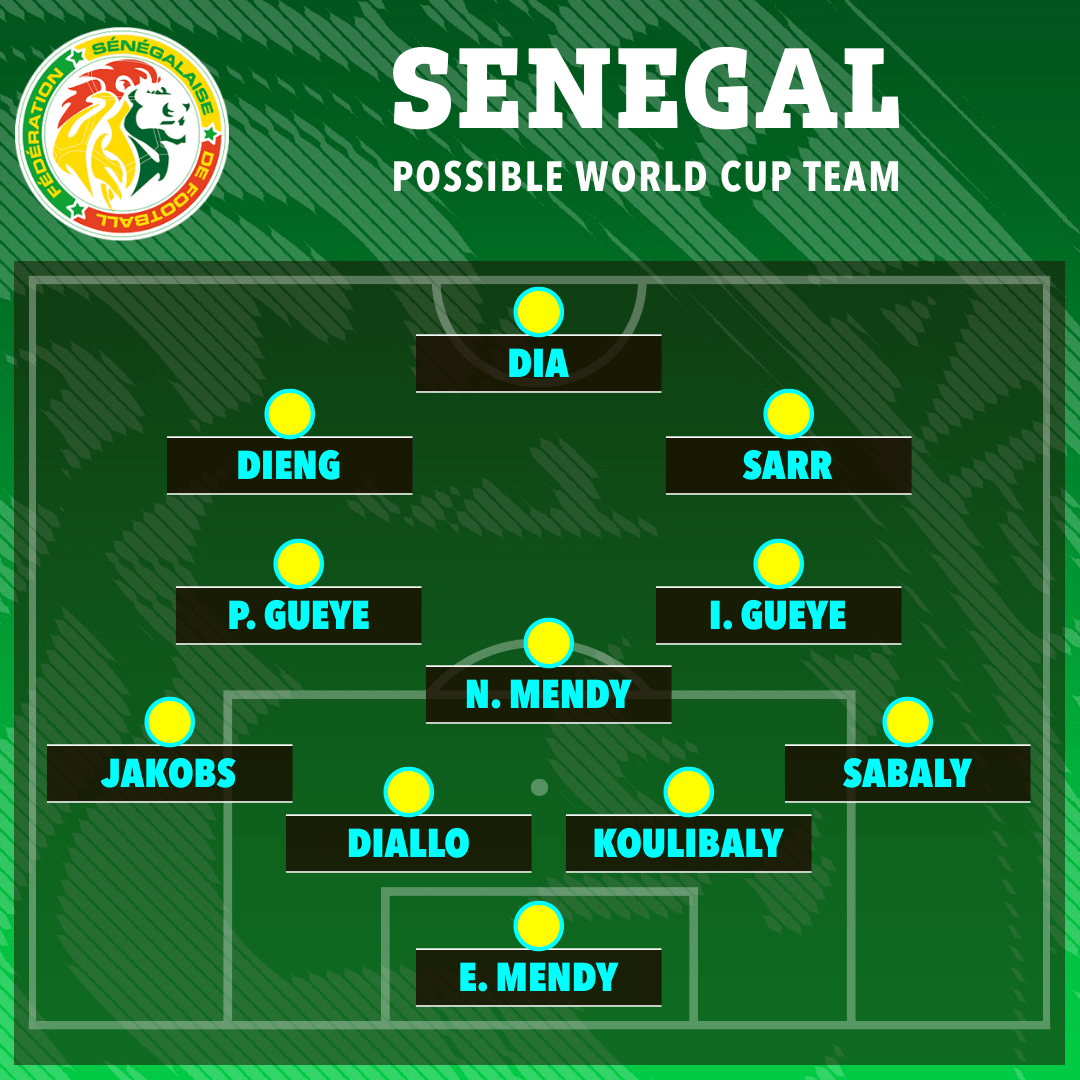 Holland: Van Gaal has a star-studded squad to choose from – but it will be Liverpool’s Virgil van Dijk that will be tasked with keeping out the opposition.

The 31-year-old centre-back is finally getting the opportunity to showcase his talents on the biggest stage of all.

Throw in Frenkie de Jong and Matthijs de Ligt into the mix, and it will take some team to stop the Dutch. 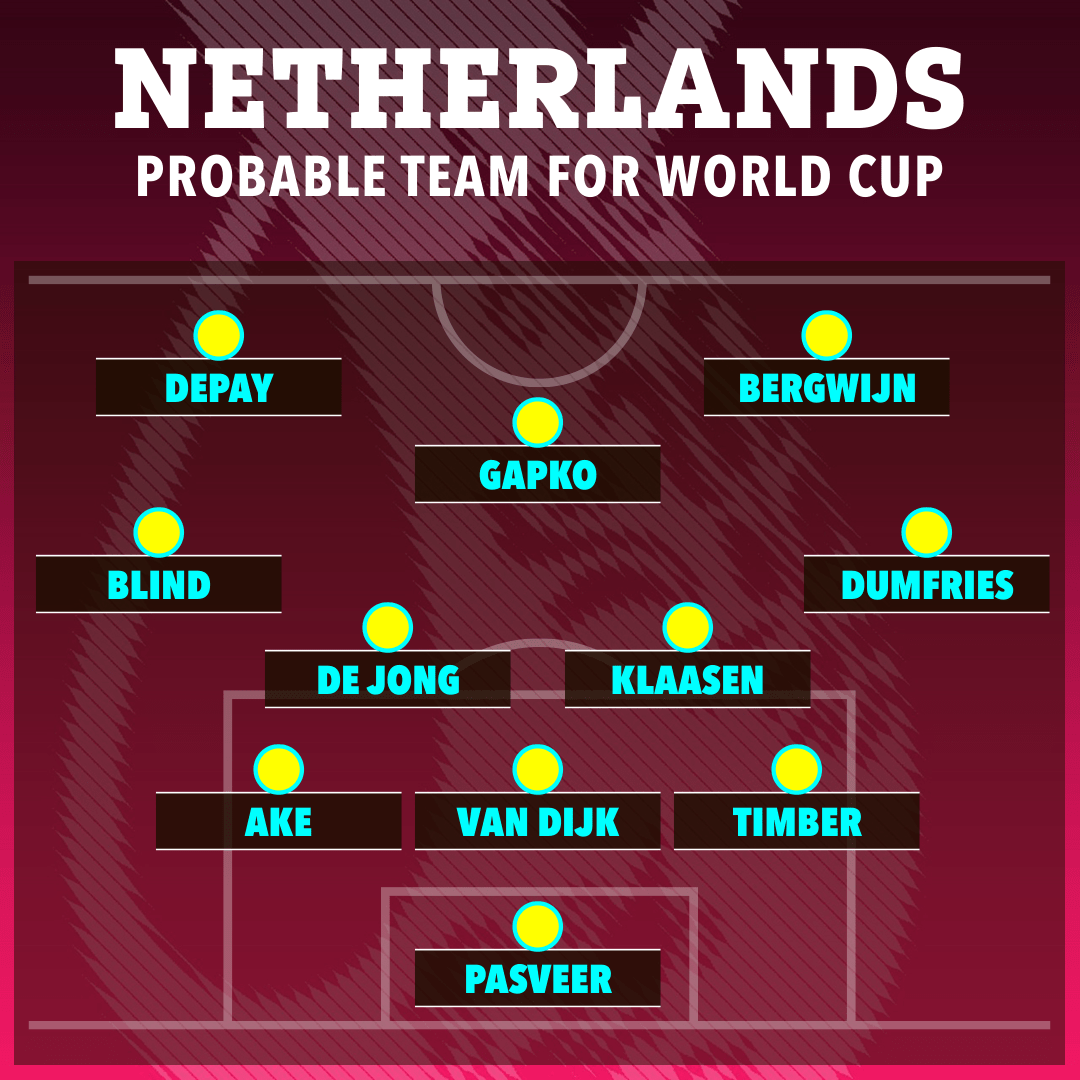 What’s the head to head?

It’s a first meeting between the two countries.

What TV channel will show the game?

The match is on ITV in the UK and can be streamed on the ITV hub for all those with a TV licence.

It kicks-off at 4pm on Monday.

What are the odds?

Senegal could prove to be a wildcard at the tournament.

However, without Mane, they may not be able to lay a glove on the Dutch.