Laura Muir admitted the fear of failure drove her on after ending her wait for an Olympic medal by taking a brilliant silver in the 1500 metres.

Muir has suffered agonising near misses in major championships before after coming seventh at the Rio Olympics, fourth at the 2017 World Championships by 0.07 seconds and fifth two years later.

She has previously won five European titles and World Indoors silver and bronze but feared she may lose out on a medal in the final stages in Japan.

“I don’t think I’ve ever been so scared for a few seconds,” she said. “The past few times I have lost in that last 200 metres, I’ve been there and I’ve lost it.

“So I’ve not been in a position where I’ve been coming through. So I was so scared that I was going to get pipped to fourth.

“I just thought, ‘run as hard as you can’ and I was like, ‘if I don’t run another step again, just make sure I get to the line as fast as possible’.

“I honestly can’t put it into words. I’ve been missing out on global finals since 2015, coming fourth, fifth twice, sixth and seventh.

“Then for my first global (outdoor) medal not only to be an Olympic one but a silver against that calibre of that field and to have a British record as well, I just couldn’t be happier.” 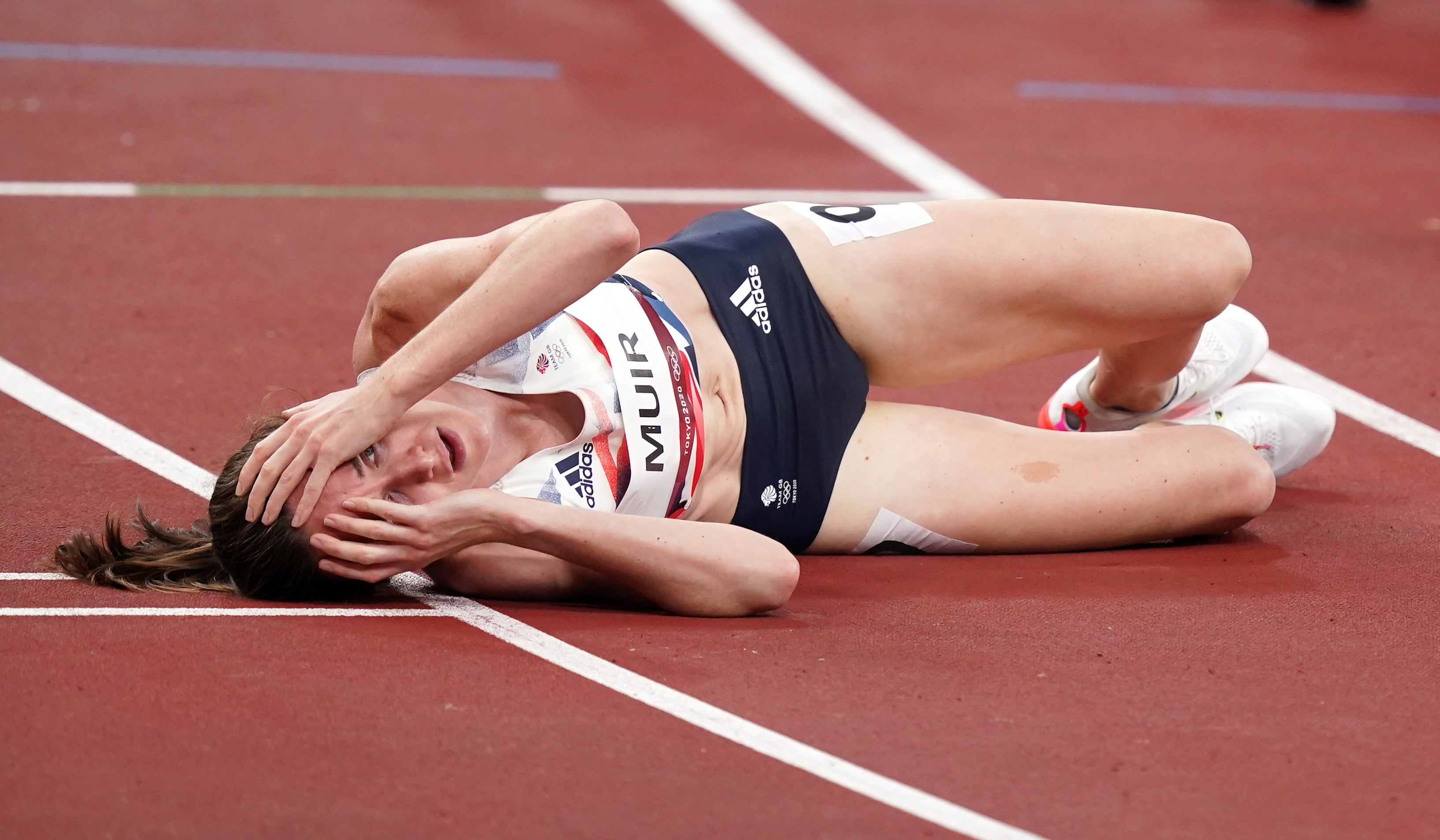 Hassan was going for an unprecedented treble having won the 5000m while she is also in the 10000m on Saturday but she faded in the final lap as Kipyegon took the lead before Muir moved into second with 200m to go.

Muir said: “The Olympic medal is the hardest one to get and I’ve got it so I’m very, very pleased with that. I’ve won world indoor medals, European indoor medals, I’ve been European champion so I want to complete the set, I guess.

“I just need to win a Commonwealth medal and a world medal. I’d love to do that next year – it’s great we have that opportunity next year.

“As many medals as possible would be great but if I finish my career tomorrow I know I’m an Olympic silver medallist, which is fantastic.”

The 28-year-old also burst into tears lying on the track after crossing the line as the relief flowed.

“I knew I was going cry. Whether I got a medal or not, it was always going to end in tears, but I’m just so happy it is happy tears this time,” she said.

“There have been a lot of sad tears over the past few years. It’s great that I have finally got this, with Covid and everything and this (the Olympics) having been delayed, it is such a huge relief to finally get a medal.”

Muir adds to Keely Hodgkinson’s 800m silver and Holly Bradshaw’s bronze, with the women’s 4x100m relay team winning bronze on Friday before the men’s squad took silver, missing out on gold to Italy by 0.01 seconds.

The men’s 4x400m relay squad failed to make the final after coming sixth in their heat while Jodie Williams finished sixth in the 400m final.