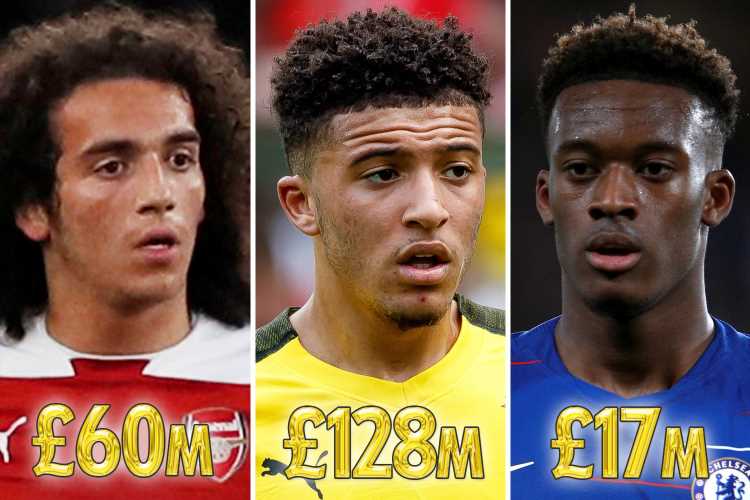 ENGLAND star Jadon Sancho is by far the most valuable young player in Europe with a price tag of £128million, according to new research. 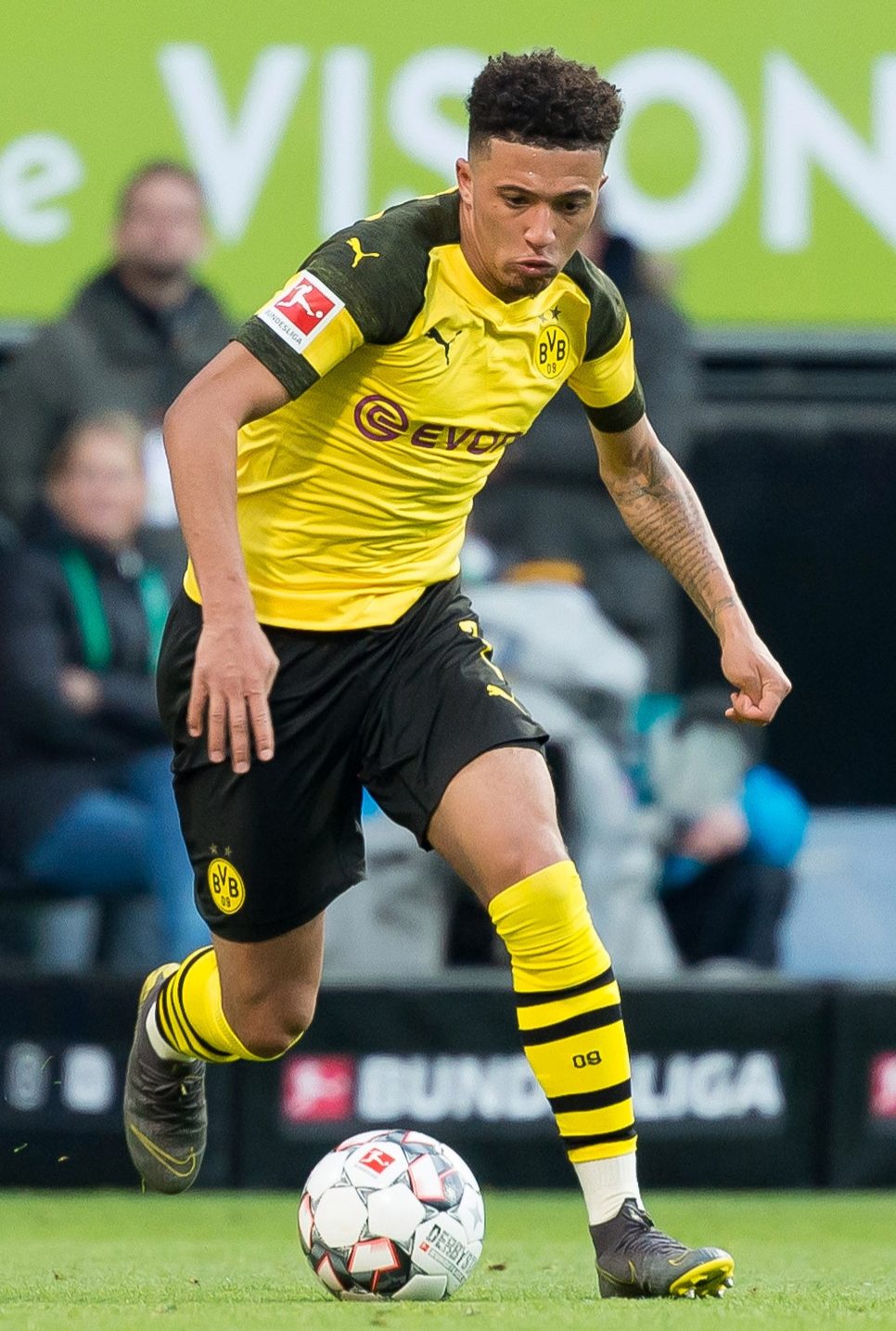 Former Man City star Sancho turned his back on the top flight here for regular football with Borussia Dortmund in Germany, and is reaping the rewards with a breakthrough season.

He is now worth DOUBLE the next best Under-20s player in Europe's top five leagues, according to research from the respected study centre.

Sancho, 19, joined Dortmund for £8m in 2017 and since then has racked up awards and made history – as well as making his Three Lions debut.

SunSport told you Man Utd chiefs had met with his camp over a sensational switch.

And all that means the winger is worth £128.2m in the current transfer market, based on a complex algorithm that takes into account past fees, contract length and on-field performances.

Midfielder Guendouzi, 20, was bought by the Gunners for £7m last summer but his first season in the Prem has boosted his worth almost tenfold.

And 18-year-old Fulham full-back and Spurs target Ryan Sessegnon does too, coming tenth with a valuation of £37m.

But surprisingly Chelsea star Hudson-Odoi, so strongly linked with a £40m move to Bayern Munich, is only worth £17m according to the figures.

That places him 20th in the findings, sandwiched between Stuttgart centre-back Ozan Kabak (£17.8m) and Juventus star Moise Kean (£17.4m).

In front of him in the rankings is Burnley's 19-year-old attacker Dwight McNeil (£24m).

Man City's Phil Foden also beats Hudson-Odoi, with a market worth of £18m. 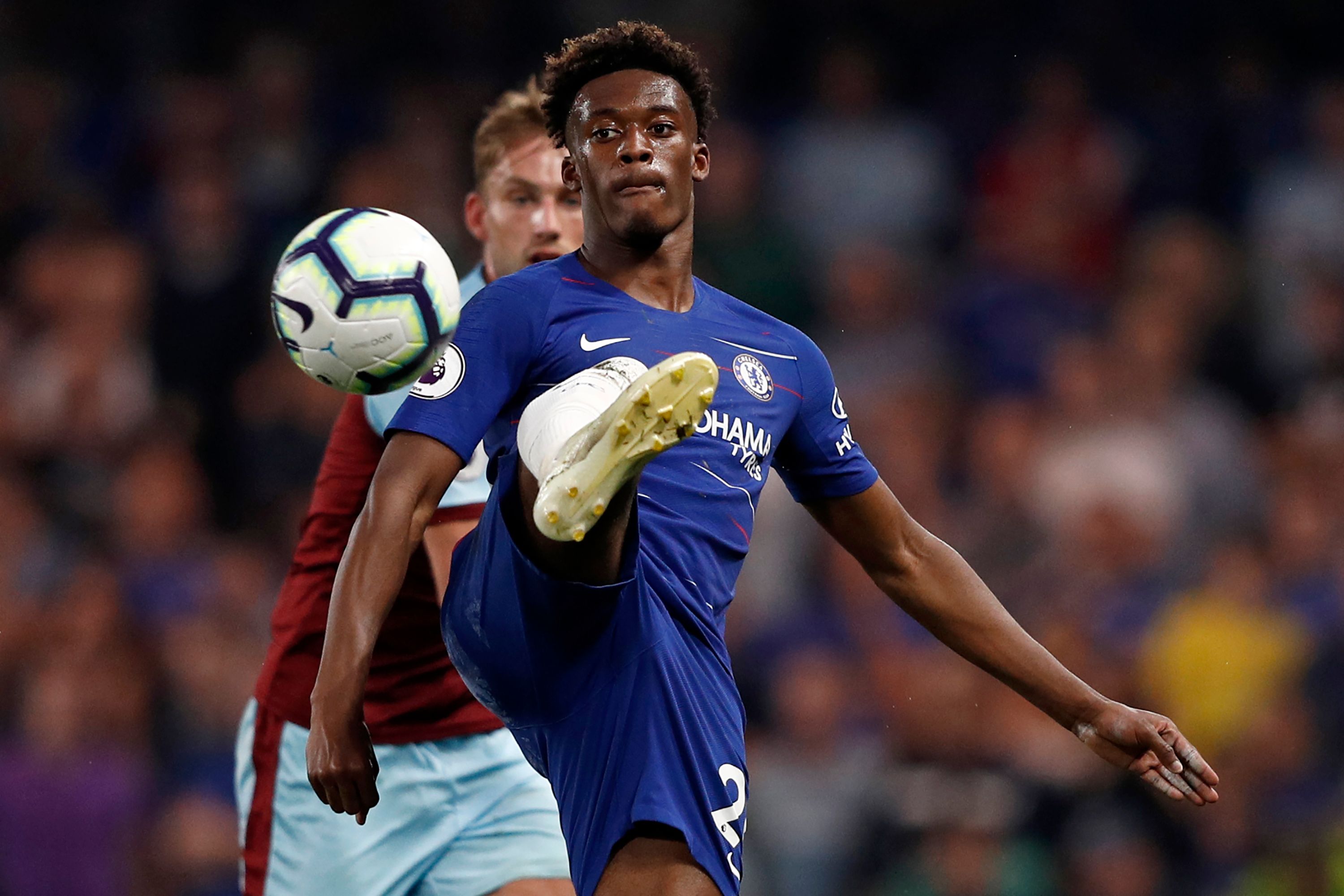