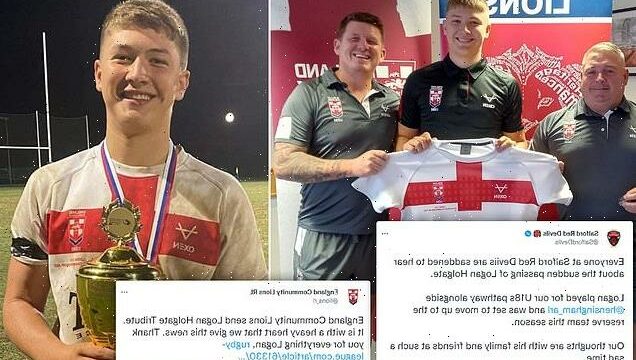 Tributes have flooded in after news broke on Wednesday that the teenager – who was part of the youth set-up at Salford – had passed away, with the Rugby Football League joining his former club in offering emotional messages for the ‘talented hooker’.

The cause of the teenager’s tragic passing are still unconfirmed. 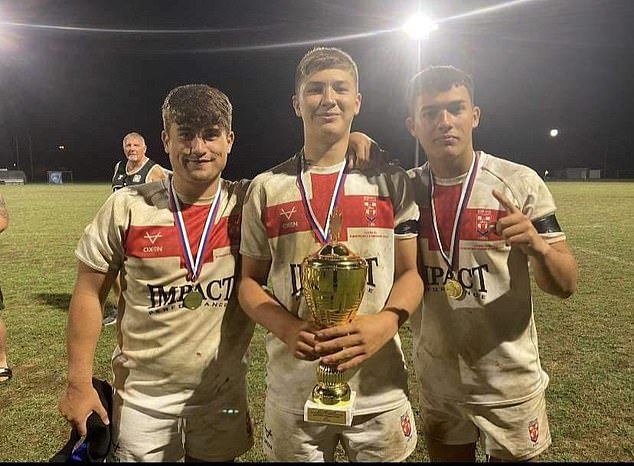 As well as being on the age-group pathway at the Super League side, Holgate was also playing for Hensingham at the same time.

The youngster was also notably selected for the England Community Lions Under-19s side in 2022. 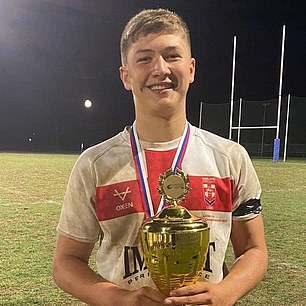 Salford offered a heart-felt tribute on social media following the tragic news of his sudden passing, as well as sending out their support to Holgate’s family.

They wrote: ‘Everyone at Salford Red Devils are saddened to hear about the sudden passing of Logan Holgate.

‘Logan played for our U18s pathway alongside @hensingham_arl and was set to move up to the reserve team this season. Our thoughts are with his family and friends at such a sad time.’

And the Red Devils were joined in honouring Holgate by the RFL, who said they had been aware of his talent since ‘2021’, as well as paying tribute to his ‘infectious attitude’ and ‘lasting legacy.’ 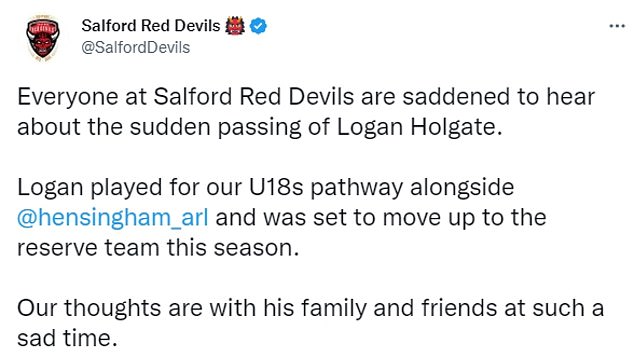 ‘Everyone connected with the England Community Lions Programme was saddened to hear about the sudden passing of Logan Holgate on Wednesday 11th January,’ their message read.

‘The talented hooker, who played with distinction for Hensingham, including in the melting pot of the National Conference last season, followed the family tradition in represent the Lions, hot on the heels of big brother Ellison and younger brother Fletcher.

‘Logan first caught attention in 2021 and made his Lions debut for the Under 16s in a victory over Wales at Colwyn Bay. 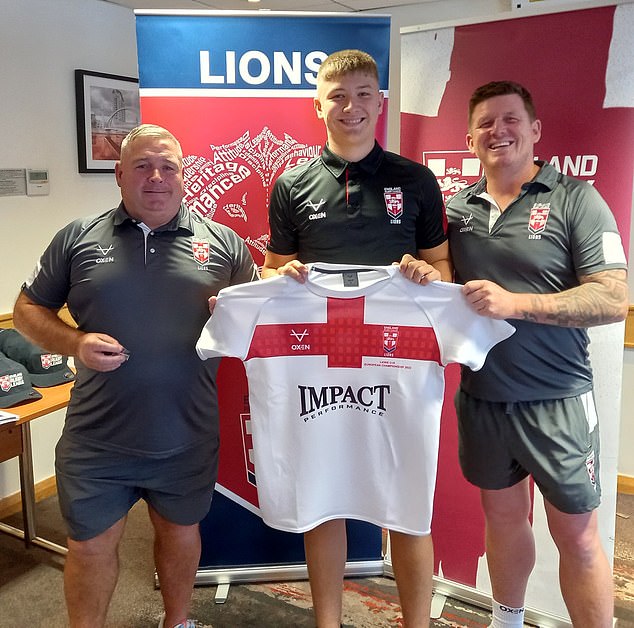 ‘Whilst in Italy, he was a virtual ever present during the exhausting six game qualifying day, impressing team mates and staff alike with his work ethic, infectious attitude and quick humour.

‘He then played superbly in the Semi Final and again in the Final as the Lions swept aside Wales before defeating France to win the Under 19 European Championships for the first time in dramatic and emotional scenes.

‘He leaves a lasting legacy on the programme and staff – a brilliant young man and team-mate. All our thoughts and condolences are with his family and friends at this devastating time.’

And Hensingham, for whom Holgate was playing at youth level alongside his role in the Salford youth set-up, offered a tribute of their own.

And in a touching move, the club have also changed the picture of their Twitter profile to Holgate’s face, following the desperately tragic news.

‘It is with great sadness that we have to announce the passing of one our lads, Logan Holgate today.

‘Logan has been with the club since he was young and has been playing for our open age and under 18’s this year. We would like to place on record our condolences to the family and friends.

‘We are all devastated at the news and will continue to support the family as much as we can. RIP Logan.’