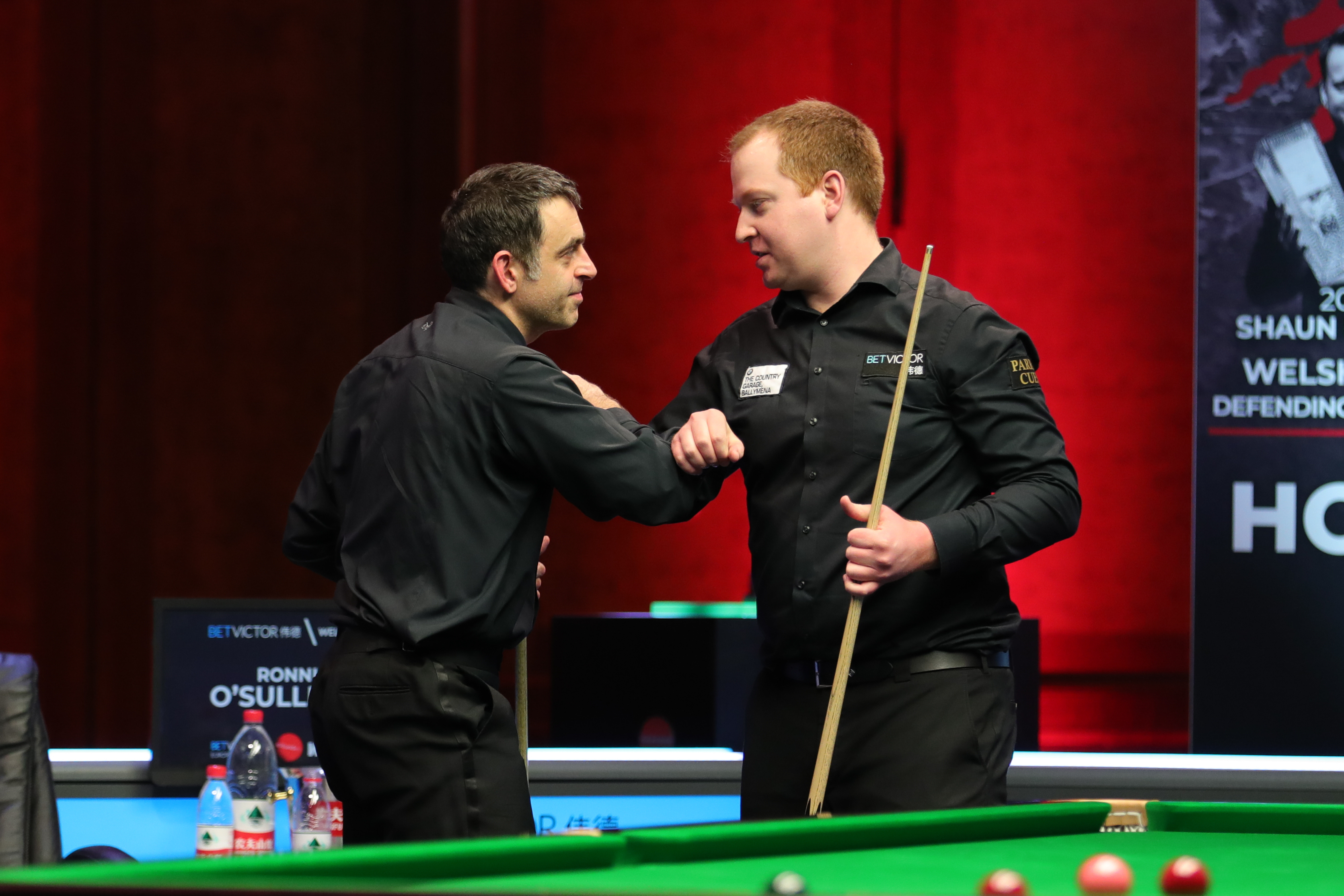 Ronnie O’Sullivan had nothing but praise for Jordan Brown after his stunning victory in the Welsh Open final on Sunday night, glad that his comments have helped spur the Northern Irishman on to success.

Brown completed a miraculous run at the Welsh Open this week by beating the Rocket 9-8 in the final at Celtic Manor in dramatic circumstances.

The 33-year-old came into the tournament with odds of 750/1 to lift the title but pulled off a string of upsets, including beating Mark Selby in the quarters and Stephen Maguire in the semi-finals.

After downing Maguire, Brown was faced with the prospect of taking on the Rocket in the final and was relishing the prospect after admitting he had been annoyed by O’Sullivan’s comments at last year’s World Championship.

Ronnie said he would have to lose an arm and a leg to drop out of the world’s top 50 and Brown, who came into this event ranked number 81, said they ‘didn’t go down well’ with him.

O’Sullivan insists they were comments meant to inspire players, though, and after his nail-biting loss in Wales, is glad Brown has used them in the best way possible.

‘He’s gone: “You know what, that’s what I needed to hear to motivate me.”

‘It’s worked for me in the past when people have doubted me and knocked me, I’ve just gone, “lovely.”

‘It’s the best inspiration you can get sometimes, so I’m looking for someone to knock me again.’

Brown has had a circuitous route to a ranking title, nearly giving up the game in his mid-twenties and only coming back onto the tour in 2018.

The Antrim Ferrari was then just one match away from dropping off tour last year before qualifying for the World Championship and turning his career around before surging on to this remarkable success.

O’Sullivan, despite the loss, is delighted for his conqueror, saying: ‘I don’t know  Jordan well enough to know his complete story but I’m over the moon for him to have got that victory today. How can you not be pleased for him?

‘I really enjoyed it, I really did, a good match to be involved in.

‘I was good, I could have been better, but I’ll take that game, scored okay, played some good safety. I’m not disappointed about how I played.’

O’Sullivan was remarkably chipper despite losing in a deciding frame of a ranking event final and insists he doesn’t get down about snooker matches anymore.

‘Listen, I’ve got my finger in quite a lot of pies now,’ he said. ‘This is one pie of seven or eight,

‘I’ve had a great week this week with some of the other fingers stuck in other pies. I’ve got to take the rough with the smooth, the snooker hasn’t been all bad.

‘I’ve had some other good stuff that’s gone on this week as well. I’m not just a snooker player now, I’m here because I want to be here and I’m playing just for the fun of it, which is a nice place to be in.’

O’Sullivan won his first ranking event title all the way back at the 1993 UK Championship and recalls what he did after, as Brown, a bit depressingly, celebrates his maiden ranking crown alone in a Newport hotel.

‘I think I went home, stopped off in a service station and got recognised for the first time, that was pretty cool,’ said Ronnie.

‘He can drink some beer out of that trophy, I’m sure he’ll enjoy it.’