CHELSEA are frontrunners in the race to sign Inter Milan centre-forward Romelu Lukaku.

That's according to bookmakers Betfair, who've priced Thomas Tuchel and Co. at 7/4 to clinch his signature in the upcoming transfer window. 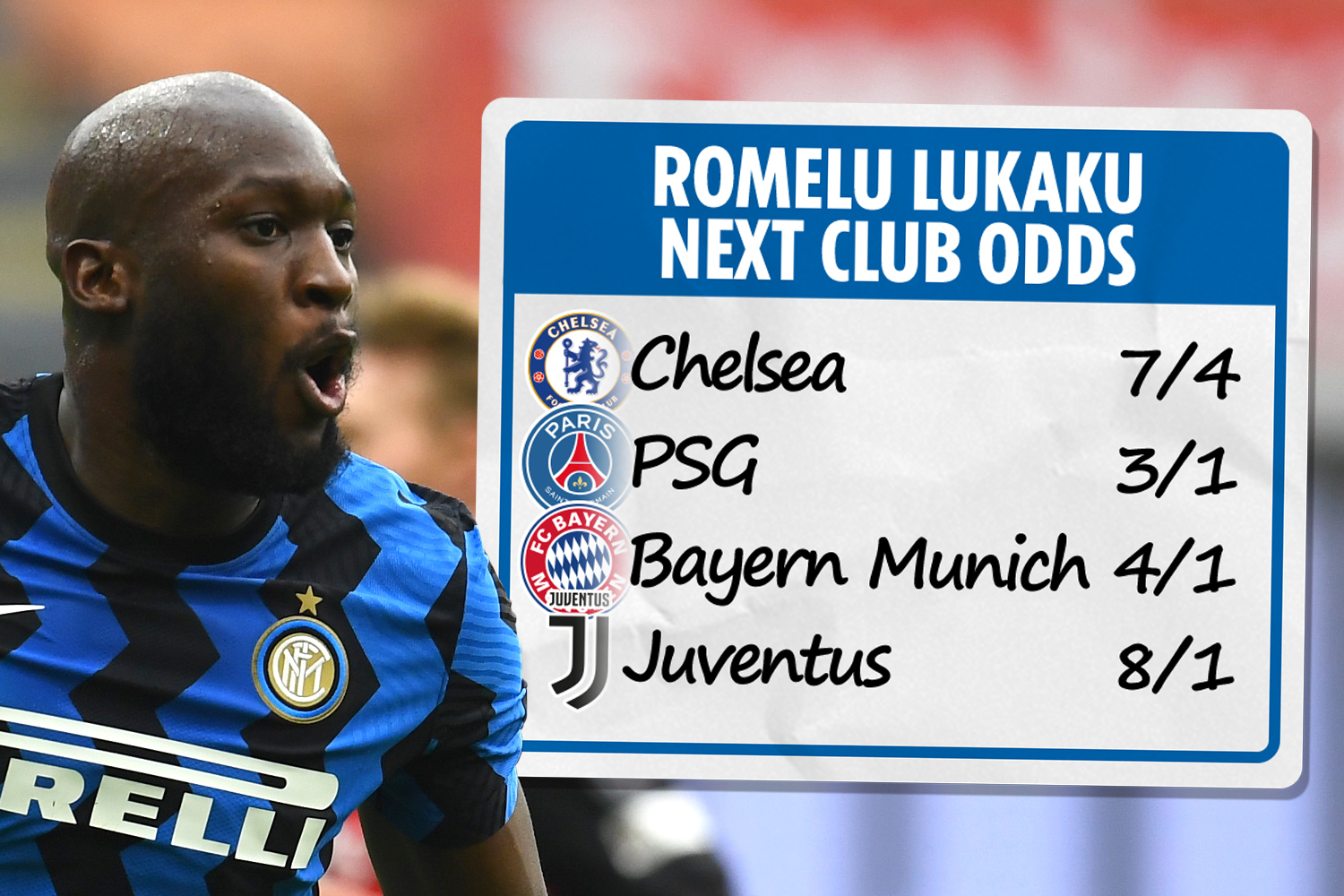 Chelsea are planning a complete overhaul of their attacking options this summer.

The Telegraph claim the Blues plan to free up over £200,000-a-week in wages by releasing Olivier Giroud and selling Tammy Abraham.

Abraham, 23, could potentially fetch up to £40million and Chelsea would use those funds to sign a big-name striker.

And high on their wishlist is a familiar face in Lukaku.

The Belgium international arrived at Stamford Bridge from Anderlecht for £13.5million back in 2011.

But things didn't click for the 27-year-old in West London having failed to score in his 15 appearances for the club.

And after a couple of successful loan spells with West Brom and Everton – he joined the latter permanently for £31.5m.

Sold by Manchester United despite having bagged 42 goals in 96 games – Lukaku is now on the cusp of helping Inter to a first Serie A title in over a decade.

And interest in his signature is at an all-time high.

SunSport understand that Chelsea will intensify their efforts to re-sign Lukaku, who is viewed as a more achievable target than Borussia Dortmund’s Erling Haaland.

However, he's likely to cost upwards of £90million given he's contracted at the San Siro until June 2024.

Paris Saint-Germain are second in the betting market at 3/1.

The French champions have previously shown interest in Lukaku and could well try again with Mauricio Pochettino at the helm.

Bayern Munich are available at 4/1 and might view Lukaku as a long-term replacement for 32-year-old Robert Lewandowski.

Juventus are offered at 8/1 with Borussia Dortmund further back at 12s, while Manchester United complete the betting market at a distant 16/1.