Boston Red Sox catcher Christian Vazquez ended a marathon Game 3 against the Tampa Bay Rays with a two-run walk-off home run on Sunday night to come within one game of winning their American League Division Series.

Vazquez pinch-hit for Kevin Plawecki earlier in the game and with a runner on-base and Luis Patiño on the mound, the catcher hit a booming shot onto the seats atop the Green Monster in the bottom of the 13th inning. Boston won the game 6-4 and is one win away from advancing to the American League Championship Series. 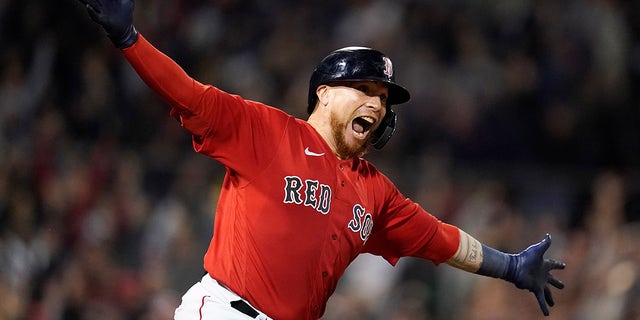 In the top of the 13th inning, Rays outfielder Kevin Kiermaier thought he had put his team up one run with two outs. He hit a shot to right field that nearly cleared the fence. Instead, the ball bounced off the wall and hit right field Hunter Renfroe before bouncing over the wall. Yandy Diaz scored and it appeared for a moment the Rays were going to take the lead.

However, the umpires ruled that Kiermaier hit should be ground rule double sticking Kiermaier on second base and Diaz on third instead of a two-out RBI double. Mike Zunino would then strikeout swinging to record the third out, leaving both players on base.

ESPN MLB insider Jeff Passan reminded fans of the rules regarding the play. 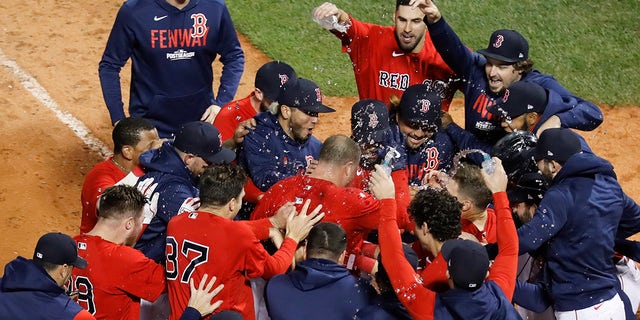 Boston got a huge game from Kiké Hernández. He went 3-for-6 with a home run and two RBI. He’s also the first player to have eight hits in a two-game span in a single postseason, according to MLB Stats. Kyle Schwarber also hit a home run off Rays starter Drew Rasmussen.

Tampa Bay got a valiant performance from its offense. Austin Meadows and Wander Franco each had home runs. Meadows finished with two RBI and Randy Arozarena contributed with an RBI as well. 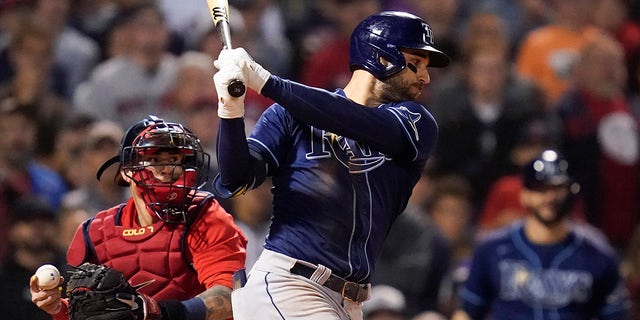